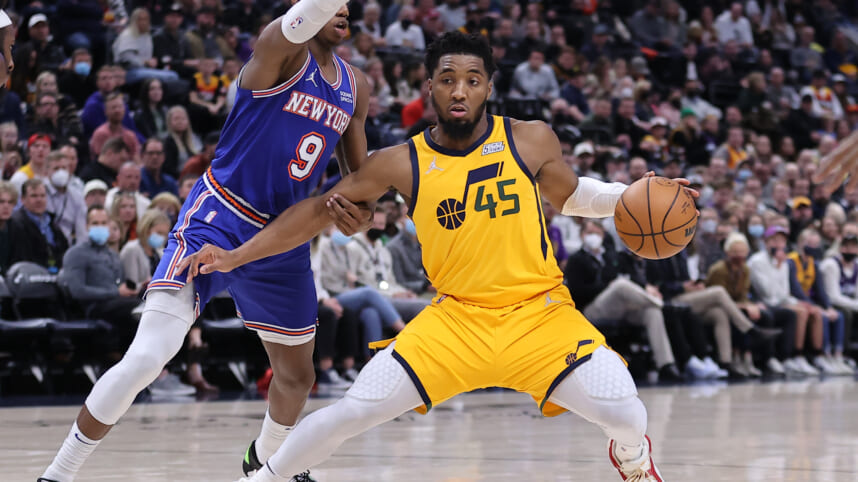 The Donovan Mitchell trade is for the New York Knicks to lose.

At least, that is what it appears from the latest report coming out of Utah.

“As of Thursday morning, the Jazz have multiple offers on the table for Mitchell from teams other than the Knicks that they deem intriguing and worth pursuing, according to sources.  They are offers, sources say, that the Jazz feel are worth pursuing, should talks between Utah and the Knicks stall.”

The Knicks and the Jazz are not close to consummating a trade despite a reported new offer centering on Obi Toppin and five first-round picks but only two of them are unprotected.

Utah CEO Danny Ainge has set a sky-high price which he is not willing to bend after collecting three unprotected first-round picks and a top-five protected pick in the Rudy Gobert trade.

New York president Leon Rose, however, is wary of giving away the farm for Mitchell, trying to save some of their assets for another star trade down the road.

The Knicks are reportedly one of Mitchell’s preferred teams should he get traded. The other two — Brooklyn Nets and Miami Heat — do not have the draft capital to pull off a deal.

With Kevin Durant and Kyrie Irving staying put in Brooklyn, there is no motivation for the Nets to pursue Mitchell. Besides, they need to unload Ben Simmons in a potential Mitchell trade since teams are not allowed to acquire two players on a designated rookie extension contract.

The Heat’s earlier offer featuring Sixth Man of the Year Tyler Herro has already been rejected.

Utah reportedly “wants a bushel of unprotected first-round picks… young players on manageable contracts that come with a significant amount of team control.”

This eliminates RJ Barrett, who is due for a lucrative rookie extension deal.

As of last month, five more teams — Washington, Toronto, Charlotte, Sacramento and Atlanta, have reportedly joined the Knicks and Heat’s pursuit of Mitchell. But just like the Heat, they could not rival the Knicks’ draft capital.

Durant’s decision to withdraw his trade demands has helped the Jazz’s position, opening up potential bidders for Mitchell.

It is unclear if Memphis has entered the Mitchell sweepstakes after its failed Durant chase. The Grizzlies have the draft capital to compete with the Knicks in a potential bidding war. They have five first-round draft picks, including four unprotected selections of their own at disposal, and young players under rookie contracts.