Curse or blessing in disguise: What’s next for Knicks after Donovan Mitchell fumble? 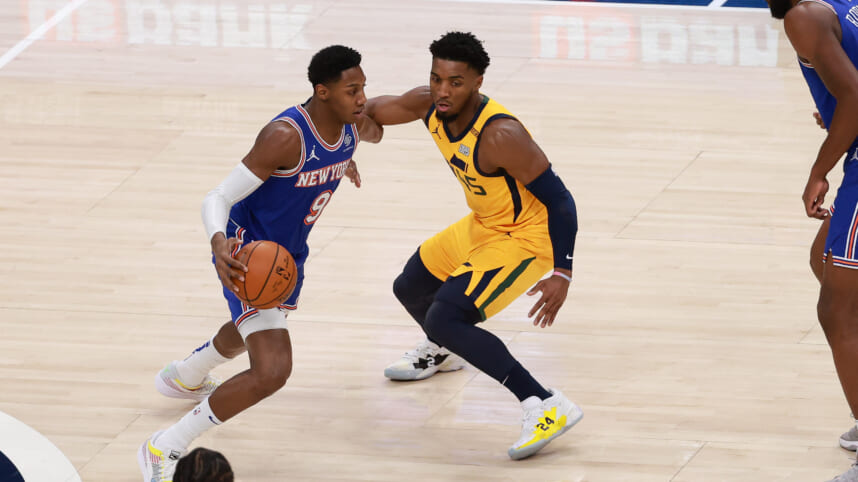 The Labor Day weekend provided some time to shake off the shocker of the New York Knicks fumbling the bag in their pursuit of Donovan Mitchell.

While their reported final offer of RJ Barrett (before he signed the four-year rookie extension that could be worth up to $120 million), Immanuel Quickley, two unprotected first-round picks in 2024 and 2026, Milwaukee’s 2025 top-4 protected pick, two future second-round picks, two pick swaps (2025 and 2027) and Evan Fournier (going to a third team using one of extra Knicks’ protected first-round picks from other teams) is debatably better than what Utah Jazz received from Cleveland, the bottom line was Jazz’s CEO Danny Ainge got what he wanted which the Knicks refused to give up.

The Cavaliers ponied up all their available first-round picks (2025, 2027 and 2029) with pick swaps in 2026 and 2028 essentially mortgaging the next five years for three guaranteed years of Mitchell.

The Cavaliers went all-in on Mitchell because they feel he could elevate their 44-win team led by a core of young studs — All-Stars Darius Garland and Jarrett Allen and lottery pick Evan Mobley — into the upper echelon of the Eastern Conference. Whereas the Knicks couldn’t go all-in for Mitchell because they viewed him as the next step, not the endgame of their rebuild.

Cleveland was where New York wanted to be in their timeline.

The key for the Cavaliers was nailing their draft picks, trading smart and prioritizing player development over veterans that positioned themselves more equipped to land a star, in this case, Mitchell, a three-time All-Star.

Collin Sexton, Lauri Markkanen and this year’s 14th pick Ochai Agbaji were just Cavaliers’ spare parts whereas Barrett is the Knicks’ best young prospect and arguably their second-best player on the team.

It was the right star trade at the wrong time for New York.

Sacrificing Barrett over Grimes in their final offer was a calculated move for the Knicks because Mitchell’s arrival means less usage rate for the former third overall pick, who was about to get paid. Quickley would have been the collateral damage. But overplaying their hand led to the fumble. Much like in their aborted three-team trade with the Toronto Raptors and Los Angeles Lakers at the trade deadline that could have netted them an extra first-round pick and loosened up their rotation logjam.

Their insatiable desire to win all trades — being a stickler on extra picks and protections — has led to this Knicks regime missing out on moves that could have reshaped the franchise.

Leon Rose’s front office was highly praised for their earlier shrewd dealing, most prominently for the Ed Davis trade with the Jazz that led to the Quickley pick. But other than the small trades, their inability to swing big — from Chris Duarte to Jaden Ivey and now to Mitchell — has begun to raise doubts about their ability to land their guys.

Maybe, the Knicks could still have Mitchell in 2024 or 2025 or a brighter star when all the Knicks’ assets have appreciated and, hopefully, their young talents have panned out.

Now comes the hard part after this kind of public fallout — repairing the damage to their relationships with the young players involved in the scuttled trade.

It could be a curse or a blessing in disguise.

It all depends on how the Knicks move forward.

Will they build around Barrett now?

Will they explore getting rid of Julius Randle’s contract even at the expense of draft equity to play Obi Toppin more?

Will they prioritize playing Grimes, a player they held out in the Mitchell pursuit (and earlier in the Cam Reddish trade) over Fournier?

Will Quickley get a fair shot at running this team even with Jalen Brunson on board?

What to do with Reddish, who denied wanting out of New York?

These are the pressing questions they need to answer in the aftermath of their failed pursuit of Mitchell.

The answers will help shape Knicks’ future ability to land or even produce that coveted star.