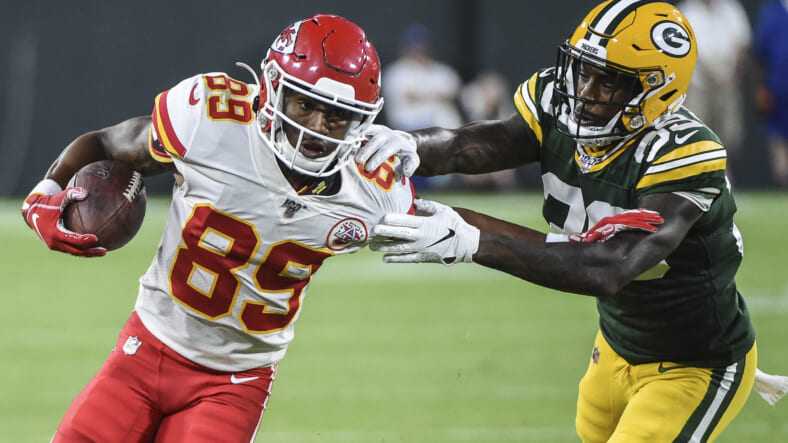 Davis has four years of NFL experience from 2017-2020. His career started with the Philadelphia Eagles in 2017, where he was a part of a Super Bowl-winning team with Jets general manager Joe Douglas. Davis spent 2018 with the Eagles and the Oakland Raiders. In 2019, Davis was with the Kansas City Chiefs and Tennessee Titans. His run with the Titans continued into 2020.

Davis is still 26 and turns 27 years old in September. In 2021, he joined the Canadian Football League as he played for the Saskatchewan Roughriders. Davis played for the Tampa Bay Bandits of the USFL in 2022. He led the league in punt return yardage with 224. He was 10th in the league with 369 receiving yards.

Davis has minimal NFL experience under his belt to date. He appeared in one game for the Titans in 2019. Davis played one offensive snap, which he recorded a catch on, five snaps on special teams, and only had two punt returns.

Where he will most likely have a chance to make the Jets’ final 53-man roster is for Brant Boyer’s unit on special teams. During his pre-draft process in 2017, Davis ran a solid 40-yard dash, recording a time of 4.47. Athletically, his best score was his 20-yard shuttle in the agility drills with a time of 4.05.

Currently, on the Jets’ depth chart at wide receiver, the top six players at the position are set and established in comparison to the rest of the group. On special teams, the Jets have a viable kick and punt returner in first-team All-Pro Braxton Berrios. Also, at wide receiver on special teams, Jeff Smith did play 60 snaps a year ago. It will be interesting to see what Davis can contribute to the Jets this summer.