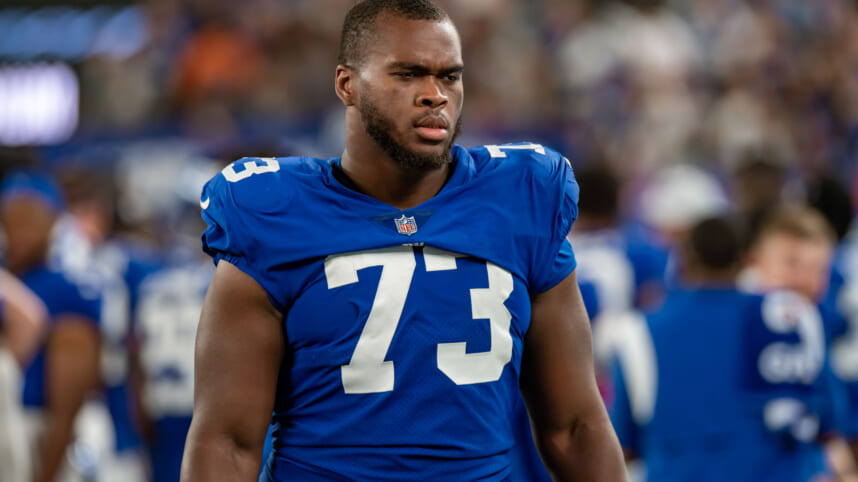 The third game in the young career of New York Giants right tackle Evan Neal was a tough one. Still, though, one that should only help him moving forward.

On Monday night against the Dallas Cowboys, Neal allowed five pressures and three sacks. The Cowboys’ talented edge defenders Micah Parsons and DeMarcus Lawrence were consistently making life hard on Daniel Jones. It, unfortunately, played a pivotal part in the Giants losing their first game of the year.

Why there should be no concerns about New York Giants rookie OT Evan Neal:

The Giants’ seventh-overall draft pick has a lot of football left in front of him. Neal just turned 22 years old a little over a week ago. He has a hawking 6-foot-7, 350-pound size with athletic gifts. It gives him tons of room for growth with experience as a rookie.

Following Week 3, Neal stated that it was the worst football game he has ever played. He was asked if he has ever executed so poorly and stated, “Nope. Never.”

Giants first-year head coach Brian Daboll had this to say about his rookie right tackle.

“We just keep on building the technique. There’s growing pains. I would say it’s not just Ev, which he got beat a couple times on the edge by a pretty good player. There was a lot of things we could have done better. And protection-wise after going through it, whether it’s the chips, the (running) backs, one-on-ones against the blitzers, the inside movement, the games inside. There was quite a bit of things. But Evan’s a diligent guy. We’ll work on improving him and try to be better next week.”

Neal has proven the type of level he can dominate at. Things were never going to be perfect as a first-year player, especially early on. The key is utilizing his exceptional physical and athletic traits and, with more experience working on improving one week at a time.