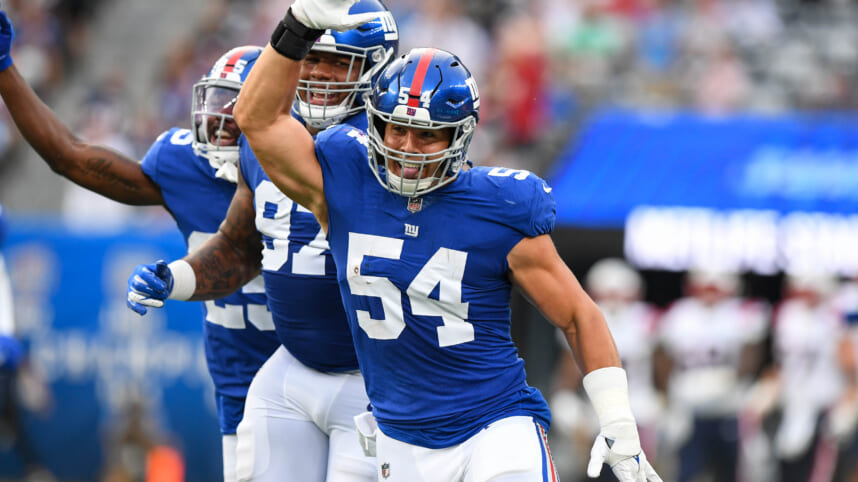 The New York Giants are making a shocking roster move today, releasing linebacker Blake Martinez. The 2021 captain of the Giants’ defense has been released following the preseason. Martinez missed the majority of the 2021 season with a torn ACL suffered in Week 2. He had returned to the team, healthy and ready to perform this year, however, the Giants are deciding to go in a different direction.

Blake Martinez signed a three-year, $30.75M contract with the Giants in the 2020 offseason. He was one of the marquee free agent acquisitions by former general manager Dave Gettleman.

Cutting Blake Martinez saves the Giants roughly $3.6M in salary cap space, per Spotrac. The Giants restructured Martinez’s contract in the spring, however, the move was not enough to justify his position with the squad.

Bake Martinez was considered to be one of the best players on the New York Giants roster. This move is shocking to most fans. Martinez recorded 151 combined tackles for the Giants in 2020.

According to Giants beat writer Art Stapleton, Blake Martinez did not return to form this summer. Blake Martinez’s disappointing performances this summer and his inflated contract culminated in his release from the team today.

What Tyre Phillips is bringing to the Giants

Martinez was released as a corresponding move to the Giants’ recent waiver wire claim of offensive lineman Tyre Phillips.

Phillips is a tackle/guard that spent the first two seasons of his career with the Baltimore Ravens. He’s a 6-5, 344-pound lineman that started six games apiece at right guard and right tackle and one game at left guard for the Ravens in 2020.

Phillips played in 10 games with five starts in 2021. Four starts came at right tackle and one at left tackle. The Giants needed more depth on the offensive line, and Phillips should fit the bill as a versatile man upfront.