What are the New York Giants getting in offensive line waiver wire claim Tyre Phillips? 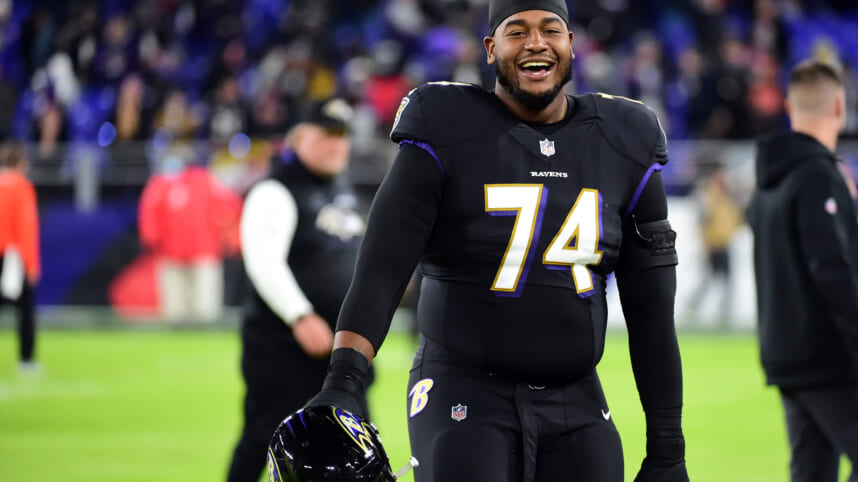 The New York Giants desperately needed to add offensive line depth and support via the waiver wire after the roster was cut down to 53 men. They landed Jack Anderson, formally a 7th-round draft pick from the Buffalo Bills who landed with the Philadelphia Eagles this off-season.

However, the Giants added another offensive lineman after cutting linebacker Blake Martinez. Reportedly, the decision to cut Martinez was mutual since he didn’t exactly fit their defensive mold and is coming off a serious ACL tear that has slowed him down considerably.

In his stead, former Baltimore Ravens third-round pick Tyre Phillips will take over his roster spot.

What is Tyre Phillips bringing to the New York Giants?

Phillips played in 153 snaps this preseason, giving up two sacks and seven pressures, most of which came in Week 1 against the Tennessee Titans. Otherwise, against Arizona and Washington, he was adequate for the most part, featuring at left tackle, left guard, and right tackle primarily.

The Giants have been using the Ravens as a farm system, collecting all of their castaways and cuts. Baltimore has one of the best front offices in the NFL in terms of roster construction and drafting.

Anytime you can scoop up one of their players after spending a few seasons in their system, you’re likely getting a talented one who can contribute immediately, especially for a lowly squad like the Giants.

Phillips has one year of NFL experience, playing in 389 total snaps last season, giving up one sack and 17 pressures at primarily right tackle. His ability to play multiple OL positions is extremely valuable for the Giants, who lost Matt Gono earlier this off-season and cut Jamil Douglas from the roster this past Tuesday.

Phillips stands at 6’5″ and 345 pounds, a great size for a tackle but has a solid anchor to play guard as well. The 25-year-old was placed on injured reserve twice last year with a knee injury, forcing him to miss the first four and last three games of the season.

Otherwise, he was expected to play a more prominent role as a depth piece on the Ravens’ offensive line. The injury might’ve slowed him up a bit, and Baltimore added more talent, making him expendable. However, the Giants will be happy they can get an immediate contributor at left guard with injuries adding up.