Should the New York Giants ink Odell Beckham Jr. to a multi-year deal? 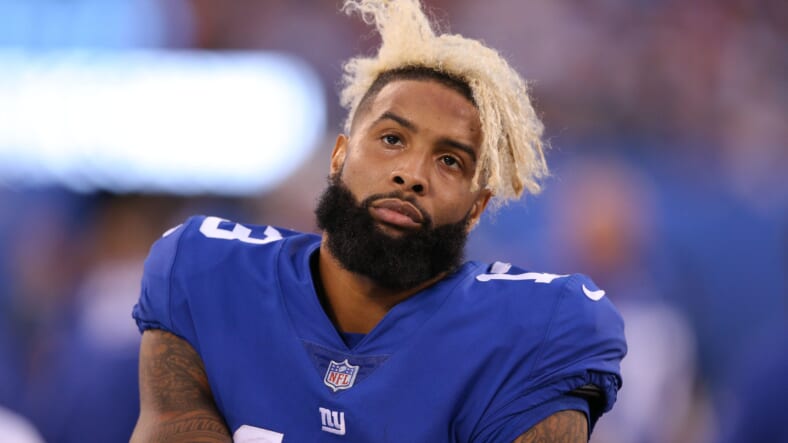 The New York Giants and general manager Joe Schoen elected to stay put at the trade deadline last weekend, despite their need for a receiver. While trading draft capital wasn’t their preference, they still could bring in a new face via free agency, and the most obvious connection is Odell Beckham Jr.

Beckham suffered a torn ACL in the Super Bowl last year with the Los Angeles Rams. Luckily for OBJ, he managed to secure a ring, and now the three-time Pro Bowler will look to find a new home, with a myriad of teams interested in his services.

The Buffalo Bills, Dallas Cowboys, and the Giants have all been connected to the 30-year-old receiver, with Cowboys head coach Mike McCarthy expressing verbal interest.

“I’ve always been a huge fan of his. … Everybody has nothing but great things to say about him. I’ve always been so impressed with his football [ability]. Those are conversations for the future.”

However, OBJ simply wants a new home for the next few years, instead of bouncing around to different teams. In a recent interview, he specifically references Buffalo, Green Bay, Dallas, and a potential reunion with the Giants.

The New York Giants could extract any remaining value Odell Beckham Jr. has to offer:

Last season with the Cleveland Browns and Rams, OBJ hauled in 44 receptions for 537 yards and five scores. During the playoffs, he caught 25 passes for 316 yards and two touchdowns, nearly replicating his regular season totals.

Clearly, he still has a spring to his step and plenty of juice left in the tank, despite suffering yet another significant injury.

Luckily, it seems as if the veteran pass catcher is nearly back to full strength, coming off a one-year, $1.25 million deal with Los Angeles.

If the Giants wanted to bring him back on a multiyear deal, they could likely keep his 2022 cap hit down, pushing some of that money to 2023 and beyond. A three-year, $10 million deal may get the job done, considering his most recent injury. An out after the second season would give the Giants even more safety from a potential financial disaster, but given their cap flexibility next season, they could easily lock him down without having to worry.

It’s important to note Odell isn’t the same player he once was back in 2014-16, but he can serve a purpose as a No. 2-3 receiver with experience in big games.