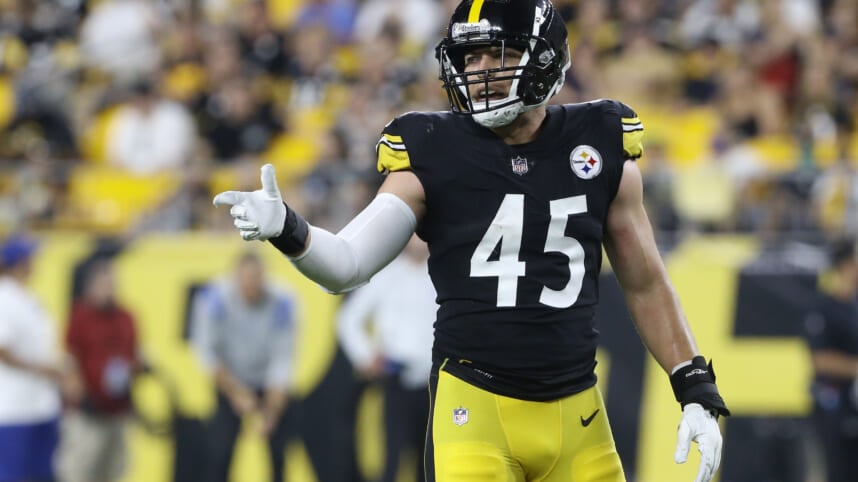 The New York Giants are clearly looking for more linebacker support, having rolled into this season with Tae Crowder, Austin Calitro, and rookie Micah McFadden at the position.

After the team released veteran Blake Martinez, there was a major concern that LB would be a glaring weakness. It’s no surprise the Giants are scouring the market for options two weeks into the season.

To supplement coverage flaws, defensive coordinator Wink Martindale moved free safety Xavier McKinney into the box against the Carolina Panthers in Week 2. While it worked as a temporary measure, the Giants need more talent at LB, which is why they brought in veteran Joe Schobert for a workout on Tuesday afternoon.

What would Joe Schobert bring to the New York Giants?

Schobert is a six-year veteran, playing in 16 games last year with 15 starts for the Pittsburgh Steelers. Schobert spent four years to start his career with the Cleveland Browns, spending one year with the Jacksonville Jaguars, and last year in Pittsburgh at 28 years old.

He recorded 112 combined tackles with 70 solos, 42 assists, two tackles for loss, and one quarterback hit. In fact, he’s recorded a sack in every single season before failing to do so last year, which could play a part in justifying inking him to a deal.

One category Schobert has provided solid efficiency in is pass coverage. The Giants have a major flaw at linebacker, with Crowder and Calitro being picked apart in Week 1 against the Tennessee Titans. Having a linebacker they can trust to be adequate in coverage is essential.

Last season for Pittsburgh, Schobert allowed 380 yards in coverage across 39 receptions. He gave up a 68.4% reception rate, which isn’t terrible for a linebacker. He only gave up one touchdown, also tallying an interception.

Schobert was picked on against better tight ends, notably Darren Waller in week 2 of last year against Las Vegas and Mark Andrews in Week 13 against Baltimore. Both TEs tallied over 80 yards against him, but he was otherwise stout in coverage for the Steelers, especially to close out the year.

Schobert has experience playing both the weak-side and middle linebacker, giving him a bit of versatility.

The Giants also signed Jaylon Smith to a contract on Monday, placing him on the practice squad. Given Joe’s experience, I wouldn’t be surprised if the Giants signed him and made him an active roster player within a few days. Nonetheless, Smith was a part of the same workout group as Schobert on Monday, so it’s possible the Giants’ coaching staff liked what they saw more from the former Cowboy.