New York Giants: What Happens If The Giants Pass On A Quarterback This Year? 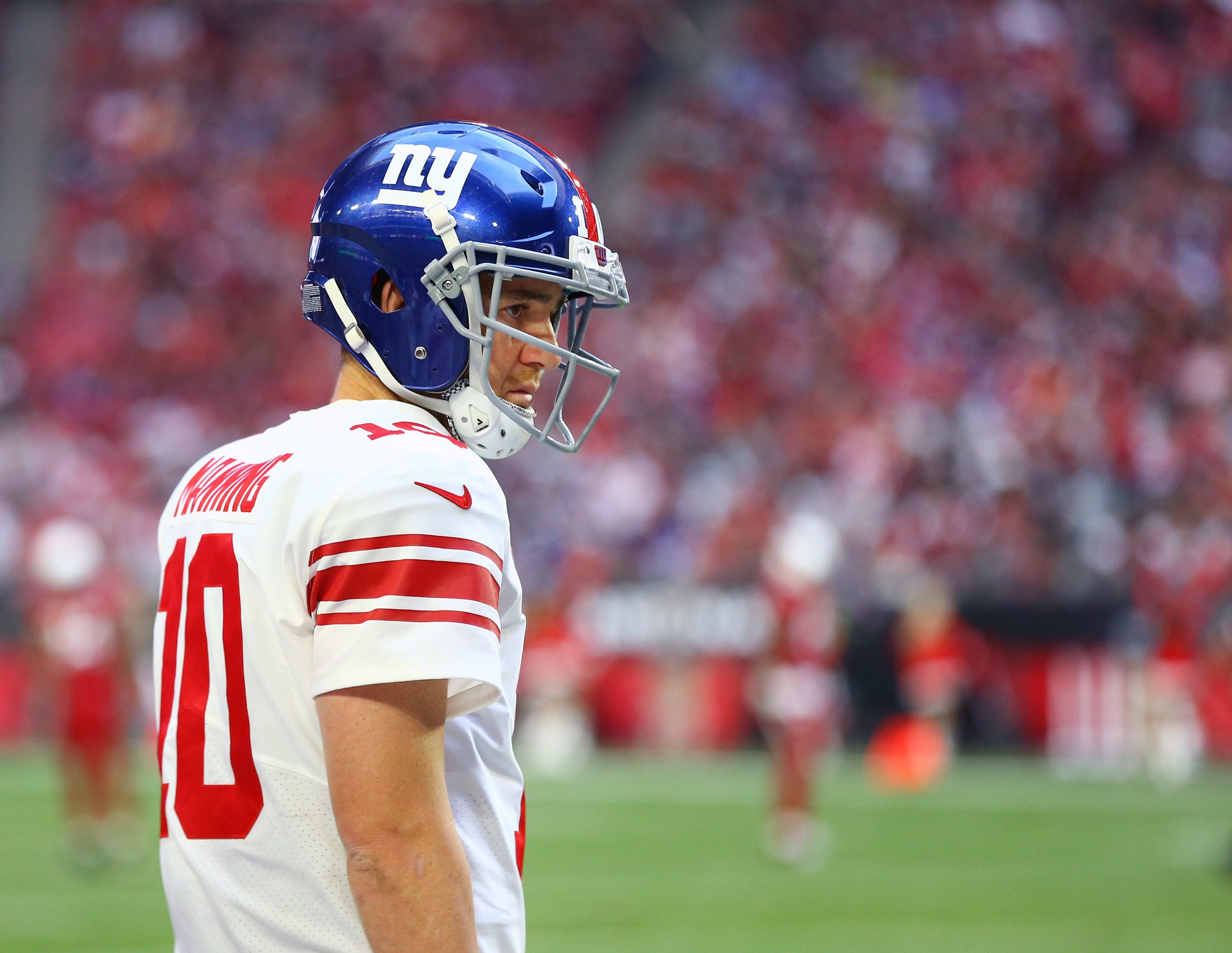 If the Giants do not draft a quarterback, they have one other option. The Giants could try to trade for Arizona Cardinals quarterback Josh Rosen. However, Rosen has a fairly competitive market, and it is unclear how interested in Rosen the Giants truly are.

Some fans may think this is crazy, but sticking with Eli Manning for another year has its benefits. Eli is coming off one of the best statistical seasons of his career. Regardless of how fans and analysts dissect and interpret Eli’s play, there is no denying he is a beloved teammate and leader for the Giants.

In 2018, Eli Manning had the lowest interception total of his career with only 11. He also threw 21 touchdown passes with 4,299 yards. His 66% completion percentage was also a career high.

Eli Manning has always brought one key thing to the table: availability. Manning has never missed a game and is always ready to suit up for Big Blue. With Eli, the Giants know what they’re getting and that provides them with a level of confidence.

Many fans and analysts seem to think that 2019 needs to be Eli’s last year, but it does not. If the Giants show improvement in 2019 and Eli plays well, they will keep him and worry about finding the next quarterback later on down the road.

However, if 2019 does not go as planned for Eli Manning, the Giants have other options at quarterback if they do not acquire one this year.

But if the Giants do not love any of these prospects, they will not force themselves to take one. They can always wait until next year. It just so happens that 2020 has some intriguing quarterback prospects.

One name that Giants fans might be familiar with is Justin Herbert. Herbert looked primed to be the 2019 NFL Draft’s top quarterback early in the NFL season. The Giants were also known to have a lot of interest in Herbert. Unfortunately for Big Blue, Justin decided to stay at Oregon for one more season of college football. He will be in the 2020 NFL Draft and he will be a highly-coveted prospect.

Justin Herbert is not the only quarterback prospect set to be taken in the 1st round of the 2020 NFL Draft. Tua Tagovailoa from Alabama and Jake Fromm from Georgia are also receiving a lot of buzz as they head into their junior seasons. One problem with each of these players is actually the fact that they will be juniors in 2019, meaning they could choose to not declare for the draft in 2020.

It would be incredibly unfortunate for the Giants if they passed on a quarterback this year and were left with few options next year. This is why many will say they should just find their guy this year. For now, fans will wait and anticipate the 2019 NFL Draft. The Giants are at a crossroads with many different options to choose from. The question is, where will they go from here?