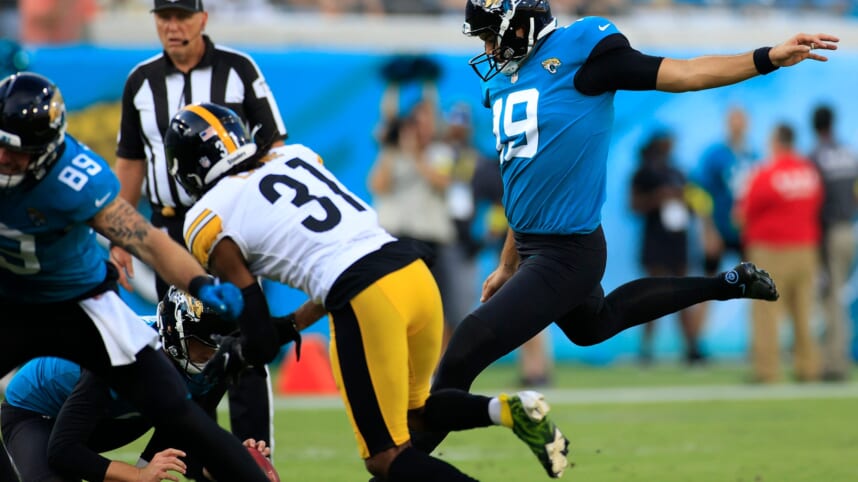 This morning, the New York Giants made a few roster transactions. The first reported move was the release of veteran safety Andrew Adams.

Adams, a former Giant from 2016-17, reportedly did well for himself in camp. In this scenario, with it being year one of a new regime, Joe Schoen opted to go younger.

Jordan Raanan of ESPN shared that the team has liked what rookie undrafted free agent Trenton Thompson has shown them. Also, fourth-round rookie Dane Belton is set to return soon.

The two players the Giants signed are wide receiver Travis Toivonen and kicker Ryan Santoso. With the concussion Graham Gano has, the Giants needed a kicker for the final preseason game. Santoso re-joins the Giants after a 2020 stint with the team.

Toivonen also joins the Giants once again. He was released by the team prior to the start of training camp on July 26th. Toivonen spent some of the 2021 season as an undrafted rookie with the Giants on the practice squad.

The Giants have some recent moving parts at wide receiver. They are slowly working Sterling Shepard up to speed. Also, Collin Johnson and Marcus Kemp recently landed on injured reserve. It makes sense to bring back a familiar face in Toivonen for the final preseason game.