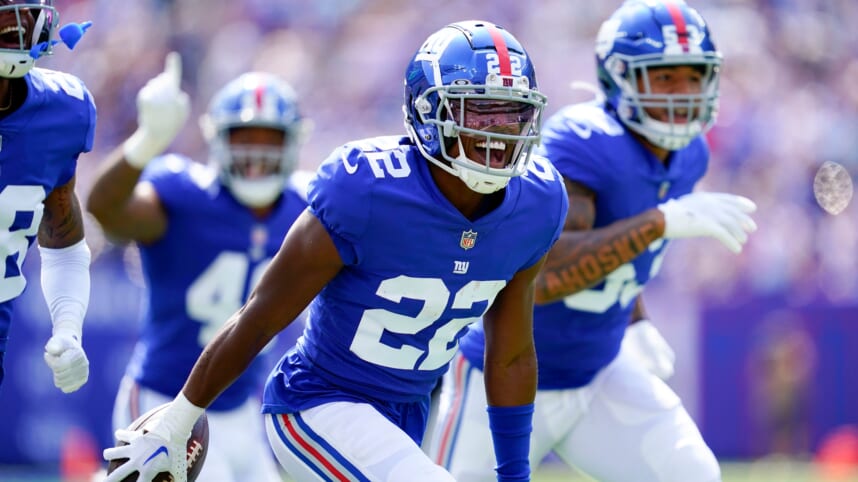 The New York Giants lost a number of players to injury against the Detroit Lions in Week 11, headlined by receiver Wan’Dale Robinson, who suffered a torn ACL. Robinson will miss the rest of the 2022 season and could miss a chunk of 2023 as well, but they also suffered another big casualty, corner Adoree Jackson.

Head coach Brian Daboll utilized Jackson as the team’s kick returner after Richie James fumbled twice several weeks ago against the Seattle Seahawks. Utilizing Jackson in that facet was always a bad decision and illogical from the get-go, as many pointed out on social media. Of course, Jackson ended up taking a hit to the knee that forced him to leave the game against Detroit.

While Jackson’s injury doesn’t seem to be season-ending, he will miss the next 4–6 games with an MCL sprain, per Ian Rapoport of NFL Network, leaving the Giants incredibly thin at the CB position. CB2 Fabian Moreau also suffered a ribs injury, so the team will likely utilize rookie Cor’Dale Flott and practice squad player Nick McLeod to try and cover up some of the deficiencies at the position.

At this point in time, the Giants are treading water and trying to fight back a number of significant injuries. Losing Jackson is a deafening blow, recording a 71.5 coverage grade this season, per PFF. He has played in 554 total snaps, giving up 339 yards and two touchdowns with seven pass breakups. He allowed a season-high 76 yards against the Chicago Bears but has otherwise been stout in coverage every game.

With Big Blue on a short week and preparing to play against the Dallas Cowboys on Thanksgiving, it would be a miracle for them to even be competitive with the state of their roster.