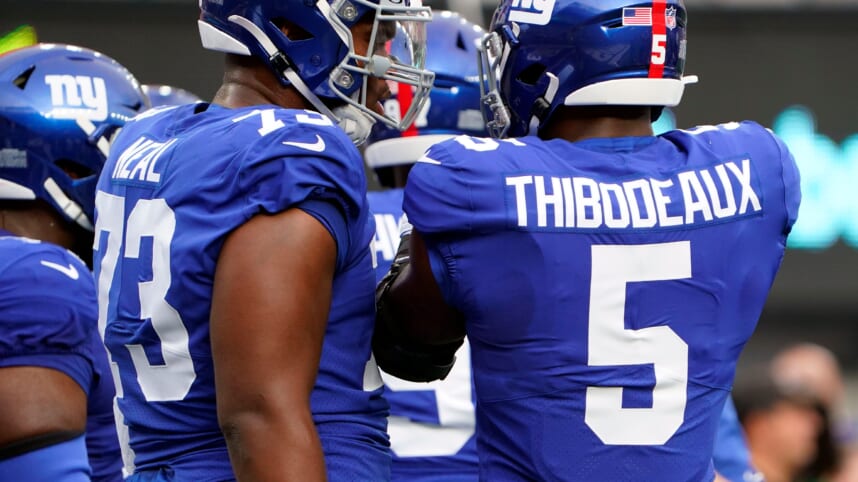 The New York Giants have outperformed expectations to start the 2022 season. Having won their first two games without star pass rushers Kayvon Thibodeaux or Azeez Ojulari, they’ve had to rely on reserves to pick up the slack.

Ximines currently has five total pressures, including a sack and two quarterback hurries in the team’s win against the Carolina Panthers this past Sunday.

Ward, on the other hand, has made his presence known in the run game, helping to shut down Derrick Henry and Christian McCaffrey for the most part.

However, their roles are set to be diminished with Thibodeaux and Ojulari gearing up for a return this week, potentially.

Both Thibodeaux and Ojulari participated in team drills on Wednesday during practice, which is a great sign for their availability for Monday night against the Dallas Cowboys.

The extra day of rest and training should give them a better probability of suiting up, at the very least Kayvon, who nearly forced his way out to the field last week against the Panthers.

“I was fully involved today, was really able to open up and do some things,’’ Thibodeaux said. “Definitely a lot of progress, was able to open it up and do a lot more things so I’m definitely confident.’

The Giants are taking the right approach, remaining cautious with two of their most important defenders. They somehow managed to win their first two games, which is simply unbelievable given the coaching overhaul and weaknesses scattered across the roster.

It will be interesting to see how defensive coordinator Wink Martindale mixes in Ximines and Ward, who both started off the year in great shape.

The expectation is that they won’t want to completely take them out of the equation, limiting Thibs and Ojulari’s reps as they ramp up. Having two solid back-ups is always a positive, especially for a team that has lacked depth the past few years.