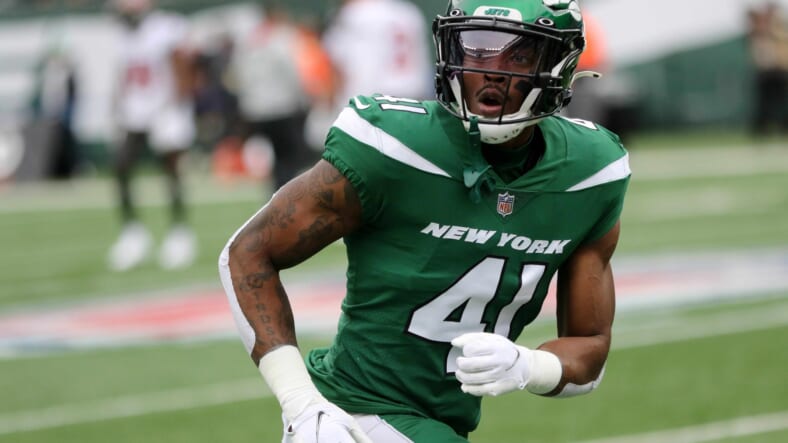 The New York Giants desperately needed to add depth after the 53-man roster cutdowns, looking to the waiver wire for more support. With needs at cornerback, offensive line, and tight end, general manager Joe Schoen was able to address several of those positions but still needs to find more talent before the regular season starts on September 11.

The Giants added DB Nick McCloud, formally of the Buffalo Bills and Notre Dame. With one year of NFL experience, McCloud appeared in all three preseason games, playing 108 total snaps, collecting five tackles, and giving up 27 yards on five receptions, including a touchdown.

McCloud is a solid tackling defensive back and can play the run well, but has struggled at times in coverage. In fact, he primarily played cornerback this preseason, spending 53 snaps at the position, 12 in the slot, 22 at free safety, and 21 in the box.

It will be interesting to see where McCloud lands with the Giants. They could utilize him as a utility piece who can serve multiple roles if need be.

The Giants also landed converted safety Jason Pinnock to the roster via waivers. Pinnock stood out during camp this summer for the Jets, playing in 70 snaps, collecting two tackles, and giving up 12 yards on one reception. He ultimately got caught up in a numbers game but was very impressive on the back end of the Jets’ secondary. He will provide value as a reserve.

Anderson played in 81 snaps last year, giving up one pressure over two games. During the 2022 preseason, he played in 144 snaps, giving up seven pressures. He had one stellar game against the Cleveland Browns, earning an 84 pass-blocking grade, per PFF. However, his other two games were lackluster.

Luckily, his best grade came out left guard, where he played 33 snaps and 19 at center, which is exactly where the Giants needed more support.

The Giants also claimed Justin Layne from the Pittsburgh Steelers, a former third-round pick from 2019. Layne has three years of NFL experience but has struggled in coverage, playing a career-high 120 snaps in 2020.

During the preseason this year, he posted solid coverage grades, giving up 14 yards on two receptions, including an interception. It is possible he’s taken a developmental leap, but he might be a handsy corner who the Giants feel they can work with and develop.