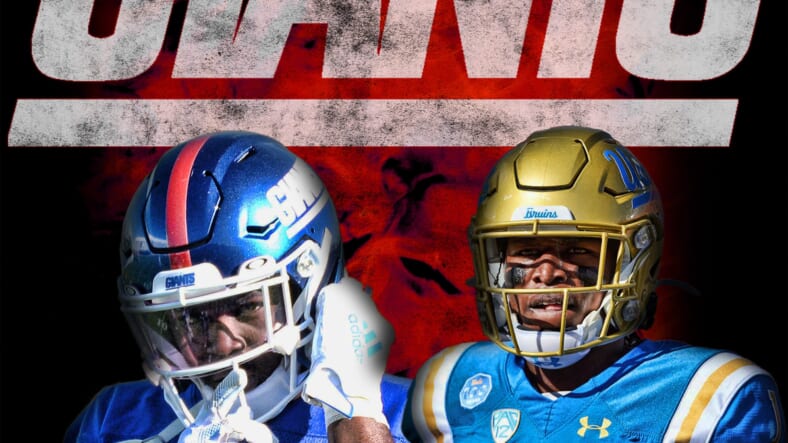 The New York Giants have put together a new, young secondary these past two years. The Giants acquired the likes of Jabrill Peppers, Julian Love, and Corey Ballentine last year. This offseason, the Giants signed James Bradberry and drafted Xavier McKinney, Darnay Holmes, and Chris Williamson. The team now has a highly-talented group of defensive backs to provide their secondary with plenty of versatility.

With training camp supposed to begin in just a few days (but who knows at this point?), a couple of the Giants’ defensive backs have been training together in preparation for the new season. A video was recently posted of rookie cornerback Darnay Holmes and safety Jabrill Peppers training together:

.@JabrillPeppers and @ProwayDarnay trying to have the Big Blue secondary on ?

Had Peppers managed to stay healthy, he could have been a Pro Bowl candidate:

If Peppers is healthy for a full 16 games in 2020, he has serious Pro Bowl potential. Especially now that the Giants have talented players surrounding Peppers and a new and improved defensive scheme for him to thrive in.

Darnay Holmes could also be in line for a big season. The rookie cornerback out of UCLA was a talented player during his time in college. Darnay played outside cornerback but, due to his size, he will likely play slot cornerback with the Giants. Holmes will have the opportunity to take reps at both positions during training camp so the Giants’ coaching staff can determine which position suits him best.

Video of Darnay Holmes practicing with and learning from Jabrill Peppers is exciting for Giants fans. Peppers is a young leader on the Giants’ defense that will likely don a captain’s patch in 2020. Slot cornerback has been a position of weakness for the Giants recently and Darnay Holmes could be the player to fix that.