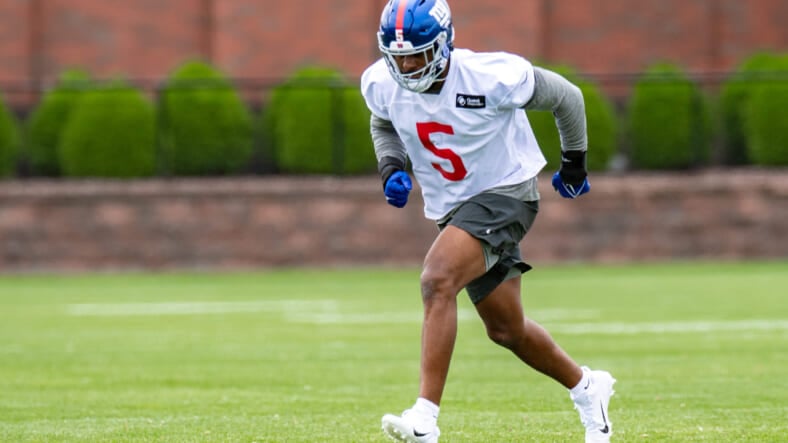 First-year head coach Brian Daboll made known to the media that the gifted pass rusher gained some reps in yesterday’s practice during team periods. Today, it was reported that Thibodeaux did not do a ton of work early on in practice. The rookie was supposedly working with a Giants trainer and riding the exercise bike during the Giants’ individual work in practice.

Thibodeaux’s debut is unlikely going to be in Week 2 for the New York Giants:

Considering Thibodeaux did not participate a ton in today’s work for the Giants, his chances of making his Giant debut seem unlikely for Week 2.

On the latest Giants injury report, as of yesterday, Thibodeaux’s status was as a limited participant with his knee injury. His game status was unspecified.

As of now, it seems having Thibodeaux suit up for the second game of 2022 against the Carolina Panthers would be an unexpected bonus.

At outside linebacker, it also seems unlikely that Azeez Ojulari will go.

It leaves the Giants with yet another game of relying on depth. In particular, players like Oshane Ximines and Jihad Ward will have to step up and contribute.