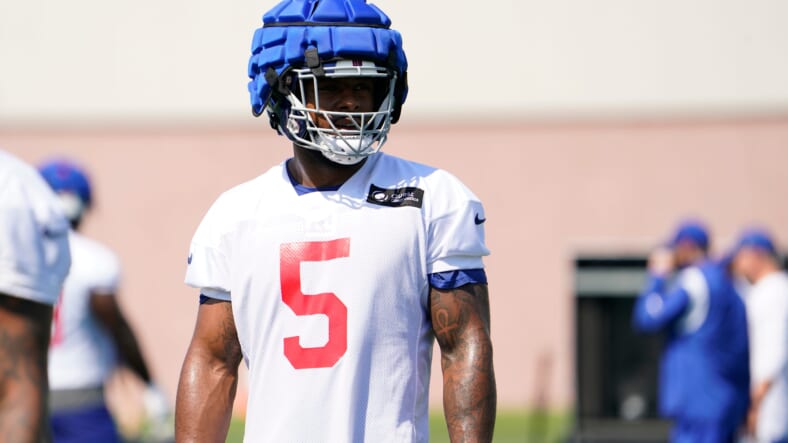 As the New York Giants get ready to kick off the season in Tennessee on Sunday, they got some good news on their top two edge defenders. Brian Daboll met with the media earlier today and discussed the status of first and second-year pass rushers Kayvon Thibodeaux and Azeez Ojulari.

Daboll stated that the two were slated to work in individual drills throughout today’s practice. Safe to say, a nice step in the right direction for the two after missing time. Beyond this, though, Daboll made no further commitments. Most notably, with regard to their probability of playing in the first regular season game.

It was reported during practice today that Thibodeaux and Ojulari both ended up working during individual drills. The work was supposedly a bit limited. It consisted of hand and footwork, not a ton of movement or contact for them today.

In terms of official injury status, the first report will be released tomorrow. Hopefully, continued progress is made by the young and talented players.

Thibodeaux is still recovering from the knee injury sustained in the preseason. Ojulari, a calf injury. Ideally, their workload picks up over the next few days, putting them in a position to be good to go for Sunday.