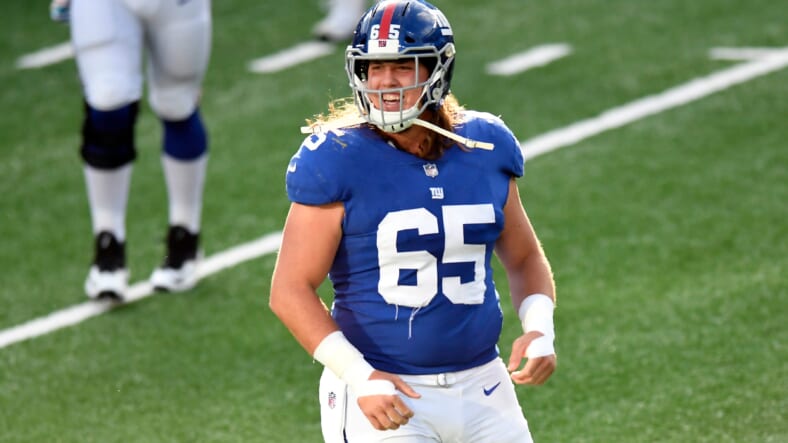 Ever since the New York Giants lost starting center, Nick Gates in Week 2 against the Washington Commanders last year, the interior offensive line has been questionable at best.

This season, the Giants have rolled predominantly with Ben Bredeson, who they acquired from the Baltimore Ravens last year prior to Dave Gettleman‘s resignation.

Across 161 offensive snaps to start the 2022 campaign, Bredeson has given up four total pressures with a 40.3 pass blocking rate, per PFF. He’s been a bit more efficient as a run blocker, but as otherwise underwhelmed as the Giants don’t feel as though fourth-round rookie Josh Ezeudu is ready to take on a full-time starting job.

The New York Giants need Nick Gates back in the hold:

However, the Giants are slowly gearing up for the return of Nick Gates, according to Dan Duggan of The Athletic. The expectation is that the Giants intend to activate him from the physically unable to perform list. This would make Gates eligible for practice for the next 21 days before the Giants have to either activate him or place him on season-ending injured reserve.

Before going down in 2021, Gates had started off the season on a high note at center against the Denver Broncos. The Giants transition him to left guard after they acquired Billy Price from the Cincinnati Bengals, in which Gates struggled in pass protection before the injury. However, at the top of his game, the 26-year-old undrafted free agent is a solid interior lineman.

If he can make a 100% recovery and return, it will be interesting to see how head coach Brian Daboll injects him into the mix. Will he have Gates compete at left guard and center or simply ask him to revert back to his normal spot as the snapper?

Nonetheless, the unbelievable return of Gates should be applauded, given the hurdles he had to jump through. There was no guarantee he would ever play football again, let alone walk after such a significant fracture to his leg, but he has fought back resiliently and is seemingly just days away from having another opportunity to resurrect his career.