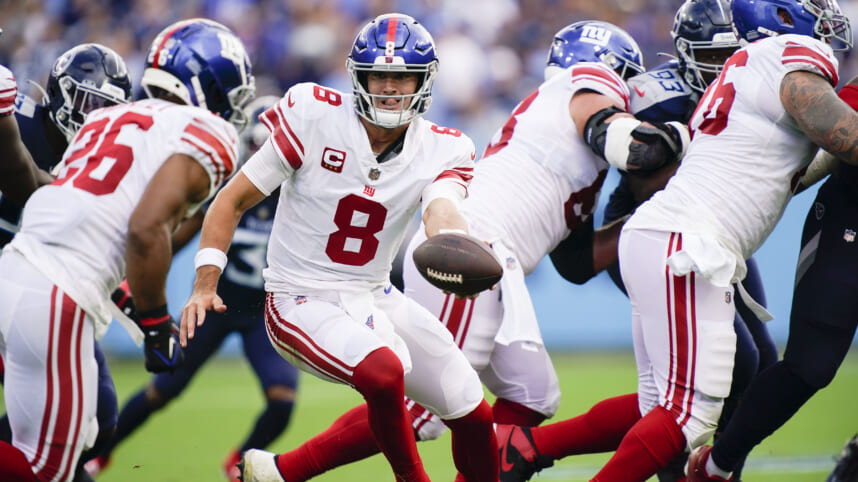 The New York Giants are trying to get one more win before their BYE week against the Seattle Seahawks. In fact, the only game in Week 8 that hosts two teams with a winning record is the Giants and Seahawks.

Seattle has been a surprisingly solid team this year, led by Geno Smith after the departure of Russell Wilson. They have won three of their last four games, beating the Arizona Cardinals and Los Angeles Chargers in back-to-back contests. They scored 37 points against the Chargers, courtesy of a 167-yard, two-touchdown performance from rookie running back, Kenneth Walker.

Smith completed 20 of 27 passing attempts for 210 yards and two scores. Seattle has been one of the best rushing teams the last few weeks, but they have a few liabilities of their own, notably a poor run defense and spotty offensive line.

They allowed Chargers quarterback Justin Herbert to take advantage, throwing for two touchdowns in 293 yards, but they only rushed for 53 yards, an interesting result given Seattle has one of the worst run defenses in football.

Normally, they allow 150 yards in the ground per game, which suggests a big rushing effort from the Giants, despite losing several offensive linemen to injury in Week 7 against the Jacksonville Jaguars.

Big Blue will be without Evan Neal and Ben Bredesen for at least a few weeks. Neal sustained an MCL sprain, and Bredeson also has a knee injury, but luckily neither is season-ending.

In their absence, expect fourth-round rookie Josh Ezeudu and former third-round pick from the Baltimore Ravens, Tyre Phillips, to feature.

Ezeudu has played in 119 offensive snaps this season, having an up-and-down experience, which is expected given this is his first year as a professional. The 23-year-old guard has given up two sacks and six total pressures but has been an otherwise strong run blocker.

Phillips, on the other hand, has only played in 64 snaps this season, 57 of which came at right tackle after Neal left the game last Sunday. He gave up four pressures over 27 past blocking reps but held his own despite being tossed into the game without notice.

The New York Giants did gain some reinforcements:

The Giants also activated Nick Gates on Wednesday, but it is undetermined when he will be ready to feature in live action. For the time being, the team has plenty of faith in Ezeudu, but right tackle could end up being a bit more tumultuous.

The Seahawks have three primary pass rushers on the outside, Boye Mafe, Uchenna Nwosu, and Darrell Taylor. They have combined for seven sacks this season, and 24 quarterback hurries. I would be remiss not to mention Quinton Jefferson and Shelby Harris on Seattle’s interior defensive line, who both have had a solid start to the season regarding their pass rush contributions. They have combined for four sacks, and 22 quarterback hurries, providing a solid rush from the interior.

The Giants’ offensive line will have a difficult task ahead of them, especially given how well-coached Seattle is. The loss of Russell Wilson doesn’t seem to be that big of a deal, considering they’ve found ways to maximize Geno Smith and produce a strong running game.