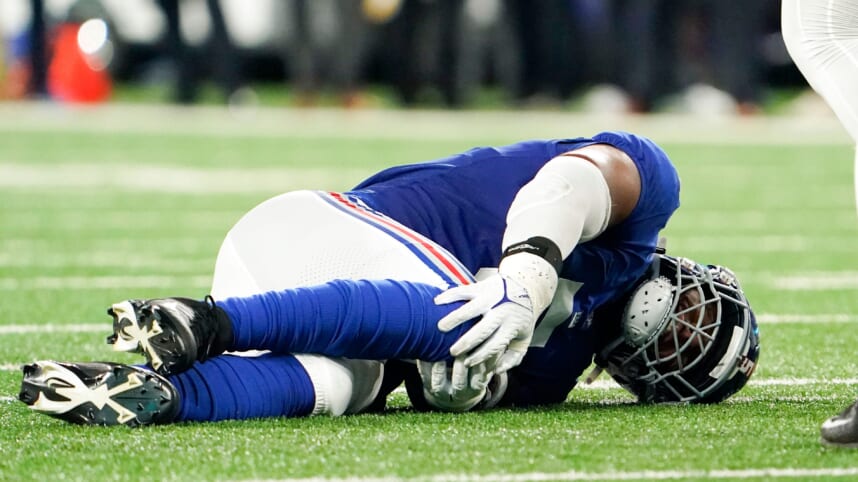 Moss went flying into Thibodeaux‘s knees, seemingly buckling his right leg, which immediately caused concern about a potential ligament tear. Thibodeaux was helped off the field, walking gingerly to the blue medical tent on the sideline. Luckily, he emerged a few minutes later with a slight limp, smiling and showing positivity.

According to Adam Schefter of ESPN, Thibodeaux suffered an MCL sprain, forcing him out for 3-4 weeks.

An MCL sprain is no joke, but at the very least, Thibodeaux dodged a torn ACL in his knee, which would’ve ended his 2022 season prematurely. The stand-out pass rusher from Oregon is expected to play a significant role in the Giants’ defense this year, especially paired alongside Azeez Ojulari.

After the injury to Kayvon, head coach Brian Daboll will likely sit his starters for the remaining preseason game against the New York Jets. With injuries already hitting the offensive line and rookie linebacker Darrian Beavers suffering a reported serious knee injury, the team needs to be extremely careful moving forward.