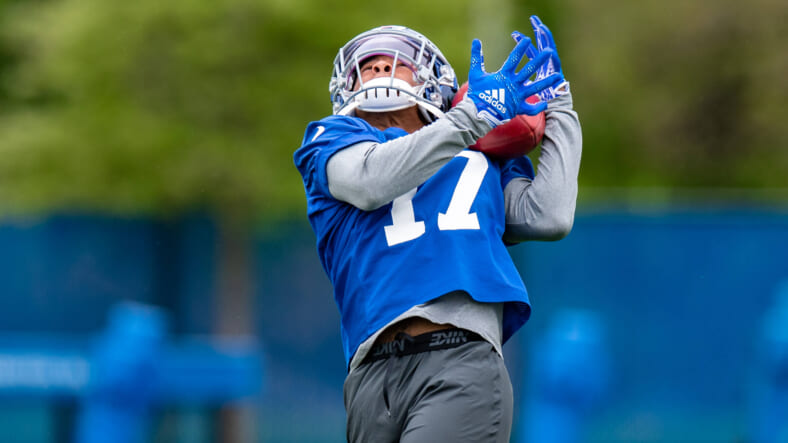 The New York Giants continue to win football games despite adversity on both sides of the football. A myriad of injuries have held both the offense and defense back, but phenomenal coaching and execution have managed to keep Big Blue close in games, providing an opportunity to walk away with a win. The team currently sits 4–1 on the season, scoring 27 points against the Green Bay Packers this past Sunday.

Despite not having Kadarius Toney, Wan’Dale Robinson, Kenny Golladay, and more, the Giants have still managed to curate production offensively, thanks to a fantastic scheme that focuses on Daniel Jones’s strengths. We can’t forget about the unbelievable return of Saquon Barkley to form.

However, the addition of one receiver could go a long way in boosting the offense against the Baltimore Ravens in Week 6. That is rookie pass catcher Wan’Dale Robinson, who’s coming off a phenomenal campaign with Kentucky during his final collegiate season.

The New York Giants can still get a ton of value from Wan’Dale Robinson:

The Giants haven’t fully integrated Robinson into their game plan just yet, given he suffered an MCL sprain in Week 1 against the Tennessee Titans. Robinson has the capability to be a force in the screen game and downfield, ranking 12th in deep yards among all collegiate receivers during the 2021 season. He also ranked 3rd in screen catches with 35 and 4th in screen yards with 268.

With the way the Giants are utilizing their offense, running plenty of screen passes, play action, and bootleg concepts, it is only fair to think that Wan’Dale could be a significant part of their success moving forward.

Given the short/intermediate throws Jones has preferred in recent weeks, Robinson has the speed and agility to get into space, paired with his shifty moves in the open field to rack up yards after the catch.

Considering the Giants’ top receivers right now consist of Darius Slayton, Richie James, David Sills, and Marcus Johnson, getting their second-round rookie back would be a major development.