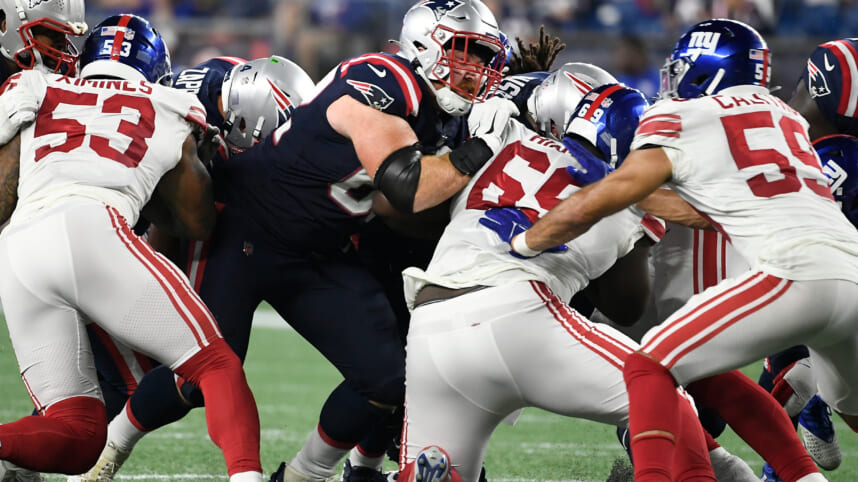 One position on the defensive side of the football for the New York Giants where a starting spot is up for grabs is linebacker. The Giants have Blake Martinez coming back from injury but represents one locked-in starter. Alongside him, though, a breakthrough from one player could lead to a starting role.

A few veterans the Giants currently have at linebacker are Tae Crowder, who is listed as the starter, Carter Coughlin, and Cam Brown. In the first draft led by Joe Schoen, the Giants added Micah McFadden and Darrian Beavers. Beavers, in particular, has a chance to steal reps as the primary LB2.

In the first unofficial depth chart released by the Giants, Beavers was listed with the second unit. Last year in college, Beavers was an integral contributor to a dominant Cincinnati defense. It was somewhat of a surprise that he fell to the sixth round of the draft.

Darrian Beavers could emerge as a potential starter for the New York Giants:

The 23-year-old rookie linebacker provides a huge frame physically. Beavers is just under 6-foot-4 and listed at 255 pounds. He has a wingspan of over 80 inches. To go along with his size, Beavers tested in the 96th percentile athletically prior to the draft. He possesses great explosiveness, agility, and solid speed.

When it comes to his skill set and strengths as a player, Beavers has great play strength and physicality, living up to his tremendous size. Beavers has the instincts needed at linebacker to suddenly read and react. He can also be effective as a pass rusher and offers some versatility in the front seven.

Beavers has earned some noteworthy recognition for himself early on. In his first preseason game, Beavers recorded three total tackles, one for a loss.

He has been a lead communicator for the Giants defense pre-snap with Don Martindale in his helmet headset. On that responsibility, Beavers said, “I like that challenge where I have to tell everybody else the call.” He also said, “Even when I’m on the sidelines, people are asking me, ‘What’s the call?’ I think that’s good for me.”

Beavers spoke on his progress so far, saying, “Every day you start becoming more free. You start to know more stuff. You get better and better at learning the plays and the speed of the game.”

As rookies, Beavers stated that the goal for him and McFadden is to be the Giants long term linebacker tandem. If so, it would be great for the beginning of the Schoen era for the Giants.