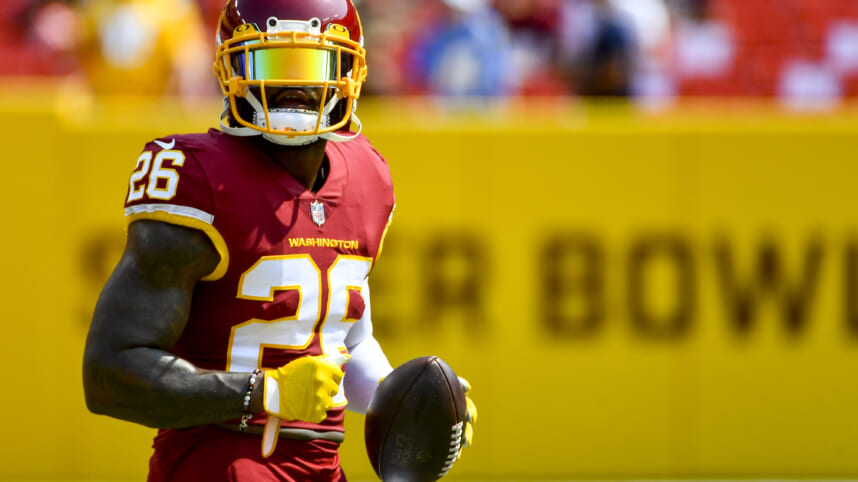 The New York Giants walked away from Sunday afternoon win against the Chicago Bears with a ton of injuries in tow. Big Blue went into the game without Kadarius Toney, Leonard Williams, or Wan’Dale Robinson, but that list grew exponentially larger despite another check in the win column.

With half the team seemingly going down, the Giants will bring in a few players to work out, notably old friend Landon Collins, who signed a big deal with the Washington Commanders back in 2019. Collins has spent the last three years with Washington before hitting free agency after the 2021 season.

How the New York Giants could use Landon Collins:

One thing the Giants have struggled with is stopping the run, giving up 149 yards on the ground against Chicago but a lofty 176 against the Cowboys last Monday. Collins is known for his ability to play in the box and stop the run effectively in a safety/linebacker hybrid role. He recorded 30 stops last year with an 11.8% missed tackle rate, but his biggest liability comes in coverage.

Collins was never known to be an elite coverage safety, but he thrives playing physical run-stopping football around the line of scrimmage, which is currently a liability for Big Blue.

Given Collins is a free agent and is otherwise a solid player looking for a new home, the Giants may have to spend a little bit of money to acquire him, maybe inking him to a two-year deal with an out after this season. Nonetheless, with current strong safety Julian Love sustaining a concussion on Sunday in Chicago, there’s no guarantee he will be available against the Packers this upcoming weekend across the pond.

If that is the case, the Giants will need more support there, despite having safety Dane Belton back and healthy. Belton is capable of playing SS in the box, but the Giants have been utilizing more three safety looks to cover up some of their liabilities at linebacker.

Luckily, Tae Crowder had a fantastic performance on Sunday, recording double-digit tackles with two quarterback hits and a sack.

Crowder hasn’t been a consistent threat throughout his career, though, so adding more support to the defensive side can only help, especially if it’s a cost-efficient deal.

Collins is well-known around the Giants organization, but it all boils down to money at the end of the day. The Giants currently have $4.45 million available in cap space, so they have to be extremely careful where they allocate the remaining funds.