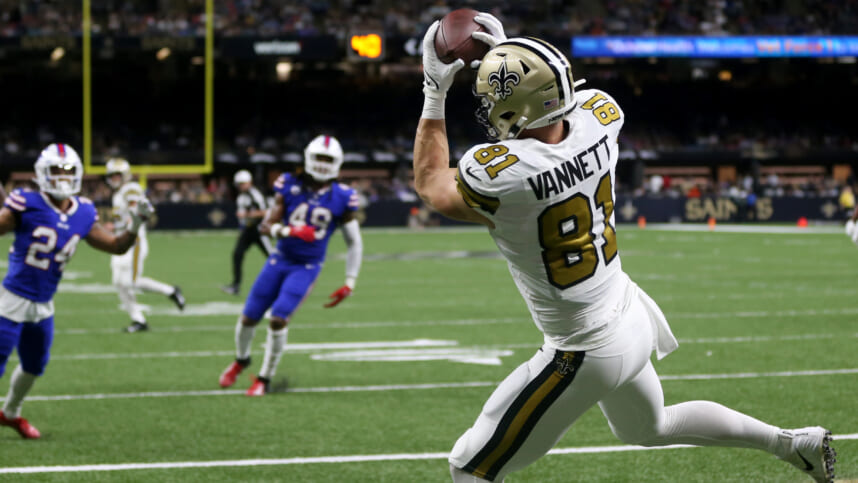 The New York Giants have sustained an unbelievable number of injuries this season, including at the tight end spot, where rookie fourth-round selection Daniel Bellinger suffered a broken eye socket. Bellinger has been rehabilitating and is close to making a return to practice, but he is still unable to feature on offense, leaving the Giants thin at the position.

Before going down, Bellinger had tallied 152 yards and two receiving touchdowns with one rushing touchdown. Belly made a significant impact in the receiving game but left an impressionable mark as a run blocker, helping open up running lanes for Saquon Barkley.

The New York Giants have struggled to replace Daniel Bellinger:

In his absence, the Giants have utilized Tanner Hudson and Lawrence Cager to fill in the void. However, the team signed former New Orleans Saints tight end Nick Vannett on Tuesday.

The 29-year-old was a third-round draft choice by the Seattle Seahawks back in 2016, recording a career-high 269 receiving yards and three touchdowns back in 2018 with Seattle.

He’s bounced around the league since then, spending time with Pittsburgh, Denver, and New Orleans. He played in three games this season with two receptions for 13 yards before being released, signing with the Giants’ practice squad in hopes of finding his way onto the roster.

With Bellinger’s return uncertain, seeing what they can find in the former third-round pick isn’t a bad move.