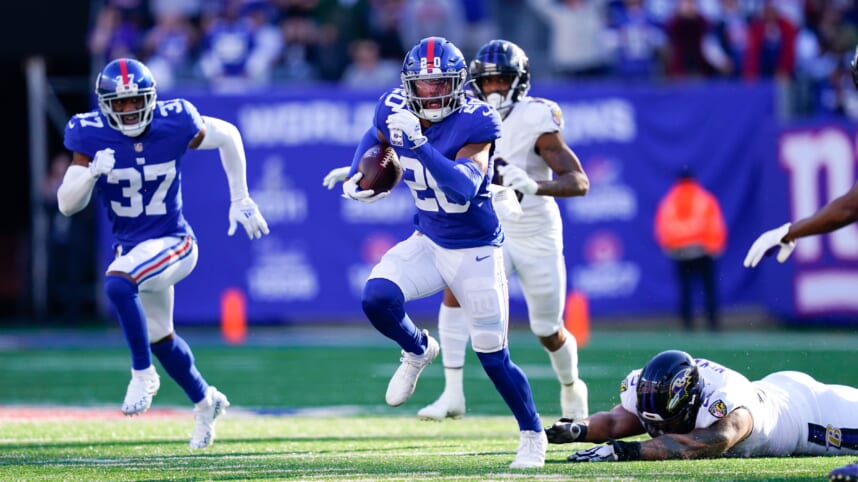 Julian Love has been a catalyst for the New York Giants‘ defense this season, and now the two sides are discussing an extension of his expiring rookie contract to keep the 24-year-old safety with the Giants long-term.

First-year Giants GM Joe Schoen has emphasized how he wants to keep some of the talent that was drafted through Dave Gettleman’s regime. It would appear that Love is one of those assets he would prefer to keep. Schoen’s first season as GM has gone better than most could have expected, as the team is 6-2 halfway through the season, thanks in large part to a defense that has given up just 19.6 PPG, a mark that ranks 7th lowest in the NFL.

“You know: Andrew Thomas, Dexter Lawrence, Xavier McKinney, Julian Love, Saquon [Barkley], Daniel Jones. There are pieces in place that were here previously that hey, if they continue to perform at their level, you take care of your own.”

The New York Giants have found a leader in Julian Love:

Love has been exceptional this season in the secondary, leading the Giants in combined tackles with 58 and solo tackles with 37. He also has the lone interception that Giants have so far this season. He’s been phenomenal in pass coverage this season, using his quick hands to swat away passes down the field. As a result of his stellar play, he has played in every single defensive snap for the Giants since Week 5.

Love has also praised his new head coach, Brian Daboll, for the mindset he has given this rejuvenated Giants squad. He says that the attitude towards the next game is always constant no matter what and credits Daboll for creating what he calls a “beautiful culture” in the Giants’ locker room.

“He knows what has happened in the past. He knows what we have been feeling in that building… he’s created a beautiful culture in the building right now, staff, [players], everybody, top down. I think that is why he’s been successful so far.”

With the likelihood of Love signing a long-term extension with the Giants, he is sure to become a staple in Giants’ defensive coordinator Don “Wink” Martindale’s unit, and the expectation will be that he will be a very solid piece in the Giants secondary for years to come.

New York has their bye this week and will be back in action at MetLife Stadium Week 10 against the Houston Texans. Love will look to contain Davis Mills and a young Texans offense and continue his great season.