New York Giants already being disrespected against the Jacksonville Jaguars 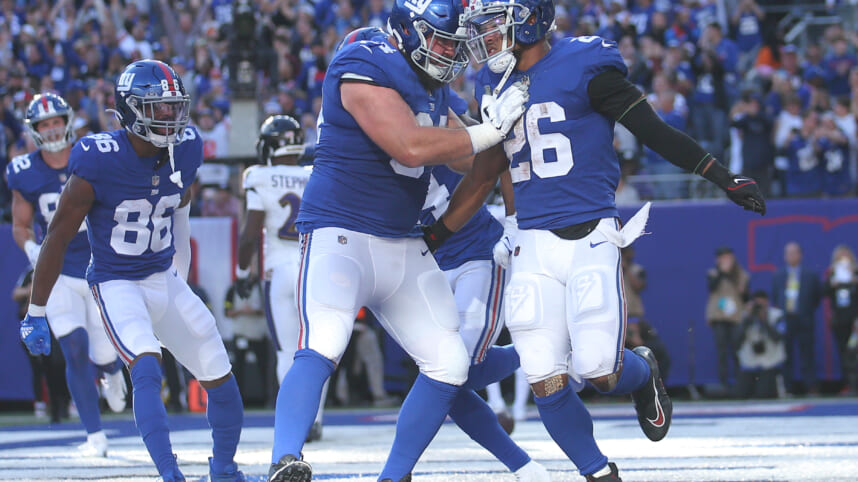 Despite a tremendous 5-1 start to the 2022 season, the New York Giants continue to get disrespected.

In Week 7, they go to Jacksonville to play a 2-4 Jaguars team. They are currently on a three-game losing streak; a team the Giants should beat.

Well, even with their more than respectable start, the Giants still somehow find themselves to be three-point underdogs entering the week. Although they have a better record by three games and have beaten two big-time opponents over the last two weeks in the Green Bay Packers and Baltimore Ravens, the Giants are initial underdogs for this matchup.

While weeks 2 through 4 were encouraging for the Jaguars, they still lost in that Week 4 game and have dropped two straight since, both in their division. One of them was at home against a very bad Houston Texans football team.

There is no reason why the Giants should be underdogs at any point going into this game. However, head coach Brian Daboll can certainly use it as bulletin board material to keep his team fired up going up against a lesser opponent in comparison to the last two games.

This could very well be a good way for the Giants to stay on top of their preparation throughout the week while going against a team they should expect to beat.

It does not make a ton of sense, but ultimately should not matter to the Giants. While being underdogs is disrespectful, they should use it as motivation on their way to what should be a 6-1 record.