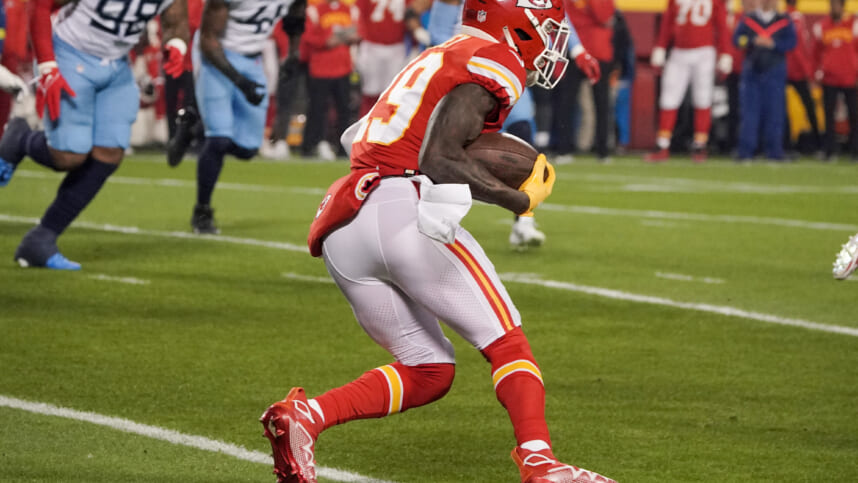 The New York Giants got next to no value from Kadarius Toney:

Toney played in 10 games as a rookie, earning 420 yards and 10.8 yards per reception. He started in just four games, catching 39 passes, good for a 68.4% reception rate. However, he failed to make an impact to start the 2022 season, playing in just two of the Giants’ first eight contests. He hauled in two receptions for a whopping 0 yards, gaining the majority of his production on the ground via a 19-yard rush.

However, when the Giants traded Toney to the Chiefs, the thought was that the former first-round pick was still dealing with an injury. Toney had sustained a hamstring injury over the summer, which hurt his process joining the new offense, but reports indicated he suffered another hamstring issue on his opposite leg, keeping him out for even longer.

General manager Joe Schoen did state that he was expected to practice last Thursday, but ever since joining the Chiefs, it seems as if Toney is 100% healthy and ready to go. Of course, this is quite frustrating for Giants fans, who saw his impact diminish as he rode the bench to start the year. He played in just 9% of snaps for the Chiefs on Sunday night, but this was his first game with his new team, and 9% is certainly a lot better than 0%.

All the Giants can do now is watch as their wasted first-round pick plays for a Super Bowl contender. Hopefully, the draft capital they gained pans out, helping to shake off any guilt that might accompany dealing Kadarius prematurely.