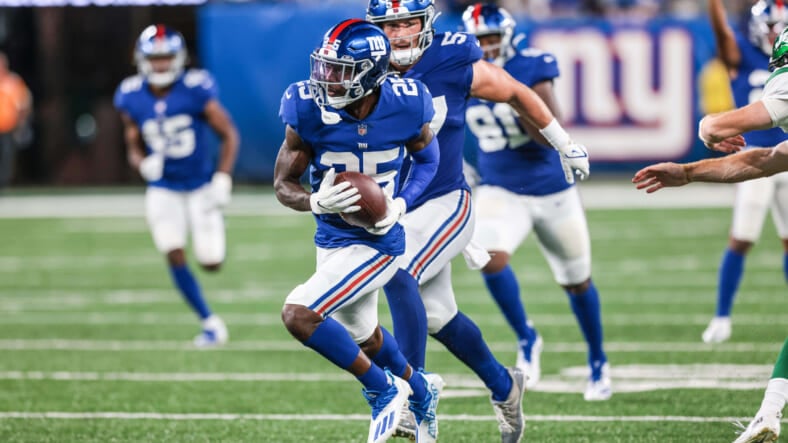 After a big seventh win of the 2022 season, general manager Joe Schoen was busy yesterday as New York Giants made a few moves to the bottom of their roster.

Giants get some defensive depth:

Getting Williams back is big for the cornerback group, one that has been crushed by injuries. Without young cornerbacks Aaron Robinson and Cordale Flott, the return of Williams certainly helps the Giants’ defensive backfield.

Williams, a sixth-round draft pick of the Giants in 2021, has yet to appear in a game this season. He did play in five as a rookie.

Also, the interior of the defensive line needed some reinforcements in terms of depth. Mondeaux has been with the Giants practice squad since the beginning of September. He has also been elevated for a few regular season games but now gets a promotion to the 53-man roster.

In the three games he has been elevated to the gameday roster, Mondeaux played 59 snaps and totaled five tackles (one for loss).