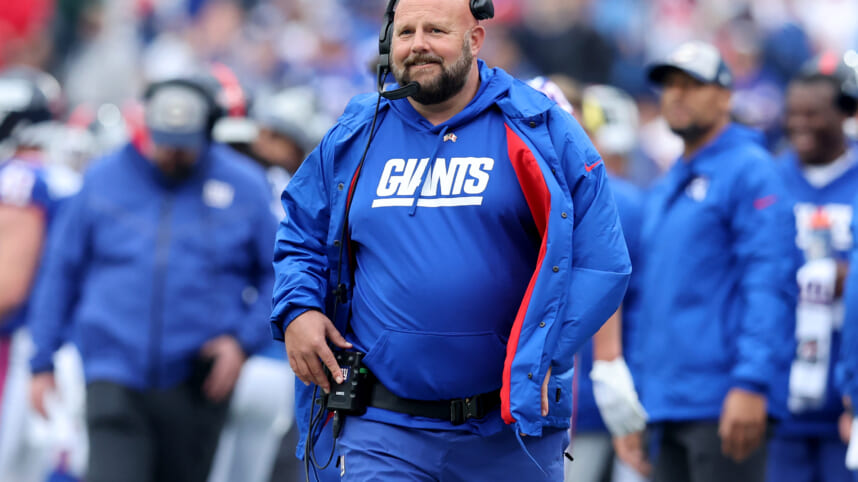 First-year head coach Brian Daboll is off to as promising a start as possible with the New York Giants. The Giants’ head coach has formed a relationship with a Giants legend who formerly held the position, Tom Coughlin.

At an event held last night that Coughlin attended, he was asked about how he would advise Daboll, still being new in his role.

Coughlin’s response was as straightforward as can be, “Win.”

He elaborated further on his initial takeaways of the Giants’ new leader.

“To the extent that I have been around and known Brian, he’s a very good man, he’s a good football coach, he’s doing it for all the right reasons”. “He’s excited to be the head coach of the New York Giants, and when you look at the passageway from which he came, he’s very well-prepared for this job.”

Certainly, exciting to hear one Giants great already has a bond with Daboll and speak so highly of him.

At 5-1, on a three-game winning streak, tomorrow presents a good challenge for Daboll to keep winning. Not that the Giants should not defeat the Jacksonville Jaguars, but it is proving that his team will not fall into trap games against weaker opponents.

Coming off of two thrilling last-minute, come-from-behind victories against high-level opponents, it is imperative that Daboll shows this team will not feel itself too much.

Daboll’s 5-1 record to date since being hired by the Giants is admirable. That being said, there is still so much more out there for him to keep accomplishing moving forward.