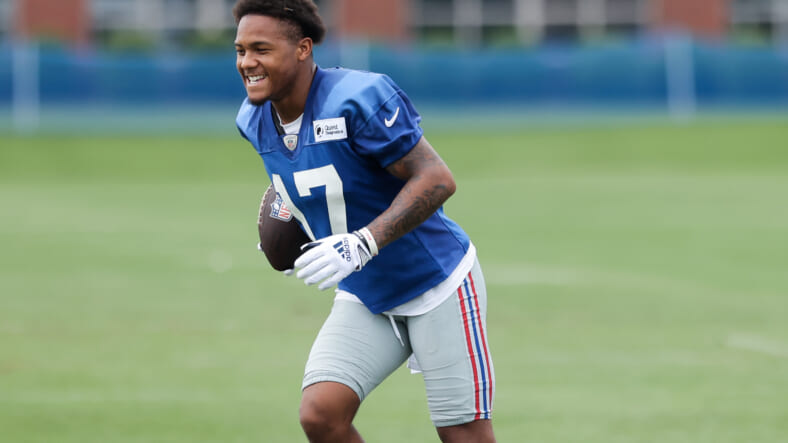 As Week 11 inches closer for the New York Giants, more clarity on the injury front is coming.

On yesterday’s official report, the Giants had nine players listed. The good thing, of those nine, only three did not practice. The other six all happened to be limited participants.

The Giants will likely have their receiver depth tested yet again:

All year long, the Giants have had their well-documented issues at the wide receiver position. At the moment, it is once again looking like they will be down one starter.

Rookie Wan’Dale Robinson was one of the three players to not get any work in on Thursday with a hamstring injury. The day before however, on Wednesday, he was a limited participant. The great news is per Brian Daboll, he is “trending in the right direction.”

Even more at wide receiver, Kenny Golladay has been a limited participant over the last two days. He also has a hamstring injury.

Should Golladay not go, it will be another week of Darius Slayton and Isaiah Hodgins getting chances.

In other news, another pass-catcher, rookie tight end Daniel Bellinger was just ruled out by Brian Daboll with his eye injury. It is also not looking good for Evan Neal.

Hopefully, the four defensive players listed, all of whom were limited participants yesterday, Dexter Lawrence, Kayvon Thibodeaux, Jihad Ward, and Dane Belton, are all good to go for Sunday.

The Giants have a game at home against the Detroit Lions they should win and improve to 8-2. For Daniel Jones, his group of pass-catchers on the outside may be limited once again, likely leaning toward another busy day for Saquon Barkley.