Do the New York Giants have a legitimate problem at CB2 after Aaron Robinson dud? 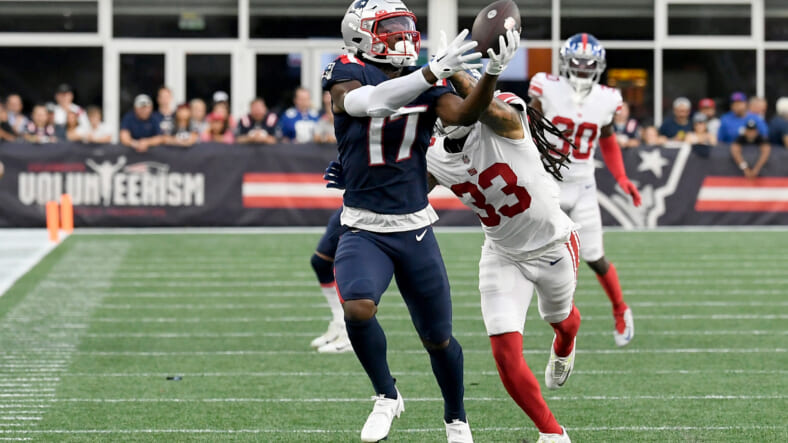 Heading into the 2022 season, the New York Giants were expecting a lot from second-year corner Aaron Robinson as the CB2 alongside Adoree’ Jackson

After releasing James Bradberry, who ended up signing with the Philadelphia Eagles, the Giants immediately thrust Robinson into a starting role without much competition.

The Giants did draft LSU quarterback Cor’Dale Flott, but he isn’t expected to make a significant impact as a rookie, coming in extremely thin and needing a bit more muscle mass. In addition, Flott suffered a groin injury in Thursday’s preseason game against the New England Patriots. However, Robinson displayed awful play, getting burned on the sideline multiple times, in addition to giving up a touchdown.

It was clear that Robinson was being picked on by the Patriots, who didn’t even utilize their first-team offense against Big Blue.

So the question is, do the New York Giants have a problem at CB two?

Other than Robinson, Martindale could consider shifting Darnay Holmes to the outside and moving Robinson into the slot, his normal position at the collegiate level with UCF.

Holmes has had a fantastic camp this year playing in the nickel role, but there’s reason to believe he could shift to the outside, where he played frequently during his days with UCLA.

The 5-foot-10, 198-pound corner has only played 55 total snaps out wide for the Giants since being drafted in the 4th round back in 2020. Most of his snaps have come in the slot, but he has the size and physicality to man up on the boundary against more aggressive receivers.

It might be beneficial to inject more competition on the outside, forcing Robinson to elevate his game and hopefully put together a few more consistent performances before the regular season commences.