Did the Giants screw over Daniel Jones by not grabbing a receiver at the trade deadline? 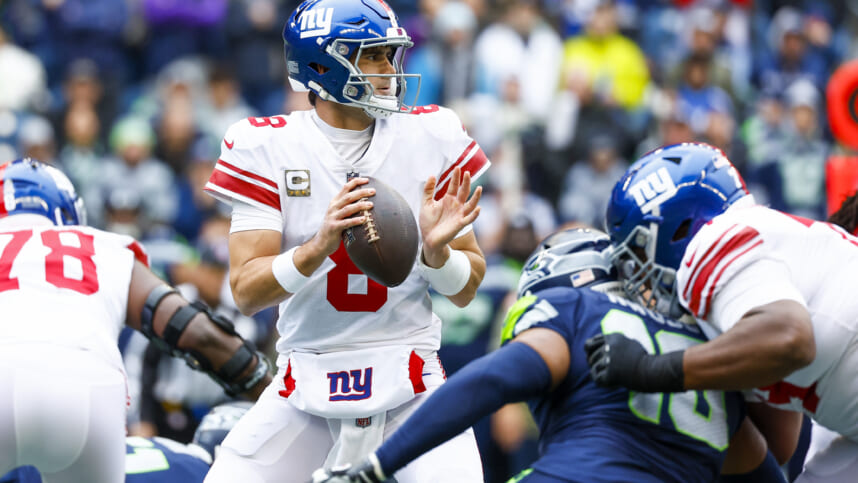 New York Giants general manager Joe Schoen elected to stay put during the trade deadline instead of helping quarterback Daniel Jones. Jones could’ve used another receiver to bolster the offense’s production, but instead, they will continue to roll with the same group they’ve had since Week 1, mine is Kadarius Toney.

Schoen still has his sights set on the future, retaining all of his draft capital, even the 3rd and 6th-round picks he acquired in the Toney trade from the Kansas City Chiefs. He has plenty of capital to improve the roster and continue laying the foundational bricks.

In his first year as a general manager, Schoen has already gotten plenty of value out of his rookie class. Kayvon Thibodeaux has made solid contributions and right tackle Evan Neal was developing nicely before suffering an MCL sprain against the Jacksonville Jaguars. A number of his mid-round picks have also flashed talent, notably Daniel Bellinger and Dane Belton.

The New York Giants needed another WR but management decided against it:

However, Jones has been strapped in the receiving game, earning 1,399 yards and six touchdown passes across the first eight games of the season. The majority of his impact has come on the ground with running back Saquon Barkley, as the Giants have instituted an offense that relies heavily on play action and bootleg concepts.

Throwing the ball downfield has been a rarity for Big Blue, but they have tried to get receiver Darius Slayton a bit more involved in that facet. Nonetheless, the Giants don’t have any primary pass catchers that command significant attention, opening up the running game.

Opposing teams simply have to lock down Saquon Barkley and spy on Jones to limit their offense considerably. Losing Bellinger and Neal severely impacted their run-blocking efficiency, putting them in a difficult position against the Seattle Seahawks in Week 8.

Gauging how management feels about Daniel Jones is difficult given they didn’t allocate any resources to help their quarterback. Despite that reality, Jones is clearly having one of his better seasons in terms of protecting the football. It seems as if DJ has taken a big step forward, but the Giants could very well move on and acquire a quarterback of their liking in 2023. Right now, it’s impossible to tell.