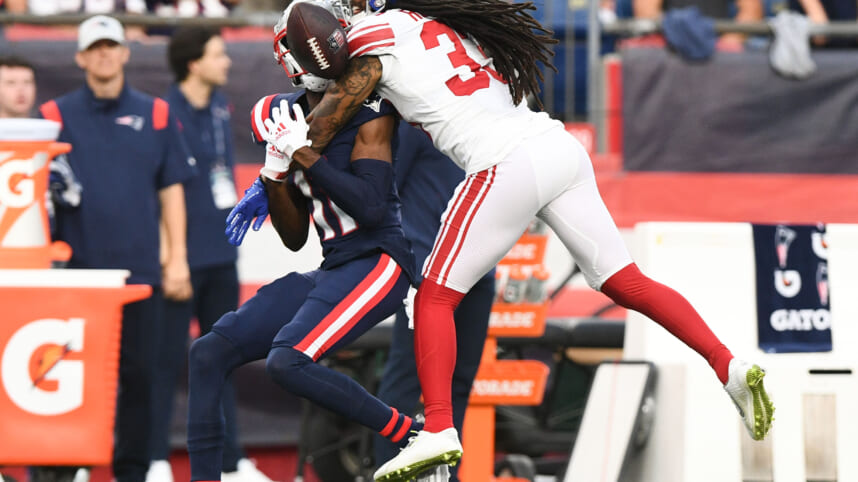 The New York Giants are gearing up to face off against the Cincinnati Bengals in their second preseason game of the off-season. After suffering through multiple injuries against the New England Patriots, head coach Brian Daboll will likely proceed with a bit of caution ahead of the regular season.

The offensive line already faces significant depth issues at center and left guard, so expect to see plenty of reserves featuring in the trenches against Cincinnati.

There has been plenty of criticism surrounding Evan Neal the past week, but it is unjust. Neal was labeled as “top-heavy” against the Patriots, which is understandable given his monster size and the adjustments he needs to make. Being patient and keeping his foundation will do Neal well moving forward, so we should expect to see a better performance after enjoying his first NFL reps last Thursday.

However, Neal already displayed his power and aggression in the run game, which will undoubtedly stand out during his rookie season. Pass blocking was always going to be his biggest flaw transitioning to the next level, but he has the work ethic and athleticism to become an elite lineman with experience.

The Giants currently have Tae Crowder penciled in as the LB2 on the starting defense, but Cincinnati rookie Darrian Beavers could easily steal that job away. Against the Patriots last week, Beavers finished with three total tackles and a tackle for a loss. He found himself around the football frequently, which stood out as the LB2 position battle heats up.

The Giants didn’t target Wan’Dale Robinson on the offensive side against the Patriots, but they may look to involve him a bit more prominently against Cincinnati. Robinson is expected to be a lethal aspect of the Giants’ offense, offering an extension to the running game but fantastic receiving abilities to boot.

The Giants may be looking to keep his usage quiet during the preseason, but seeing him in motion and moving around the field will give us some insight into how the Giants plan to deploy their new scheme.

The team’s first preseason game against the Patriots presented a serious problem at CB2. Second-year corner Aaron Robinson struggled considerably in man coverage. He was beaten routinely down the field and gave up a touchdown against New England‘s backups. He needs to put forth a more efficient performance against Cincinnati, otherwise, the Giants may be forced to bring in a veteran cornerback to compete.

Collin Johnson was fantastic against the Patriots, recording 82 yards on seven receptions. He averaged 11.7 yards per catch with a long of 17. At 6’6″, Johnson is the tallest receiver in football, but he also has some underrated speed to his game. Seeing if he can capitalize on another prime opportunity to lock down a roster spot will be exciting on Sunday night.