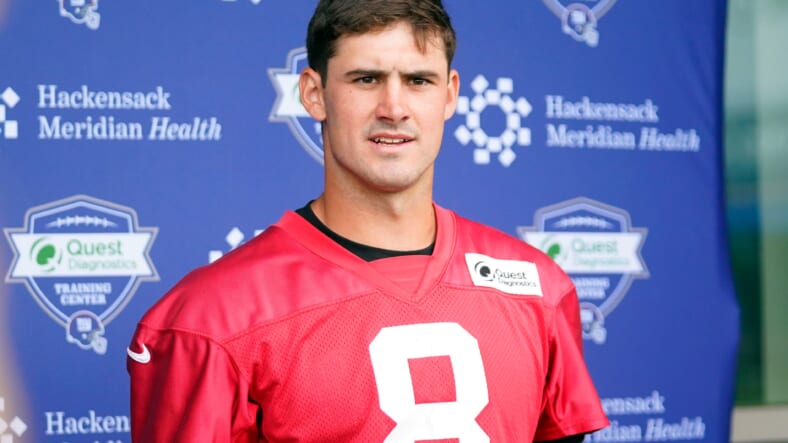 With training camp quickly approaching for the New York Giants, there are plenty of expectations with Joe Shane and Brian Daboll taking over the team’s operations. The former Buffalo Bills brain trust has an entirely different way of perceiving the development of a team compared to former general manager, Dave Gettleman.

Gettleman left the roster in shambles with negative money for Schoen to spend this off-season, forcing him to make several difficult decisions. The Giants ended up releasing James Bradberry, and Logan Ryan and restructuring multiple contracts to injured players like Sterling Shepard and Blake Martinez.

However, this is the first year of a rebuild, despite the retention of quarterback Daniel Jones. Let’s take a look at some of the biggest storylines ahead of training camp.

The Giants have had one of the worst offensive lines in football since Gettleman’s tenure as the team’s GM started back in 2018. Despite investing substantial resources into rebuilding the line, Gettleman failed miserably to find the right pieces to the puzzle, which is what Schoen tried to do this off-season.

On paper, this looks like a significant improvement, but it is impossible to tell before they have experienced any live action. If they can reach average, Jones will have a far better situation under center, helping him resurrect his career after two porous seasons.

2.) Daniel Jones’s last chance to save himself

Daniel Jones has been negatively impacted by poor coaching and injuries. His playmakers have been consistently dealing with individual ailments, and Jones himself has suffered a few injuries, including a neck that forced him out after Week 11.

Jones tossed just 10 touchdowns last year, one of the worst numbers of any starting quarterback in the league. The hiring of Daboll and former Kansas City Chiefs offensive assistant Mike Kafka should boost his numbers significantly, but it might be too little, too late for Jones. He needs to have a Pro-Bowl caliber season to justify a contract extension. Otherwise, management may find it more efficient to draft a rookie quarterback and reset the window.

The Giants draft a Kayvon Thibodeaux with the 5th overall pick this year, pairing him with Azeez Ojulari. Ojulari recorded eight sacks last season, 49 tackles, and 13 QB hits. Having added 10 pounds of muscle mass this off-season, he’s expected to be far more proficient as a run defender.

Thibodeaux is entering the NFL as a good edge setter and phenomenal pass-rusher with a myriad of different moves. Composed of impeccable speed, length, and bend, Thibodeaux can make an impact instantly on defense. At the top of his game, Thibodeaux could be in line to win defensive rookie of the year, but he needs to stay healthy after already suffering a leg injury during minicamp several weeks ago.