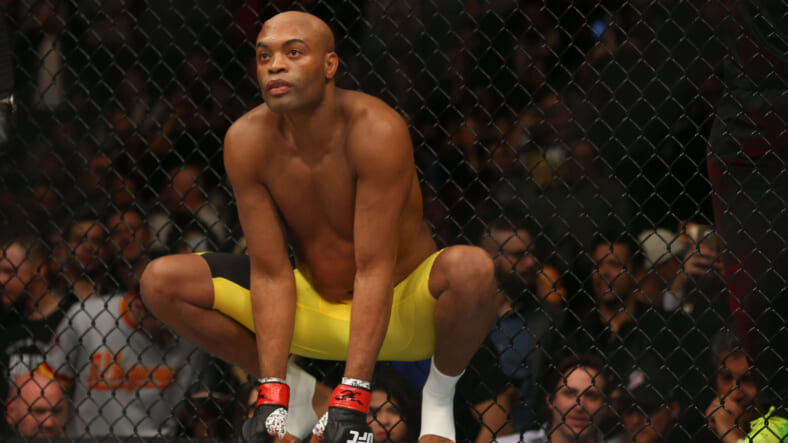 Tomorrow night at UFC Vegas 12, one of the greatest of all time might make the walk for the final time. Former middleweight champion, Anderson Silva (34-10, 1 NC) will be taking on Uriah Hall (15-9) in the main event tomorrow night.

The Spider is one of the greatest champions in UFC history. This week there has been a lot of talk about this fight and his career. At first, Silva did indicate that tomorrow would be his retirement fight. However, he seems to be hedging on that retirement now.Â

Silva has not been the same guy since he lost to Chris Weidman back at UFC 162 back in 2013. Weidman ended Silva’s historic title reign when Silva was caught while showboating. Since that fight, Silva is just 1-6, 1 NC in his last eight fights.

Had Silva just retired after he defeated Stephan Bonnar at UFC 153, he would have gone down as the GOAT. However, Silva’s love for the sport kept him pushing on. Now he takes on a contender in his final fight that reminds a lot of people of Silva.

When Uriah Hall appeared on the Ultimate Fighter, everyone marveled at his striking skills. He was being touted as the next Anderson Silva. After running through the show, Hall stumbled at the finale against Kelvin Gastelum.

Hall’s UFC career has been filled with highs and lows. The best win of his career came when he knocked out Bellator champion, Gegard Mousasi. However, he also has a couple of tough losses like the ones to John Howard and Rafael Natal.

Since his loss to Natal, Hall has only really lost to top competition since 2015. He’s on a two fight winning streak, and he realizes that he needs to do something special at UFC Vegas 12 to get him moving towards the top of the division.

However, Silva is not someone that’s easy to look good against. Just look at his fight against Israel Adesanya. The current UFC middleweight champion struggled at times with Silva. Silva is a master of distance and movement even at his advanced age.

When it comes to the fight tomorrow night, I’m not expecting drastic fireworks. I think that we will be in for more of a striking chess match. While I really want to see Silva go out on a win, I’m going to lean towards Hall. I think he’ll be more active and score enough points to earn a decision.