Is Anderson Silva hedging on retirement ahead of UFC Vegas 12? 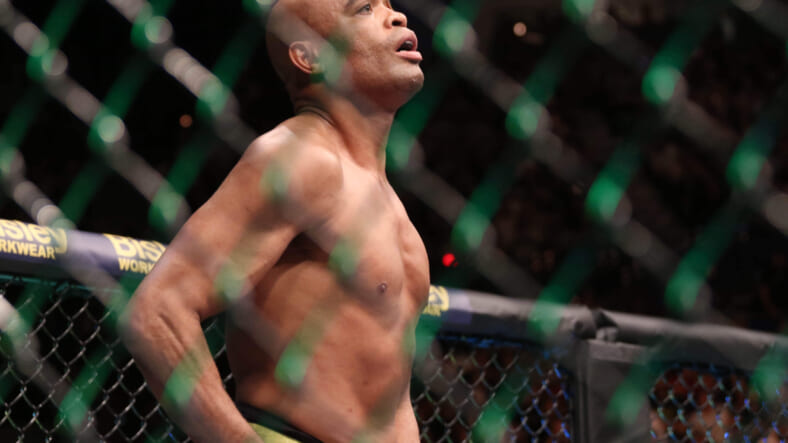 This Saturday night at UFC Vegas 12, former middleweight champion, Anderson Silva (34-10, 1), will be taking on Uriah Hall (15-9) The fight is supposed to be the final fight of Silva’s legendary career inside the octagon. Or so we thought.

Silva came out and said a little over a week ago that this would be his last fight in the UFC. Silva has two fights left with the promotion, but himself and Dana White said that this was his retirement fight. However, Silva seems to be changing his tune ahead of the fight.

Yesterday, Silva appeared on Ariel Helwani’s MMA Show to discuss the upcoming fight and his future. Silva told Helwani, “Maybe I don’t fight anymore in the UFC. Of course, I’d go fight outside (the UFC). Why? Because the people can’t stop my job.”

Should Silva fight outside the UFC?

As stated above, Silva will still have one fight left on his contract after this fight is over. Silva is sounding like someone who’s willing to explore other fighting avenues outside the UFC. However, I really don’t think that he should.

The Spider has been a legend with the promotion. His middleweight title run was absolutely incredible. When he was at his absolute best, he might have been the greatest that the sport has ever seen. However, he hasn’t been that guy for a while now.

It’s astonishing that the 45 year old can still hang. He even won a round against Israel Adesanya two years ago when they fought. Silva loves the sport and you can tell that he still wants to compete, but the UFC might be forcing his hand.

There comes a time where all fighters have to say goodbye. Sure, Silva could beat some lower level guys, but his time as an elite mixed martial artist are gone. I really hope he’s able to put on a good performance Saturday then hang it up. There’s nothing left for Silva to prove.