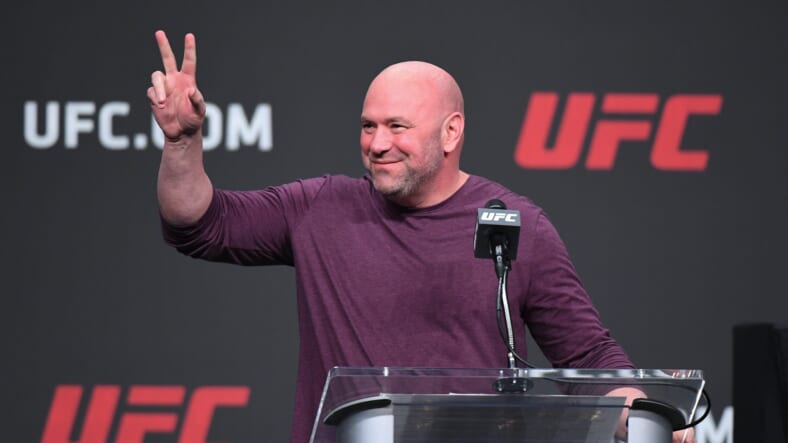 The UFC hosted it’s fourth and final event from Final Island last night, and the card completely delivered from top to bottom. After the card was over, it’s always time to start pondering what’s next. Here are four fights that should be made following last night.

Robert Whittaker vs Winner of Adesanya/Costa

This is one of the easier ones when you think about it. The former UFC middleweight champion looked very impressive last night defeating world class striker, Darren Till.

Whittaker was hurt very early in the fight, but went on to win three of the next four rounds on his way to a unanimous decision. Whittaker improved to 10-1 since moving to the middleweight division.

Bobby Knuckles lost his title to Israel Adesanya back in October of last year at UFC 243. Getting a win over a guy like Till puts him right back in the top contender status.

If you look at the middleweight division, there really is not another fight for Whittaker. I expect Bobby Knuckles to sit back and watch the September title fight with Adesanya and Paulo Costa.

Whoever wins that fight will likely get a fight with Whittaker in early 2021 or even perhaps by the end of this year.

I know you might be thinking, “Why is a Bellator matchup in a UFC article?” Well it’s no secret that last night was the last fight on Fabricio Werdum‘s current contract.

The former champion has made it known that he’s interested in moving on from the UFC. The logical next step for Werdum would be to move to Bellator.

Bellator has a history of pushing UFC vets straight to the top when they jump ship. I expect Werdum to get the same treatment given his resume. The heavyweight division in Bellator is not very strong.

With that, Werdum could go right into a title shot in Bellator. He poses some interesting problems for Ryan Bader. If the Werdum that fought last night shows up, it’s not out of the question that he becomes the Bellator heavyweight champion this year.

Carla Esparza was able to capture her fourth consecutive win last night at UFC Fight Island 3 defeating Marina Rodriguez. With that win, Esparza looks to be ready to challenge one of the divisions best.

In looking at the logical next opponents for her, there are only two opponents that make sense from a divisional standpoint and that’s Tatiana Suarez and Jessica Andrade.

Suarez just finished Esparza two years ago so I can’t see the UFC making that fight. Andrade is coming off of a close loss to Rose Namajunas back at UFC 251.

This fight would pair two former champions against each other as both look to get back to the top. Andrade has lost two in a row, but they were to the two best women in the world. Esparza needs a win over someone like Andrade to prove she’s still one of the very best.

For all of the fighters that took part in Fight Island, the one that UFC fans should be the most excited about is Khamzat Chimaev. The guy is an absolute monster. His dominance can be illustrated with one tweet.

“Borz” is a frightening matchup for anyone in the welterweight division. He’s so exciting because unlike some wrestlers who just take their opponents down, Chimaev is constantly looking to “Smash” his opponents.

Seeing how polished he is already, I would not be surprised to see him fast-tracked. Chimaev’s wrestling base can allow him to move quicker than some prospects would in the UFC.

Perhaps a good fight for Chimaev would be taking on the winner of next week’s Randy Brown – Vicente Luque fight. Either way, Chimaev is going to get a quick turnaround. I expect to see Borz fight one or even two more times before 2021.