UFC: Is Khamzat Chimaev the next Khabib? 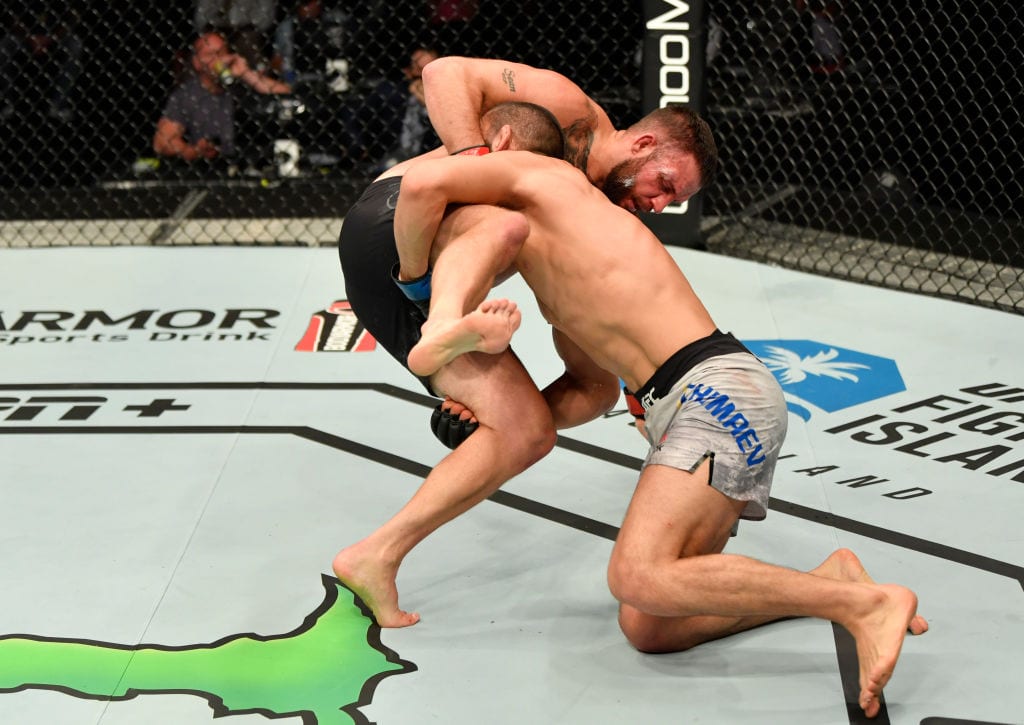 Last night, the UFC hosted their second successful event on Fight Island. The card delivered from top to bottom with great action.

There were many standouts on the card, but there was one fighter who stood above the rest in my opinion. That fighter was Khamzat Chimaev (7-0) who smashed John Phillips (22-10, 1 NC) for two rounds before submitting him with a D’Arce choke.

Chimaev is the first UFC middleweight in the modern era to land at least 100 total strikes in the 1st round, per @ESPNStatsInfo.

As Chimaev walked out last night, the commentators said that people compare him to UFC lightweight champion, Khabib Nurmagomedov (28-0). Those are lofty comparisons for someone making their UFC debut.

However, it was apparent very early into the fight that the comparisons were warrented. Chimaev opened with a wild kick that transitioned beautifully to a takedown. Once on the ground, Chimaev unloaded shots on Phillips.

As Ariel Helwani tweeted, Chimaev landed 124 strikes in just over one round of action. I thought I was watching a bigger version of Nurmagomedov when I was watching Chimaev make his debut.

Chimaev has this ground aggressiveness about him where he wants to, “smash,” his opponents. It is very evident as to why the UFC wanted to pick him up.

From here, it’ll be interesting to see what the UFC does with Chimaev. Chimaev stated that he would like to fight at his normal weight class which is welterweight in his next fight. He even called out Donald Cerrone.

One thing is for sure, Chimaev is definitely a name to keep your eyes on. You can check out some of his highlights below.