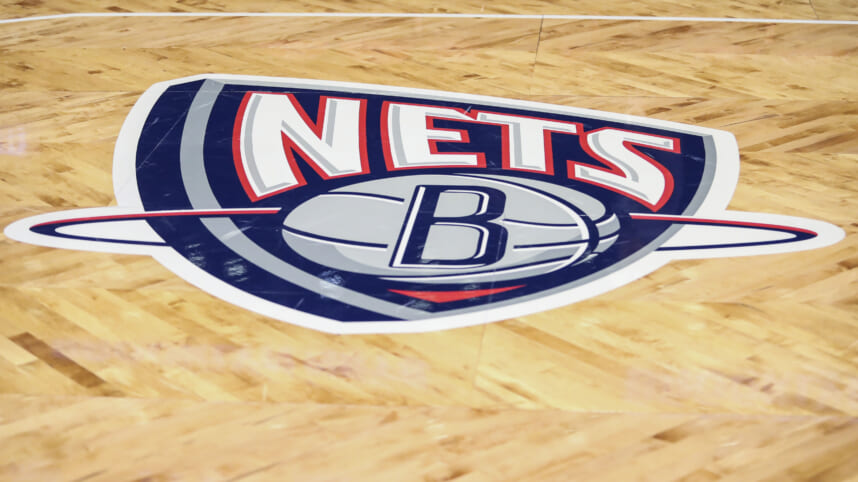 Nov 17, 2021; Brooklyn, New York, USA; The old Nets logo on the court prior to the game between the Cleveland Cavilers and the Brooklyn Nets at Barclays Center. Mandatory Credit: Wendell Cruz-USA TODAY Sports

The Brooklyn Nets have beefed up their scouting department, adding veteran league executive Jeff Bower to a scouting role, per Marc Stein.

Bower last served as the vice president of basketball operations for the Phoenix Suns for two seasons, helping general manager James Jones build a sustainable playoff contender leading to an NBA Finals stint in his final season with the team. He and the Suns mutually parted ways last year.

Bower will bring a wealth of experience from serving in various capacities with three different NBA teams. Before joining the Suns, he served as general manager to New Orleans Hornets and Detroit Pistons.

Bower was responsible for rebuilding the New Orleans franchise in the aftermath of Hurricane Katrina. He turned the Hornets from a lottery team to a contender by drafting Chris Paul, David West, J. R. Smith, Darren Collison and Marcus Thornton and orchestrated trades for Tyson Chandler and Morris Peterson.

He briefly became New Orleans’ head coach after the firing of Byron Scott in 2009 and led the team to a 34-39 record despite losing Paul to a knee injury. Bower stepped down as head coach following the season and returned to his general manager post which did not last long. He left the Hornets in 2010 after spending 14 years with the franchise in different capacities: director of scouting, director of player personnel, as a scout, GM, assistant coach and head coach.

After a brief head coaching stint with the Marist College basketball team, the Pistons hired him as general manager in 2014. In his second season, the Pistons franchise reached the playoffs for the first since 2009. He was fired in 2018.

Bower is joining a Nets organization at a crossroads.

Kevin Durant agreed to return after rescinding his trade demand when the Nets could not find a suitable trade partner. Kyrie Irving is on an expiring deal. Ben Simmons is still getting his legs back after sitting out for a year due to mental health concerns and a back injury.