Kevin Durant reveals reason behind Nets trade request: I had some doubts 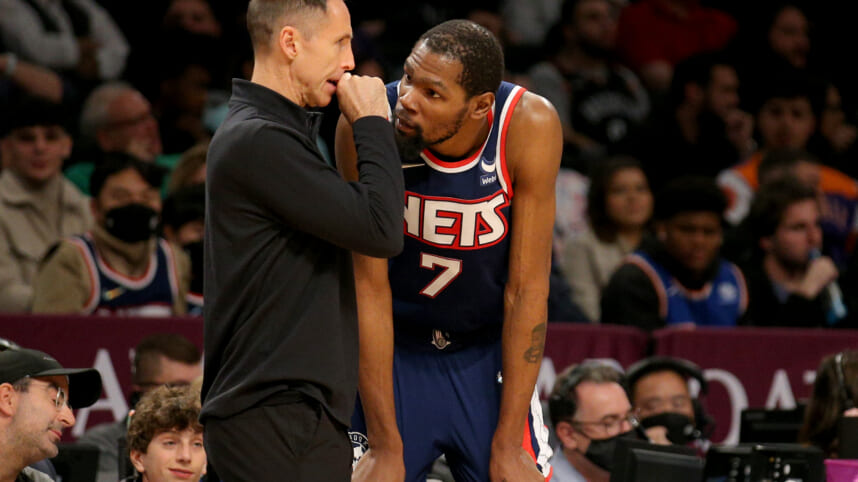 Brooklyn Nets superstar Kevin Durant faced the media for the first time since the aborted trade request. He did not run away and answered the tough questions with candor.

Durant, who will turn 34 on Thursday, said doubts crept into his mind on the Nets’ ability to win a championship following a turbulent season that ended in a first-round sweep.

“I’m getting older and I want to be in a place that’s stable and trying to build a championship culture. So, I had some doubts about that.”

Durant denied those doubts had to do with his closest teammate, Kyrie Irving, not getting a contract extension. He slammed the notion that he controls everything in the Nets organization.

“Since Day One, I never walk to any GM office coach’s office to demand anything, tell him to sign anybody or run a play for me. I come in and do my job as a player which is to be coachable and work as hard as I can and be available.”

Durant sought accountability which he felt was lacking last season. Their top-heavy lineup unraveled when the injury bug hit them. Then James Harden quit on them.

“I wanted everybody to be held accountable for their habits as a basketball player. I think a lot of stuff was getting swept under the rug because we’re injured or this guy’s not around or just the circumstances. I thought we could have fought through that a little bit more and focused on the guys that were here a little bit more.”

In December, the Nets were on top of the Eastern Conference. But a 10-game losing streak when Durant and James Harden toppled them. From a contender, they suddenly turned into a fringe playoff contender in a blink of an eye.

“And I’m like, we shouldn’t be losing some of these games that we lost, regardless of who’s on the floor. So I was more so worried about how we’re approaching every day as a basketball team. And I felt like we could have fought through a lot of the stuff that I felt that held us back.”

After sorting out those things with GM Sean Marks, coach Steve Nash and Nets owner Joe Tsai, Durant hopes his grievances will be addressed as they move forward.

“I’m glad that we talked through it and we all figure out what we need to do to be a — forget championship — just a good team, a respectable team. I feel like we don’t have any respect out there on the court and that’s what I want for us. A respect amongst the NBA community as a team of how we play on both ends of the floor from GM all the way down to the equipment manager. I want that respect and I think you do that by how you work every single day.”

Irving will be fully available, barring any injuries. Ben Simmons is healthy and ready for the training camp. And so is Joe Harris, who has recovered from ankle surgery. They still have Seth Curry and Patty Mills. Nic Claxton is back. They gave up a first round pick for 3-and-D wing Royce O’Neal. Markieff Morris add toughness and leadership to the group. They have also picked up players with chip on their shoulders in TJ Warren, Yuta Watanabe and Edmond Sumner.

“It’s a year of growth, of looking in the mirror and knowing we f**ked up as a team, and that only makes you better.”

Will they grow into a respectable team that will erase Durant’s doubts a year from now?