Over the weekend, the UFC finalized a massive fight in the strawweight division. MMA DNA was the first to report that verbal agreements were in place between Yan Xiaonan (13-1, 1 NC) and Carla Esparza (17-6).

The matchup is scheduled to take place at the UFC‘s Fight Night on May 22nd. Given the current ranking of both of these strawweights, the winner of this matchup will likely be the next in line for a shot at the title.

Last week we learned that the UFC was close to finalizing Zhang Weili – Rose Namajunas. That matchup would take place in April and the winner of this matchup would be ready to step in there next against whoever wins that fight.

It’s been an interesting run in the UFC for Carla Esparza. She made her debut with the promotion via The Ultimate Fighter. In the year she was on the show, the promotion had created the strawweight division. The winner of the show would be crowned strawweight champion.

Esparza would go on to submit Rose Namajunas in the finale to become champion. However, she lost her first title defense by TKO to Joanna Jedrzejczyk. Since then, Esparza hasn’t been able to work her way back to the title.

Every time Esparza has come close to another UFC title shot, she’s faltered. However, she’s currently on a four-fight win streak and she’s just one more win away from getting back to the title. However, there’s a stiff test in front of her.

Every time she’s fought, she’s looked better and better. Her competition level has risen every time the UFC has put her in the octagon as well. It’s been a slow build but her last three wins came against Angela Hill, Karolina Kowalkiewicz, and Claudia Gadelha.

All six of her wins have gone to the scorecards, but not a single one was a split decision. The UFC has been making a large investment in China over the last couple of years. Xiaonan is a big part of the promotion’s plan to expand in the Asian markets.

A dream scenario could be forming for the promotion should Xiaonan win in May and Zhang Weili win in April. If both of these strawweights win, the UFC could put together an event featuring an all-Chinese main event for the first time in history and they could do it in China.

You have to imagine with these matchups and the recent investment in that market, this is what the UFC is hoping for. However, both ladies have very tall orders in front of them and I’m just excited to see how it all plays out. 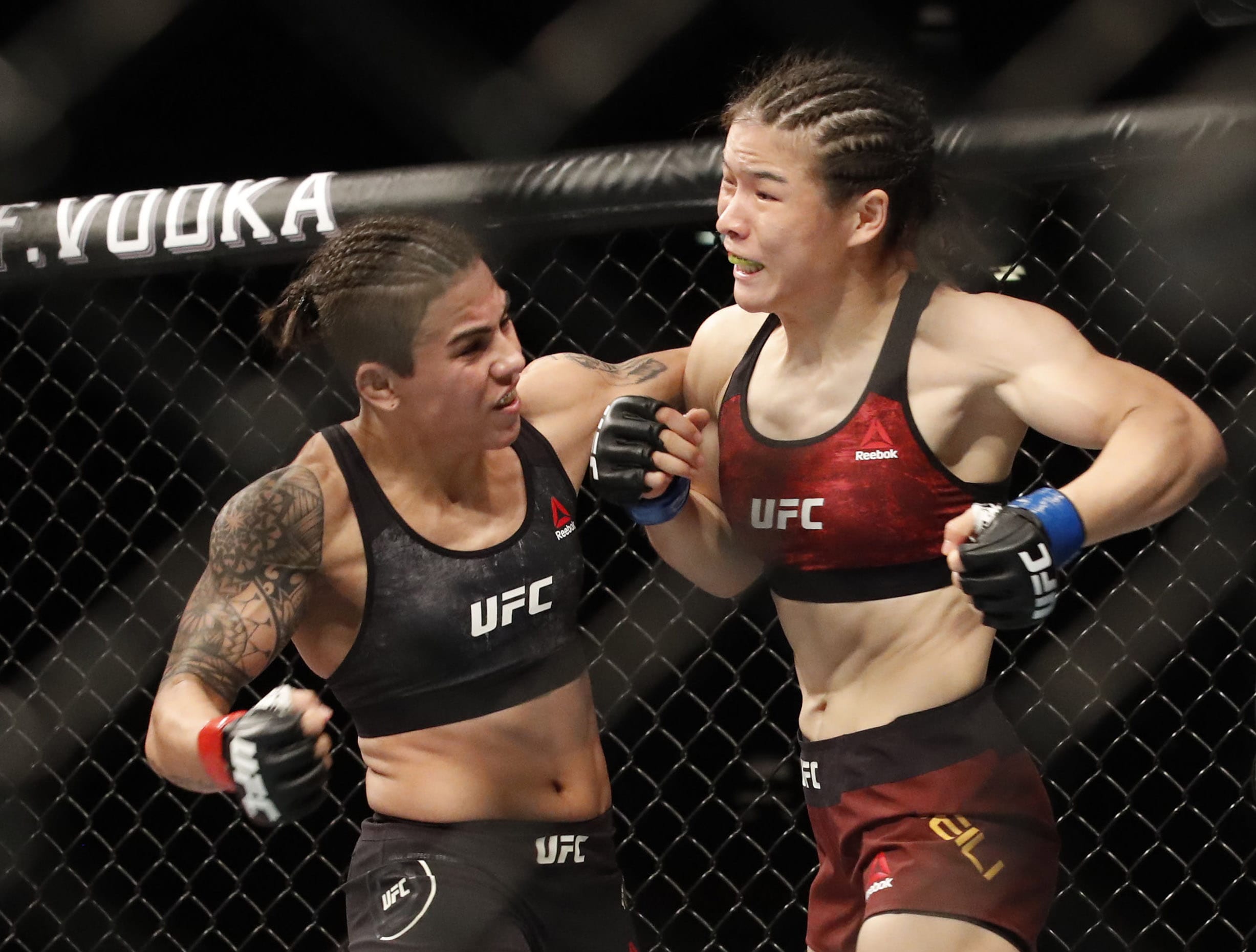 She did a fantastic job last night of showing off her beautiful striking from distance. While Gadelha was able to take her down in the first round and control her, Xiaonan bounced back in the final two rounds to really dominate the striking and win the decision.

As stated, it was the sixth straight UFC victory for the Chinese born strawweight. The UFC‘s China market has taken off over the last couple of years and a major contributor to that is the current strawweight champion, Weili Zhang.

You have to imagine that the promotion is already daydreaming about a potential matchup between Zhang and Xiaonan. That would easily be the biggest fight in the history of Chinese MMA. With last night’s victory, Xiaonan is perhaps only one more win away from securing that shot.

With the win, Xiaonan is expected to jump into the top five of the UFC‘s rankings while Gadelha will drop a little. The division is very exciting right now and it seems extremely fluid when it comes to the top contenders.

What’s the state of the UFC’s strawweight division?

Starting at the top, you have Zhang. Zhang has become a superstar for the promotion and was the first Chinese born UFC champion in history. This year, she had what many are considering to be the fight of the year against Joanna Jedrzejczyk.

It was an absolute war and Zhang walked away with the decision. The next fight for the UFC champion seems pretty obvious. Currently, the promotion is targeting a fight between her and former UFC champion, Rose Namajunas. That fight is expected to take place next year.

After those two, the division gets interesting. You have Jedrzejczyk ranked second, however, her next steps aren’t clear. She flirted with retirement, but recently said that she would be fighting again but wants to wait for fans to return before she comes back.

Another former UFC champion is ranked right behind her in Carla Esparza. Esparza is currently on a four fight winning streak that has her knocking on the door for another potential UFC title shot. After Esparza you’ll have Xiaonan, Nina Ansaroff and Michelle Waterson. Tatiana Suarez is also in there, but has been inactive due to injuries.

After last night, I believe that the UFC should look to book Xiaonan against either Jedrzejczyk or Esparza. Whoever they can book her with in early 2021, I try to make that happen. Perhaps on the same card as Zhang and Namajunas with the winners facing off in the summer. 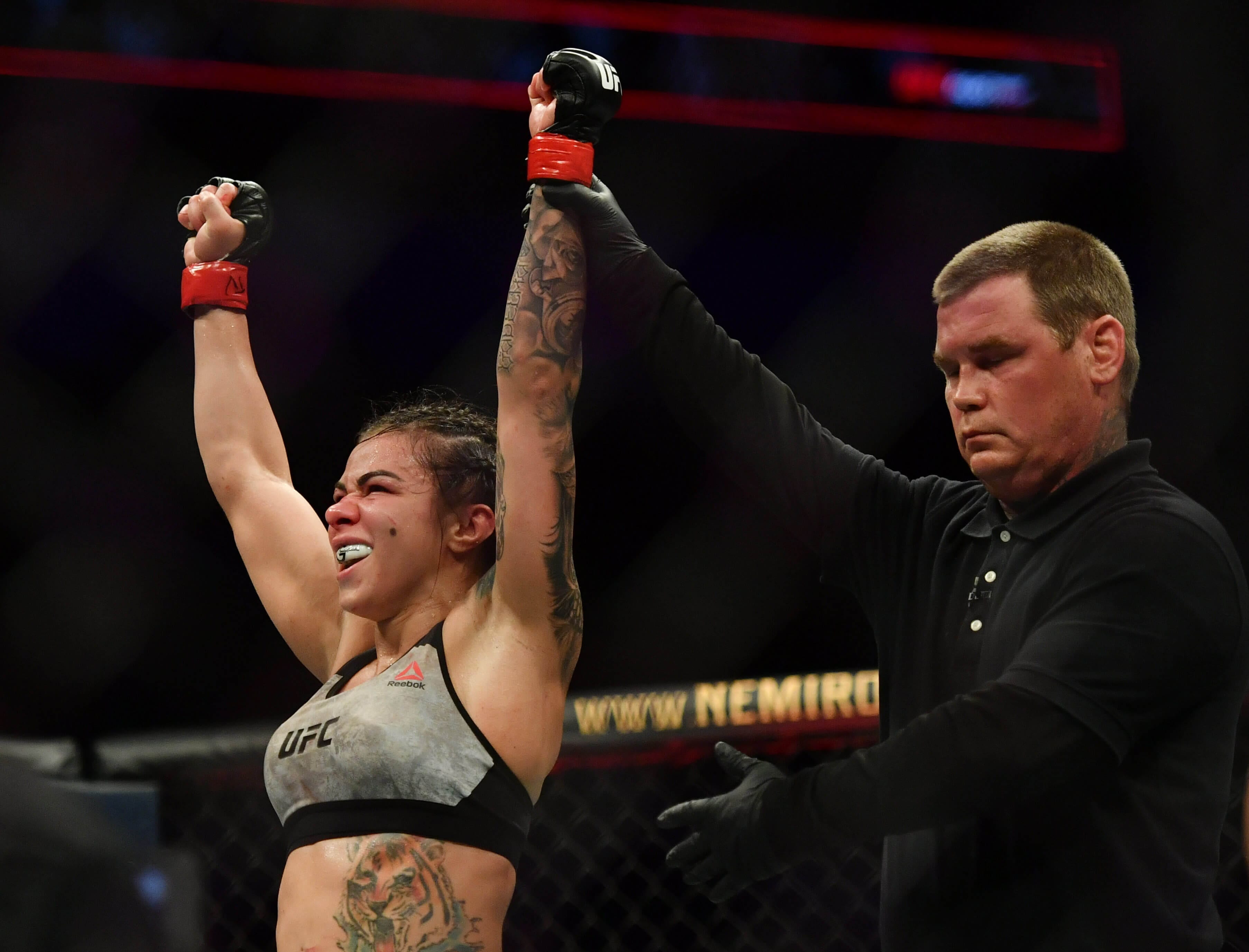 There is a very solid strawweight contest on tomorrow night’s UFC Vegas 13 main card. Top ten contenders Claudia Gadelha (18-4) and Yan Xiaonan (12-1) will go to war. Both of these ladies are looking to take one step closer towards the UFC title.

Yan Xiaonan is a big time prospect for the UFC. The Chinese strawweight has come out swinging in her UFC career thus far. She’s won all four of her fights inside the octagon which includes victories over Angela Hill and former title challenger, Karolina Kowalkiewicz.

The UFC is becoming increasingly popular in China. The current strawweight champion, Weili Zhang, was the first Chinese born fighter to claim gold inside the octagon. Xiaonan could be the next great fighter from China.

Standing across from her will be former title challenger Claudia Gadelha. Gadelha comes into this contest after going 3-1 in her last four fights. However, many people believe that she actually lost two of the fights that she won.

Gadelha is coming off of a very close split decision victory over Angela Hill back in May. A good amount of people do not believe that Gadelha should have had her hand raised that night. Nevertheless, she did and a win tomorrow would mean three straight wins.

This is such an interesting matchup between these two ladies. It almost seems a little like the bull and the matador. To me, Gadelha has to come right out and try to pressure Xiaonan. Gadelha doesn’t do extremely well with fights that are fought at range.

She has to get on the inside if she wants to hand Xiaonan her first loss in the UFC. Likewise, Xiaonan has to keep the fight at a distance. She’s very good at striking from range and she does a fantastic job of working off of her jab.

I would expect that Gadelha will try to get this fight to the mat. While she might have a power advantage, I don’t see her having the striking advantage. In the end, I think this one stays on the feet enough over three rounds to see Xiaonan remain unbeaten in the UFC. 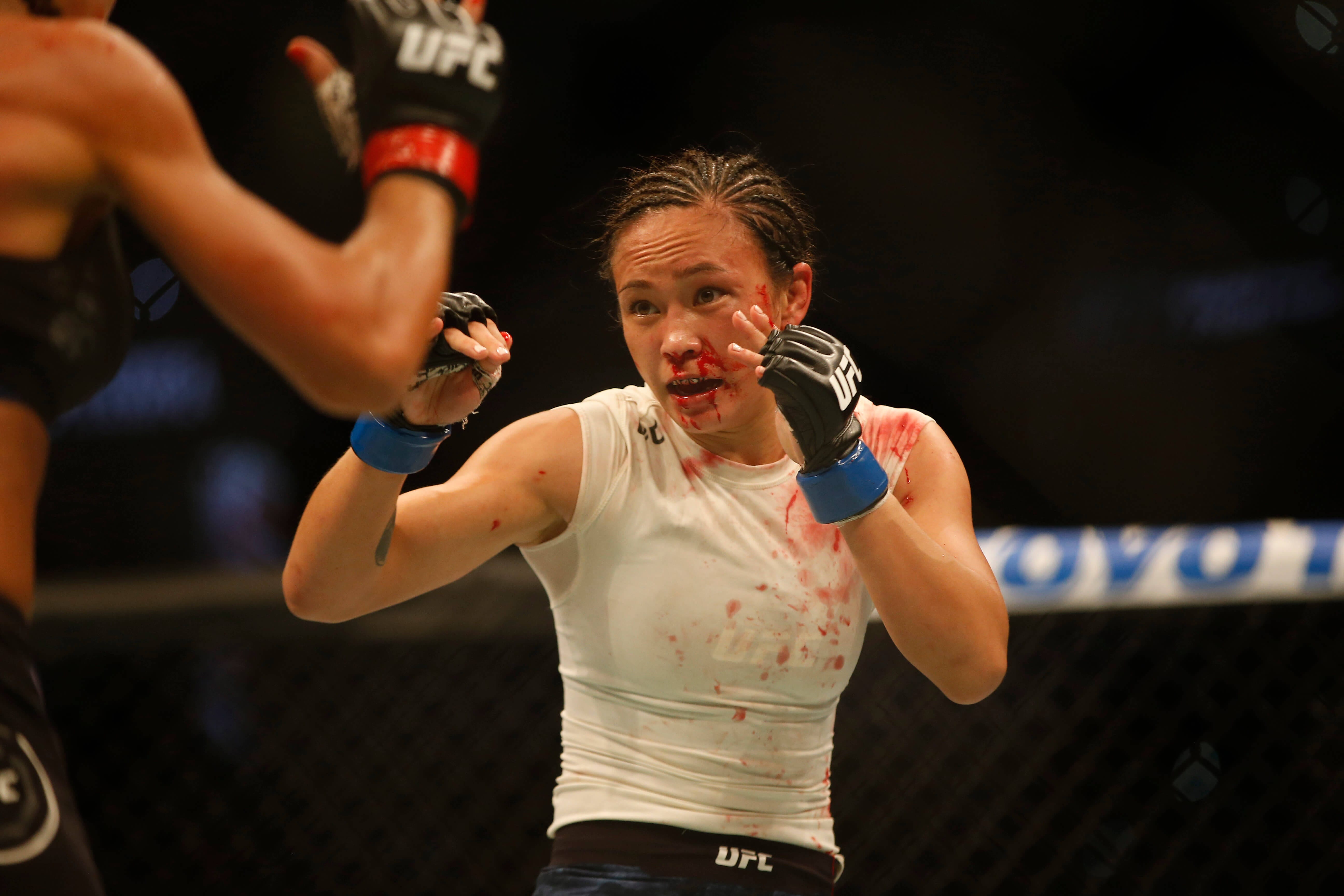 Former UFC strawweight title challenger, Claudia Gadelha (18-4), will be making the walk again on September 26th. Standing across from Gadelha will be Chinese contender, Yan Xiaonan (12-1-1).

Gadelha last fought back in mid-May against Angela Hill. The fight was really close, but the judges gave the fight to Gadelha by split decision. It was Gadelha’s second consecutive win following her decision loss to Nina Ansaroff. Since last competing for the UFC title back in 2016, Gadelha has gone 5-2 over the last few years. A win on September 26th would put her back into title contention.

Since making her UFC debut back in 2017, Yan Xiaonan has been starting to make waves. She has worked her way through all five of her UFC opponents winning every contest by unanimous decision. In her last fight, Xiaonan dominated former title challenger Karolina Kowalkiewicz.

Gadelha and Xiaonan both share another common opponent in Angela Hill. Of course, Gadehla won a close split decision over Hill, Xiaonan on the other hand took a clear unanimous decision in their fight. It’s an interesting matchup that I’ll be curious to see playout.

If Xiaonan is able to defeat Gadelha, the UFC could try to push her up the ladder to challenge Weili Zhang. Perhaps that fight could take place in China making history as the first UFC event headlined by two Chinese born fighters. That would be a massive day in the history of the UFC. The company has made massive investments in the Asian market in recent years, and it’s huge to have top talent coming out of Asia.