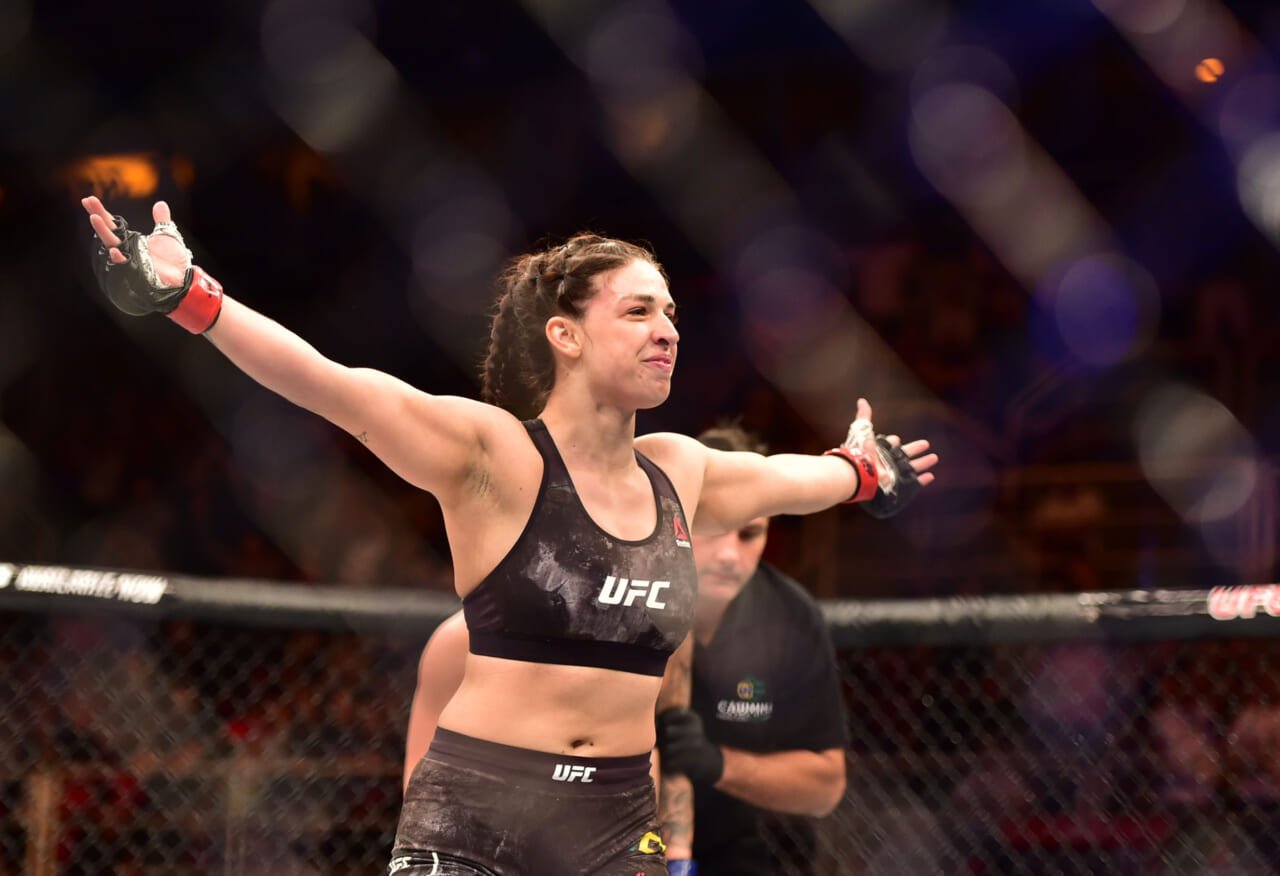 This past weekend in the headliner of UFC Vegas 61, we saw a fun matchup in the strawweight division. Top contenders Mackenzie Dern (12-3) and Yan Xiaonan (16-3) battled it out as both were looking to take a step towards title contention.

Heading into this matchup, it was obvious what the game plan was for both. Mackenzie Dern needed to get the fight down to the ground and Yan needed to keep the fight standing. Before the fight, Dern said that she needs to finish opponents when she get them down with her elite jiu jitsu.

Well, she had her opportunities on Saturday. When the fight was standing, Yan was in control. Her speed and combinations were too much for Dern. However, the second round and the fifth round featured utter domination from Dern after landing takedowns.

Now, Dern was not able to get a submission and that’s a testament to the defense of Yan. However, she held the mount/back control for more than four minutes in the final round. She also landed a ton of shots from the top. I scored the final round 10-8 which would’ve been a draw. One judge saw it that way, but two others gave the UFC Vegas 61 victory to Yan.

What’s next after UFC Vegas 61?

Mackenzie Dern has elite skills on the ground. However, UFC Vegas 61 showed us once again that she’s not ready to be a champion with her current level of stand up skills. I’m not saying she needs to turn into Rose Namajunas on the feet, but she needs to improve enough to make her respectable.

She also needs to work on her offensive takedowns. If those two areas don’t sharpen up, it’s going to be hard for her to reach the top. That being said, what should be next after her fight on Saturday? Well, I like a potential matchup with Dern and Angela Hill.

Hill is currently ranked 12th in the division and despite the record, she’s one of the better strawweights in the world. She’s been on the downside of some very close decisions. Had she won those decisions, she might’ve challenged for a title by now.

Hill has a very good overall skillset and she would be a good challenge for Dern.