What’s next for Yan Xiaonan after win at UFC Vegas 61? 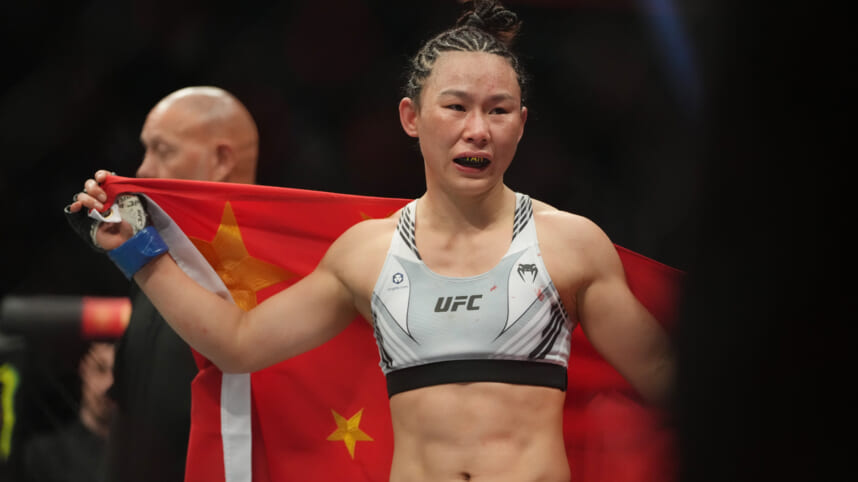 This past Saturday night in the headliner of UFC Vegas 61, we saw a fun matchup in the strawweight division. Top contenders Mackenzie Dern (12-3) and Yan Xiaonan (16-3) battled it out as both were looking to take a step towards title contention.

Yan Xiaonan started out her career in the UFC flawlessly. She won her first six fights inside the octagon and that earned her a shot against Carla Esparza. At the time, Esparza was trying to get back to the strawweight title and the fight was looked at as a title eliminator.

Esparza dominated that fight. Then, Yan took on Marina Rodriguez. The fight was razor close with Rodriguez getting the nod. Coming off those two straight losses, UFC Vegas 61 became incredibly important for Yan.

In this fight, she needed to keep the fight standing. She couldn’t risk going to the ground with Dern. When the fight was standing, you saw how impressive Yan is. Great kicks, good speed, and decent combinations. All of those things won her three rounds going away.

However, Dern was able to take her down in two rounds. Those two rounds were dominated by Dern, but it’s worth nothing that Yan survived those rounds. Personally, I had the fight a draw 47-47 and one judge saw it that way as well. However, two judges saw it for Yan and she won the fight by majority decision.

What’s next after UFC Vegas 61?

This was a huge win and as mentioned, it snapped her two-fight losing streak. Now that she’s back in the win column, what should be next for Yan? Well, she told Ariel Helwani on the MMA Hour today that she wanted a shot against Rose Namajunas next.

It’s not a bad fight at all. If Namajunas is interested in the matchup, it would be a fun one for fans and it would be a great title eliminator. However, I’m not sure it’s a fight that Thug Rose would take right now. With that being said, there’s another top contender out there for Yan.

I would love to see her in a matchup with Jessica Andrade. This would be a big test for Yan giving her another former UFC champion. Andrade has looked like a machine in her last couple of bouts. If Yan can defeat Andrade, there shouldn’t be a doubt that she could fight for the title. Who knows, if Zhang Weili wins in November, we could see an all-Chinese title fight sometime in 2023.