Beal remained adamant that he’s not quitting on the Washington Wizards. But an influential New York Knicks executive is reportedly cooking up a Beal trade.

“I’ve got it from a very good source that the Knicks are quietly interested in a Bradley Beal. How’s that gonna happen? He’s signed to a long-term deal. He has not said he wanted to be traded. But you forget, the Knicks have World Wide Wes on their side. He’s been in the ears of some of Beal’s people and kinda nudging them that this might be the time to push for a trade,” Kay said on his ESPN radio show last week.

Brightest star in the biggest market

Beal is fresh from getting his first All-Star starter nod, ranking first in fans, media, and players’ votes among all Eastern Conference guards. He’s leading the league in scoring with a career-high 32.8 points per game on 47/34/90 shooting splits. The 27-year old star is also putting up career-best 5.2 rebounds, 4.7 assists, and 1.3 steals. But despite his spectacular numbers, the Wizards are in the bottom three in the East though they have won their last three games.

On the flip side, things are getting rosy in New York. The Knicks are in the playoff conversations and are quickly becoming an attractive destination. New team president Leon Rose, along with Williams and head coach Tom Thibodeau, has dramatically changed New York’s culture.

The appeal to Beal in New York is a chance to become the biggest star in the biggest NBA market. And if he wins in New York, that will cement his basketball legacy.

Along with their early on-court success, a treasure trove of picks, and a $15 million cap space, the Knicks are in a prime position to be an aggressive buyer in the trade market.

If Beal and the Wizards decide to part ways, the asking price would be in the James Harden trade neighborhood.

When asked what the Wizards could seek from the Knicks in exchange for their long-time cornerstone, Marks told Empire Sports Media that it would require giving up both the first-round picks from Dallas (2021 unprotected, 2023 top-10 protected), a minimum of two unprotected first-round picks, pick swaps and sophomore swingman RJ Barrett.

A package like that could still leave the Knicks in a good position to contend in the East with a core of Beal, Randle, Mitchell Robinson, and Immanuel Quickley, all of whom are still under 30 years old and plenty of cap space to chase another star. 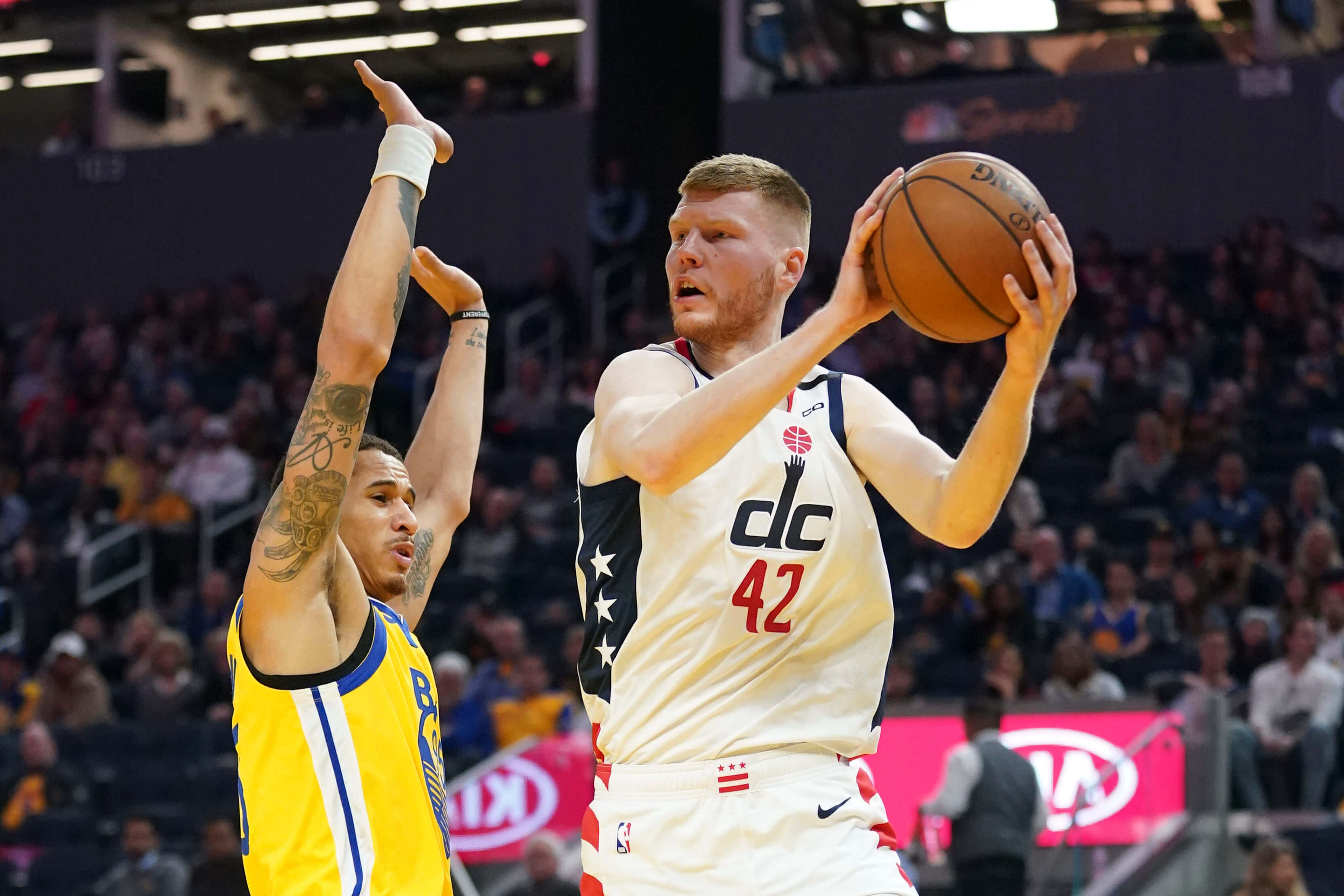 According to Marks, the Knicks would need to pay a premium if they really intend to join the bidding war for Bertan’s services. 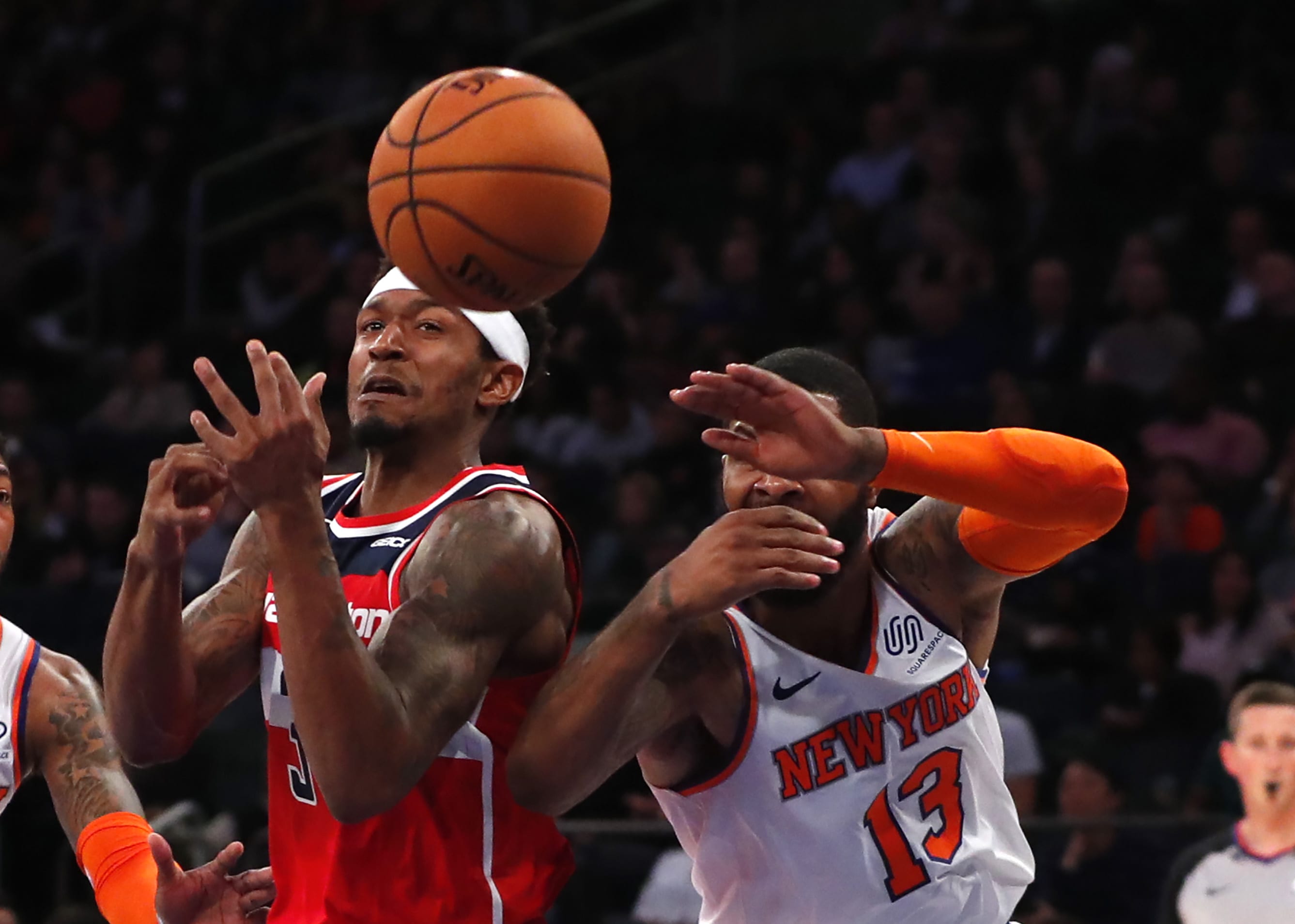 The Brooklyn Nets have an outside chance to land Bradley Beal, if not this offseason, in the foreseeable future.

Expect the Beal trade chatter to continue until next season after the Washington Wizards superstar left the door open for him to bolt out from D.C.

Beal, appearing on J.J. Redick’s podcast The Old Man and the Three, explained why he only signed a one plus one extension instead of the three or four-year deal.

“I want something built around me. I have that opportunity to do it here. I signed my deal and structured it to have some flexibility,” Beal said. “Because at the end of the day, I still want to win. The (Wizards) organization have to show me that we want to win. I want to see what John (Wall) is like [when he returns] as well.”

“You still want to be able to protect yourself and kinda be selfish. How can I create some type of flexibility for myself if we aren’t winning, if I do choose to get out.”

Beal suprised the league when he signed a two-year, $72 million extension that will keep him in Washington until the summer of 2022 when he can exercise his player option to enter free agency.

If he declines his player option, he would be eligible for a lucrative five-year, $266 million deal or sign elsewhere for a four-year, $198 million contract.

“You still want to be able to protect yourself and kinda be selfish. How can I create some type of flexibility for myself if we aren’t winning, if I do choose to get out.”

The Nets have reportedly discussed last summer on how to acquire Beal as the team’s third star after Kevin Durant and Kyrie Irving joined them last year.

At that time, Beal took the news as a sign of respect.

“It’s not the first time I’ve heard this kind of talk,” Beal told ESPN’s Jackie MacMullan. “It’s interesting. To me, I look at it as a sign of respect, that I’ve been doing good things and guys want to play with me. That’s an unbelievable feeling. When you hear that Kyrie and KD want you, s—, that’s amazing.”

“At the same time, you don’t know how much there is to it, or how easy it would be to do. And I’ve put down roots in D.C. I’ve dedicated myself to this town, this community. I love it here, and it would feel great to know I could grind out winning here instead of jumping to another team. But I’d be naive to say that I don’t think about it when these stories come up.”

The Wizards are hoping that Wall’s comeback will ease up the load on Beal and help them get back into playoff contention in the East which has gotten stronger with a healthy Durant and Irving in Brooklyn.

Wall has only played 73 games since 2017-18 but looks fine in a recent workout against, ironically, the Nets that surfaced on social media.

Without Wall, Beal had to shoulder much of the load and despite a stellar campaign last season, he wasn’t named to any of the All-NBA teams. Beal averaged 30.5 points, 4.2 rebounds and 6.1 assists while shooting 45.5 percent from the field, 35.3 percent from beyond the arc and 84.2 percent from the free throw line.

He was the first player to average 30 points and six assists who wasn’t named to any All-NBA team.

The Nets as well as the other contenders will be closely monitoring Beal and the Wizards situation.

The pressure is building up in Washington. 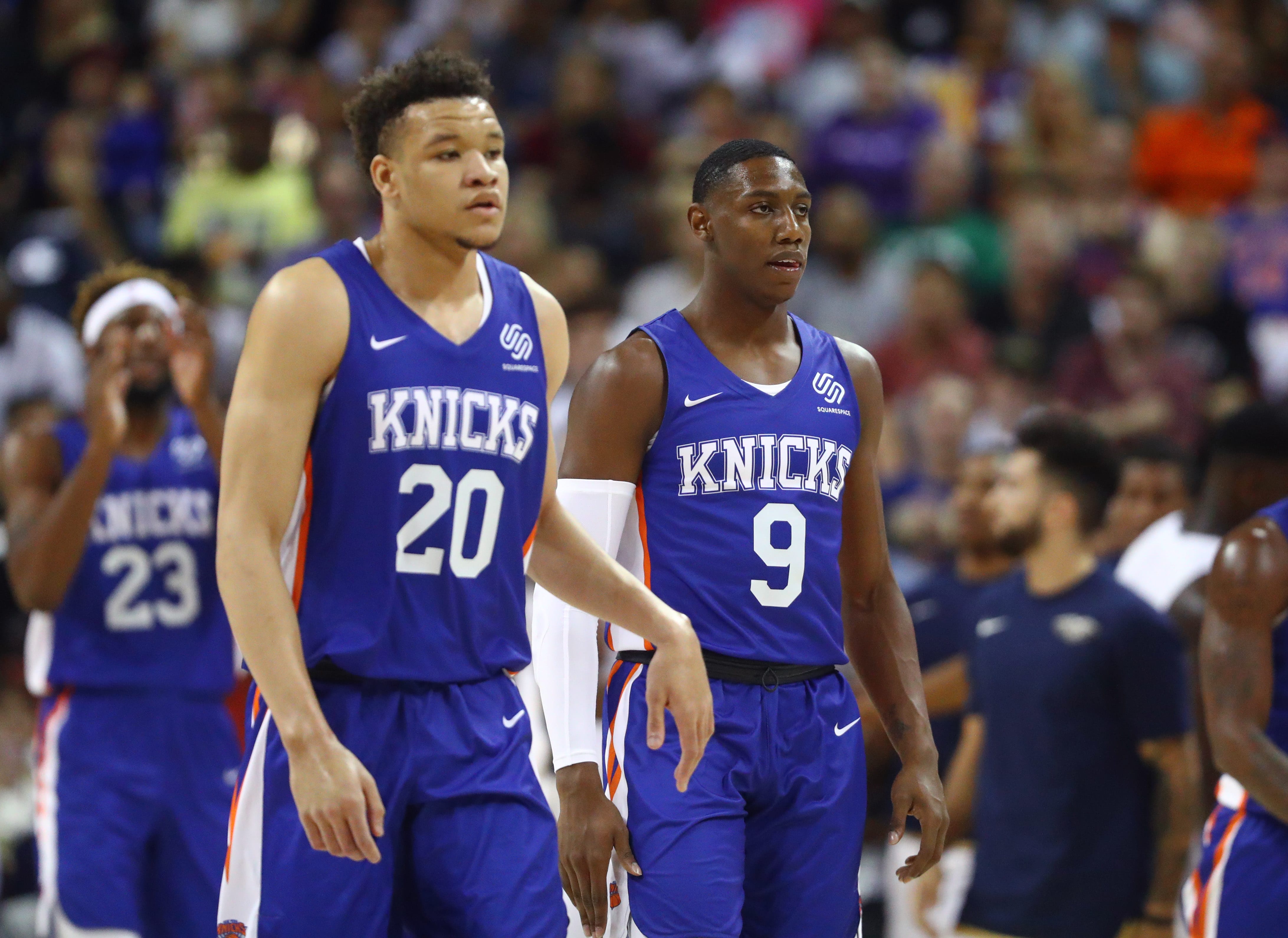 The New York Knicks seem to be shifting away from a youth mindset and towards a veteran experience one. So far during the preseason, the starting team has featured predominantly veterans, which isn’t a negative thing considering the increased potential of success.

Free agents Julius Randle and Marcus Morris have been influential so far, showing their efficiency on offense but the ability to play defense as well.

However, head coach David Fizdale must remain consistent and prioritize the younger players on the roster that are in dire need of experience and will be the future of the franchise. He has done an excellent job so far, getting RJ Barrett playing time and ensuring he adapts to the NBA level quickly. Only live game experience can help him in that facet, and he shouldn’t take his foot off the gas in regards to playing him alongside the veterans.

Through two games, Barrett has looked good at times and bad at others. That’s only natural for a rookie looking to leave his mark.

The first-round pick added 15 points on 6–for-15 shooting in his home debut during the preseason. Despite the loss, the team is developing chemistry and learning how to play with one another, which is the entire purpose of the preseason and will be beneficial moving forward.

The mentality and ideology Fizdale has appropriated to the team has been a good one. He has been preaching a team-first approach with this season’s roster and losing Kevin Durant, and Kyrie Irving to the Brooklyn Nets certainly hurt the team’s appeal. Randle, the former New Orleans Pelicans, has been a fantastic addition so far, and his positivity was a welcomed trait.

Randle’s experience should help the Knicks weather more storms during the 2019-20 season. The issue in 2018 was the Knicks’ lack of ability to respond when opposing teams got hot. That is what happened against the Wizards on Friday night.

“After eight minutes, we just kind of relaxed, let our guard down,” Randle said. “That’s the NBA. They started hitting a bunch of threes and feeling good about themselves. They went on a run and we didn’t respond.”

Overall, the veterans will have an impact, especially in regards to helping the younger players, but the Knicks must give opportunities to their youth, as they represent the future.