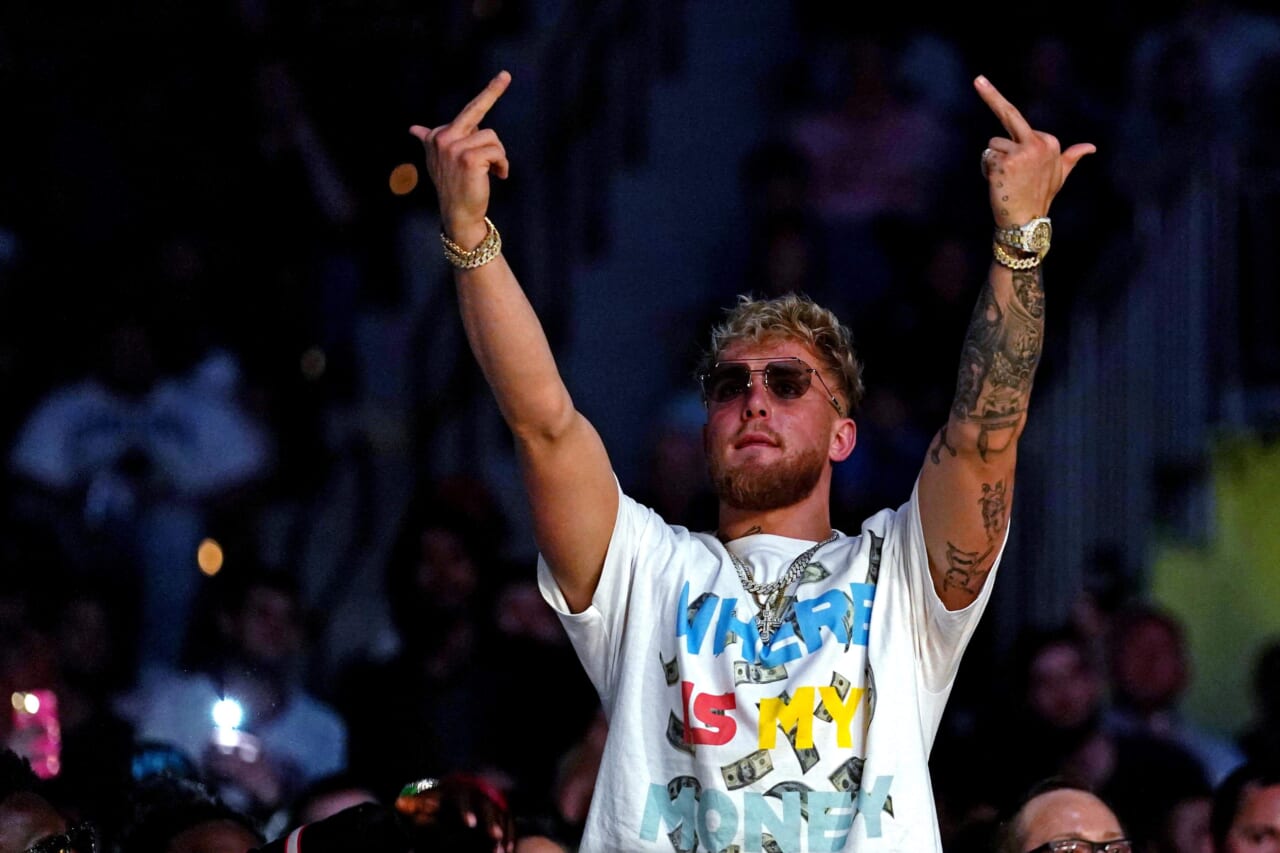 One of the biggest potential boxing matches to be made has finally been signed and will go down in less than two months. Today, Jake Paul (5-0) and Tommy Fury (8-0) both announced that the contracts have been signed for their fight and it will finally go down.

The two men will meet in the squared circle on August 6th at Madison Square Garden in New York City. Originally, the two were supposed to meet last December, but Fury had to pull out of the fight due to injury.

After Fury pulled out, Jake Paul had his rematch with former UFC welterweight champion Tyron Woodley. After a lackluster start to the boxing match where Paul didn’t seem incredibly sharp, he landed a blistering right hand that knocked Woodley out cold.

The knockout win gave Paul his fifth boxing win and gave him his fourth knockout. Tommy Fury returned to the ring in April when he took on Daniel Bocianski. Wasn’t the greatest performance, but Fury got the job done and won by decision.

Amanda Serrano and I dual main-event at the Mecca of boxing.

When these two men first started talking about meeting in the boxing ring, I honestly thought that Tommy Fury was the better boxer. He had a good record, is the younger brother of one of the greatest boxers in history, and he has great physical traits.

However, after watching the two compete in the ring multiple times now, I think it’s safe to say Jake Paul should be the favorite. Love him or hate him, Jake Paul has a ton of pop in his shots and he’s very explosive.

He’s shown that he can hold his own in the boxing ring. Yes, he hasn’t faced any true boxers, but in Tyron Woodley, he fought someone that could put him in danger. He went through that fire twice and won both times.

Fury hasn’t fought anyone of note and he’s honestly looked a little stiff at times in the ring. Now, I believe we will likely see the best Tommy Fury when these two meet. There’s a lot of pressure on him to win this boxing match for his family. His older brother, Tyson Fury, jokingly said he’d be kicked out of the family if he lost.

There’s also a lot of pressure on Jake Paul to get the win. If Paul gets the win, it’s going to setup a potentially massive fight with Nate Diaz towards the end of the year. It could be another lucrative year for The Problem Child.

Showtime Boxing has officially booked a highly anticipated matchup that’s been rumored for weeks. Today in a press release, Showtime announced that Jake Paul (4-0) will be returning to the boxing ring in December and will be taking on Tommy Fury (7-0).

These two have been going back-and-forth for months and Showtime has been working on booking this matchup since early September. The boxing matchup will take place on December 18th and it’s scheduled for eight rounds.

These two were on the same card back in August. Jake Paul headlined the card against Tyron Woodley while Tommy Fury took on Anthony Taylor on the undercard. Both men picked up decision wins that night to remain undefeated.

Fury will be the first time that Jake Paul will be taking on a professional boxer. The younger brother of heavyweight champion Tyson Fury rose to fame after appearing on a reality TV show, but he’s getting more and more well-known for his boxing.

Fury has already been in three matchups in 2021 so he will be making the walk for the fourth time. There will be a lot of pressure on his shoulders and his brother Tyson has already said that the family will disown him if he loses to Jake Paul in boxing.

Jake Paul really started to take his boxing career serious this year. Yes, he had two professional fights before this year, but they were against an internet celebrity and a former NBA player. Paul started targeting MMA fighters to up his competition level.

He started out slow by taking on Ben Askren who is known for having horrific striking. Paul knocked him out in the first round back in April. Then, Paul took on the challenge of boxing former UFC champion Tyron Woodley.

Woodley was the first person to ever put Paul in trouble in the ring after hitting him clean a couple of times. However, Paul was more active throughout the fight and won a split decision. Now, Paul is going to be boxing someone in the same sport who is a bigger man and is undefeated. 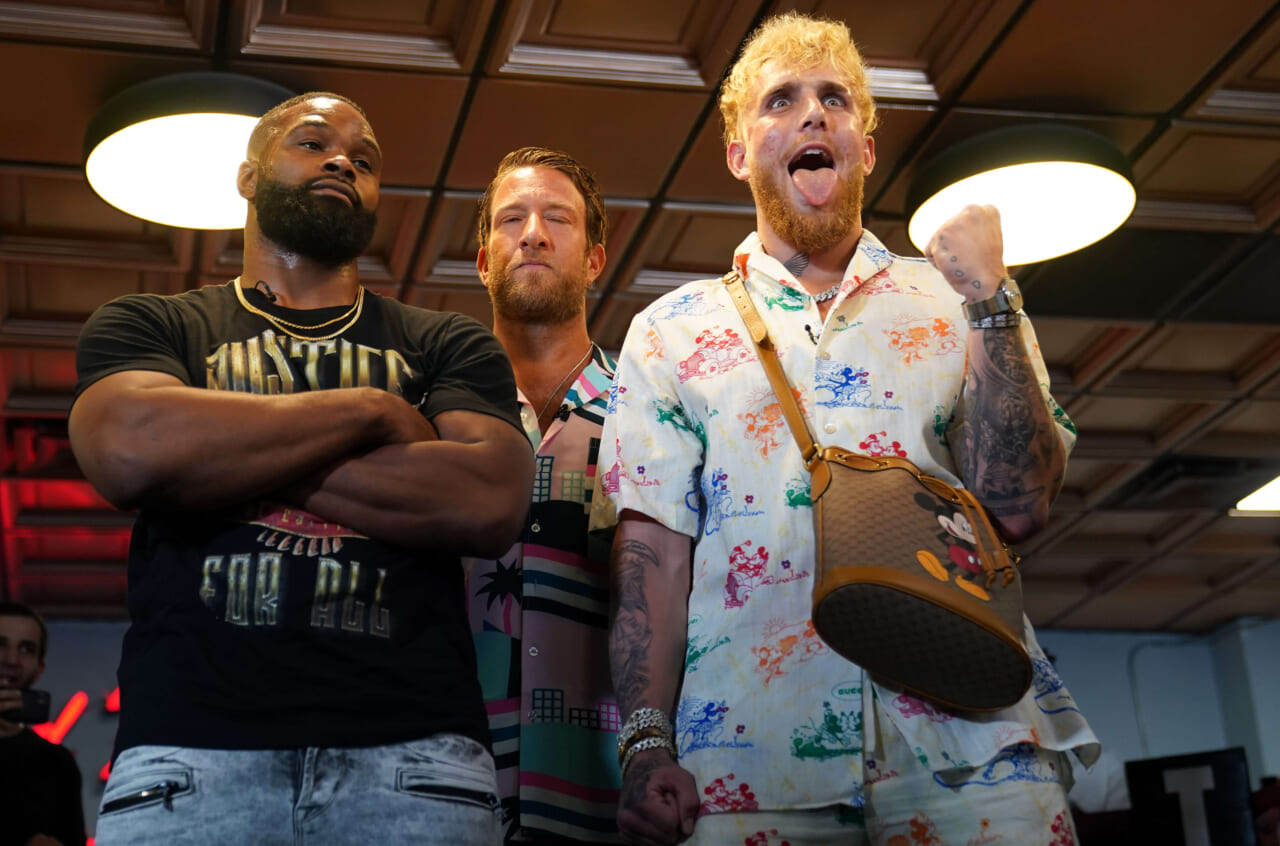 Over the weekend we saw a boxing match between Jake Paul (4-0) and former UFC welterweight champion Tyron Woodley (0-1). This was the first time that Paul was taking on someone who could actually hurt him in the ring.

Paul has completely changed his career and focused on boxing after building his brand on the internet. After he started out fighting non-fighters, in 2021, Paul has turned his attention to boxing mixed martial artists.

He started with Ben Askren earlier this year. Askren is a former world champion but was never known for his striking. In fact, he’s known for having some of the worst striking in all of MMA. Paul knocked him out in the first round.

Askren’s teammate, Tyron Woodley, was in his corner that night. Woodley and Paul started going back and forth. Woodley is someone who possesses knockout power and the striking speed to challenge Paul. To the surprise of many, a boxing match between the two was booked.

Woodley was the first person to really push Paul. You could tell throughout the boxing match on Saturday that Paul was more tentative. In the fourth round, the ropes saved Paul from getting dropped. However, Paul was effective in his boxing and ultimately secured a decision win.

What’s next for Jake Paul in boxing?

Tyron Woodley has come out after the boxing match and has been demanding an immediate rematch. Paul said that he would rematch Woodley if the former UFC champion got a tattoo saying, “I love Jake Paul.”

Woodley said he would, but I’m not sure either is happening. Paul sent out a cryptic tweet yesterday saying he was retired. I don’t believe that Jake Paul is retired from boxing and I do believe we are going to see him back in the ring.

That said, I don’t think it will be against Woodley and I think we will see a little break in between fights. Paul was rocked for the first time in his career and he looked to be having some conditioning issues in this last fight.

It was a learning experience for him and I think he will get better. Have to give Jake Paul credit and say what you want, but the kid knows enough about boxing to be effective. I’m not sure who’s next for him, but it’s not going to be a big step up in competition. Tommy Fury is still a name to watch out for.