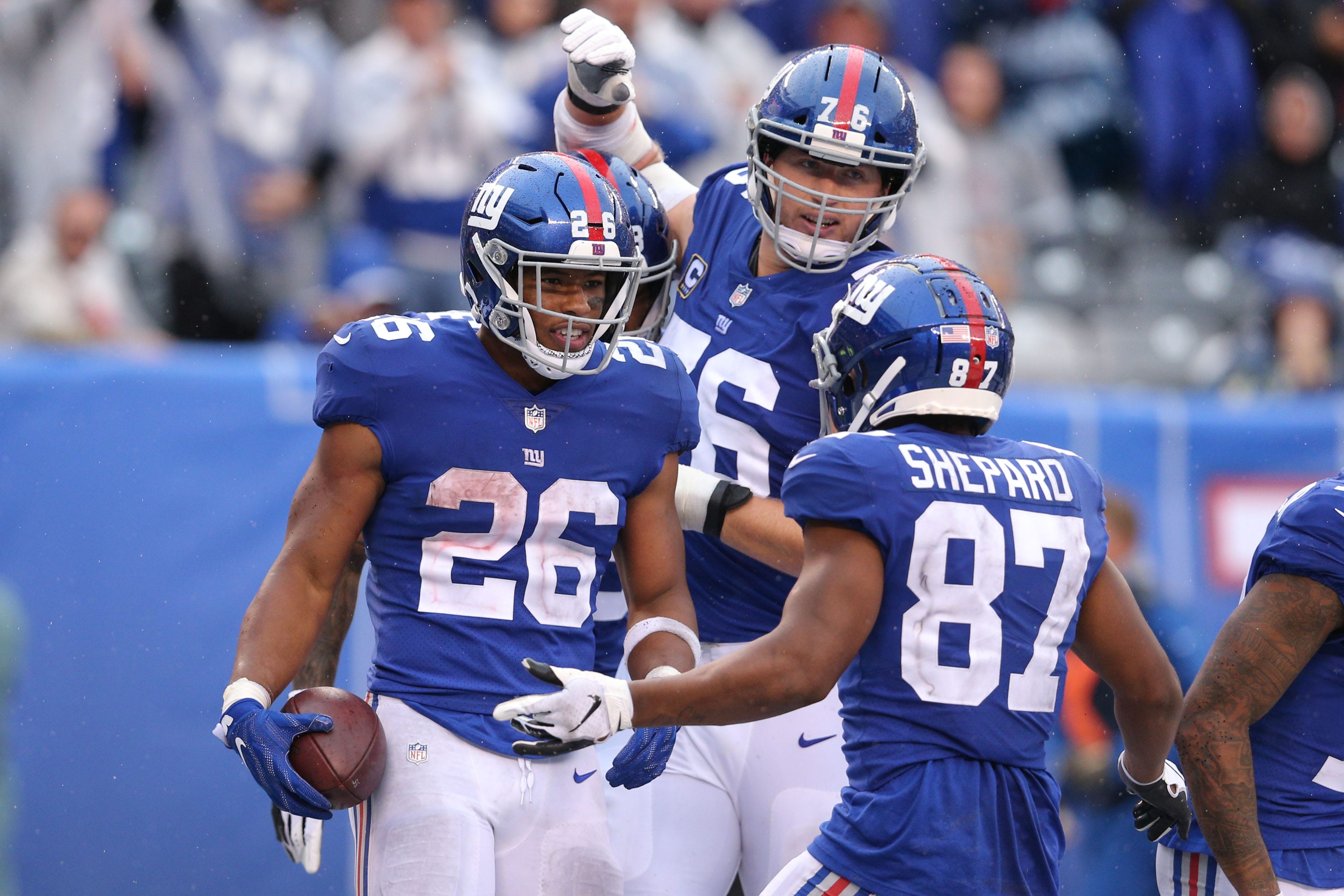 The New York Giants are in a delicate state right now, and the media has a ton of influence on the emotional balance of the team in the locker room. Letting the outside noise in is what helped cause a meltdown with former head coach Ben McAdoo leading the way in 2017.

Recently, reports have emergered detailing the frustration of various players, especially in regard to the play of Eli Manning and his ability to be successful in the NFL at this point in his career.

Well, maybe not in the locker room, but we have certainly heard it in the ESPN studios. Odell Beckham Jr.’s comments about Eli in his infamous interview with ESPN did not go unnoticed. He made it apparent that Manning isn’t going to be moving out of the pocket and that he hasn’t been getting the ball down field to the star receiver.

This could be taken several ways. Either, it’s Manning’s fault for not giving the offense a chance downfield, or it could land in the lap of HC Pat Shurmur and his play calling. No matter the blame, it’s still a negative shot at someone, and that’s unacceptable. Shepard said the right thing in defending his quarterback and ensuring that there’s no issue behind the scenes, but can we really believe him? A 1-5 start, a star’s wayward comments, and a clear lack of effort against the Eagles would indicate otherwise. 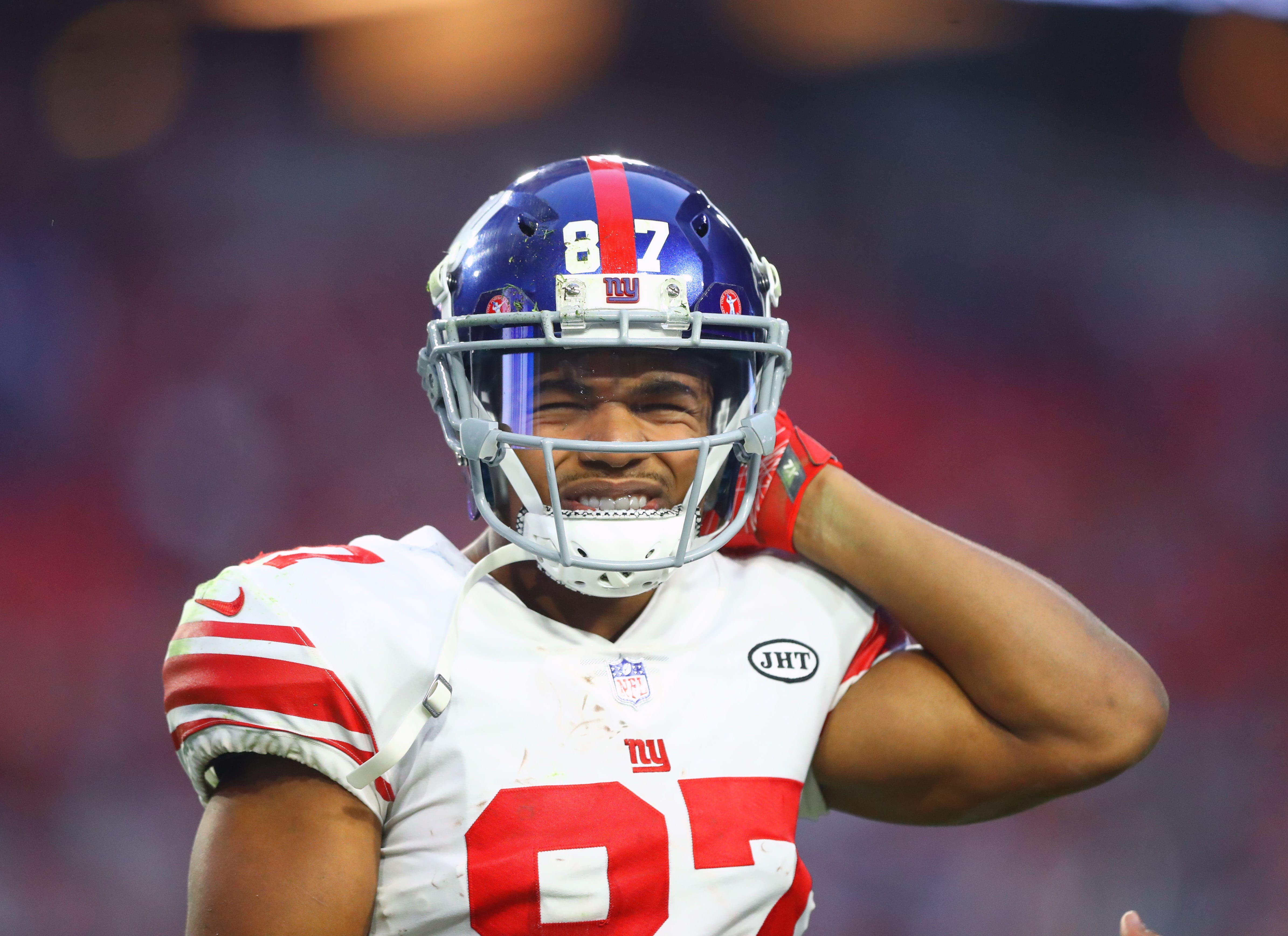 Now that we’re a little bit removed from the first New York Giants game of the season, it’s somewhat easier to look at it objectively and figure out what went right and what went terribly wrong in the loss. The negatives after the first game are easy to point out. Offensive line problems were likely the reason behind the loss, and much of the discussion following the game has centered around that.

But not everything went wrong. Both Eli Manning and Sterling Shepard pointed out different positives that could be found in the losing effort.

What did they have to say?

“We went against a good team, a good defense. We had some big plays, we had some opportunities. We got to hit a few more of them. We had a chance to win the game at the end, and we just didn’t quite make enough plays,” said Eli Manning. His point about the Jaguars having a good defense is accurate, and makes the point output a bit more tolerable.

The Giants had one of the worst offenses in the league last year, and the Jaguars were a top three defense.  The offensive production in this game represents an improvement from the offense that took to the field last year, especially after the injury to Odell Beckham Jr. early in the season. Additionally, the big plays that Manning mentioned were absent most of the time last year, and it never seemed like fans should expect them to happen.

Manning did say, however, that everyone knows they need to improve. “I thought, obviously, guys were disappointed. I think everybody knows that each one of us individually has to play a little bit better… You’re going to follow the direction of the head coach. I think he expressed it’s not good enough, but I’m proud of the way you guys fought, competed, and hung in there until the very end, and found a way to kind of stay in the game.”

Sterling Shepard had similar comments. “If you look at the game, we were a few plays away from coming out with a different outcome. But guys do a good job around here just bouncing back and kind of brushing it off, and fixing the things we need to fix and I feel like that’s what we’ll do this week. Be ready for Dallas,” the receiver stated. Shepard was targeted seven times in week one, coming away with five receptions and 48 yards.

The Giants take on the Cowboys in the second game of the season, and it will be a game surrounded by huge pressure. Not only is it a major rivalry game, but it will be broadcast nationwide on Sunday Night Football. After a disappointing result in week one, Giants fans can only hope that the team bounces back on this major stage to pull off a 1-1 start to the season.

As the New York Giants move forward through the offseason after finishing mini-camp, some players expect to see an increased role in the months ahead. Primary slot receiver Sterling Shepard is one of those players.

Shepard is the Giants’ go-to pass-catcher in the slot, providing a dearth of talent for Eli Manning to revert back to in the interior. Slot receivers usually expose shallow routes toward the middle of the field or the boundaries. That has been his calling calling card since his inception in the NFL in 2016.

Interestingly enough, Shepard has enjoyed a lot of work as a wide-out for the Giants this offseason. His role on the team is changing, and after the departure of Brandon Marshall, he might be expected to make a big jump in 2018. It’s also possible Cody Lattimer plays the exterior role as Shepard remains inside, but I wouldn’t be surprised to see him begin to take on some of the league’s more experienced cornerbacks.

“I’ve been doing a lot on the outside,” Shepard said during OTAs when he was lined up alongside Hunter Sharp and/or Cody Latimer most of the afternoon with the first-team offense, according to ESPN.

Shepard has enjoyed 330 snaps as an outside receiver – a bunch of them during the 2017 season where Odell Beckham Jr. and Marshall went down with injuries.

All 10 of the young receivers touchdowns have come from the slot, attesting to the narrative that coins him as a short yardage, crossing pass-catcher. Shepard believes he’s worth more and is out to prove his expanded value this season.

Sterling has already racked up 1,141 yards on 124 receptions with 10 touchdowns in his two year career. With running support and a developing Evan Engram taking on a big role, he will get the opportunity to show his worth in more than just the slot.

Rookie running back for the New York Giants, Saquon Barkley, is already taking on a leadership role for his new team… Despite the fact that he hasn’t even taken a meaningful snap at the professional level yet.

Wide receiver Sterling Shepard raved about his new teammate after OTAs this week, going as far as to say (in regard to his actions on the field), “That’s not really what you see from a rookie.”

“The way that he handles himself, he comes into every huddle dapping everybody up and just trying to get us going. That’s not really what you see from a rookie, but he’s been doing a great job out here learning the schemes and bringing energy.”

The change in energy is exactly what you want from your first-round player, especially for a team that was plagued by negativity in the season prior. The Giants have enjoyed four full-team practices, and Barkley stuck beside Eli Manning for a majority of them – learning as much as humanly possible about the new offensive schemes and placements.

Expectation are high for the young running back – amongst the fan-base, media, and coaches. Barkley’s influence on the team has been nothing but beneficial, and his attitude towards success has revitalized the fan-base.

Where has Barkley lined up?

Barkley has played as a tradition running back in the “I” formation, as well as from the shotgun, which he frequently experienced in Penn States’ offense. During OTA’s, Barkley also split out as a wide receiver, playing a dynamic role that put the defense on their heels. According to the rookie, he had worked on developing his route running and pass catching abilities with Odell Beckham Jr.

“The thing that makes him different is he has the feet and speed of a little guy, with the power and strength of a big guy. That’s what makes him so darn unique. He’s different. It’s like he was touched by the hand of God, frankly.”

Trying to take down a 230-pound running back with 4.3 speed is nearly impossible. Barkley had some of the most impressive measurables dating back to the beginning of the NFL Combine, making him a near sure-fire generational talent. If he can reach his potential at the professional level, we might be seeing one of the best running back and wide receiver duos in the history of the game. 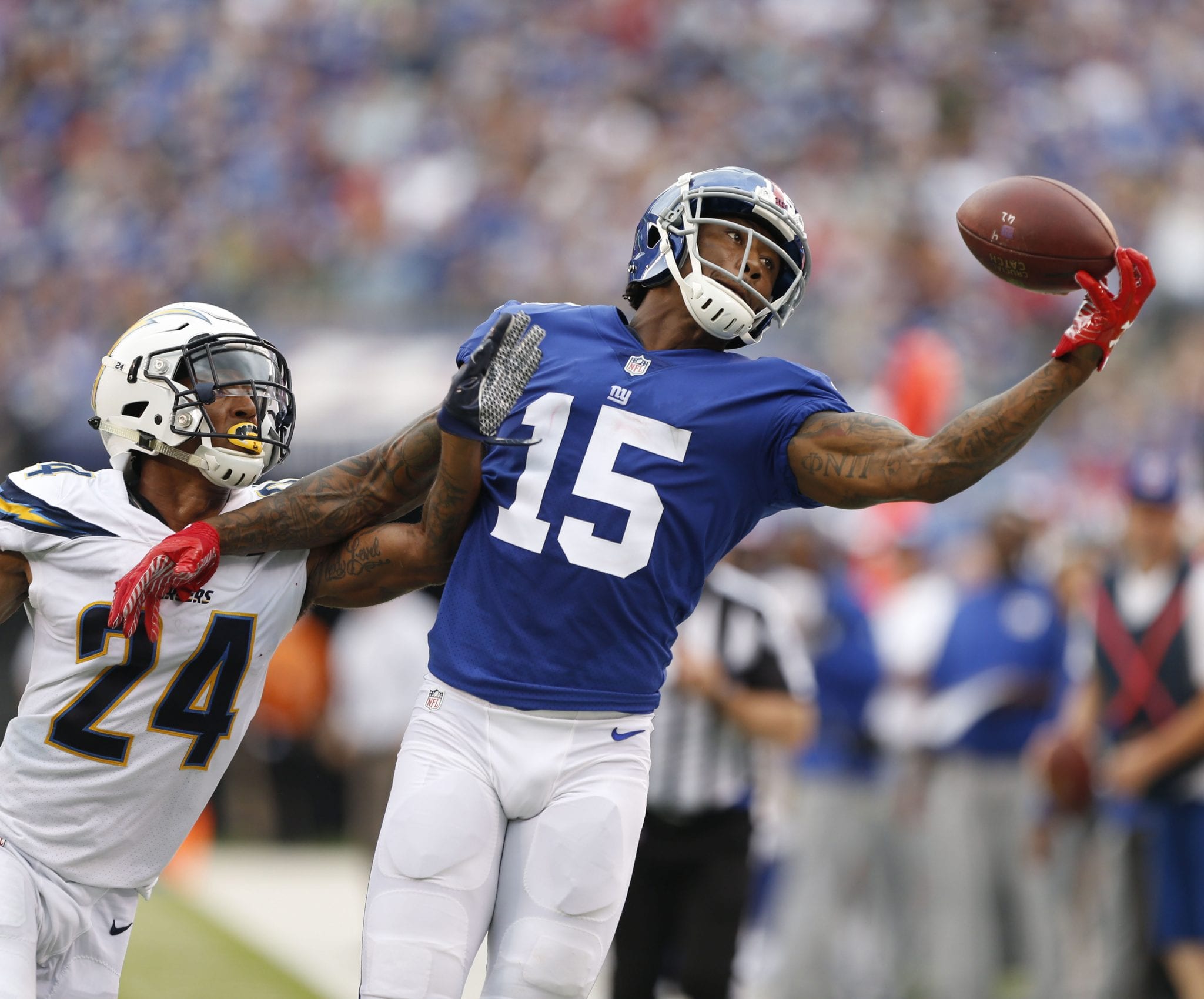 The New York Giants still need to clear up a bit of cap-room and one way of doing that is releasing veteran wide receiver Brandon Marshall.

Marshall struggled in 2017, failing to gain traction with Eli Manning which led to two dropped passes in key moments; two games the Giants should have won. Marshall has spent a majority of the offseason recovering from a season ending ankle injury; even spending some time with quarterback Davis Webb.

What are the benefits of cutting Marshall?

If the Giants decide to cut the veteran receiver, they will be down one big-bodied target. But, they will also be retaining $5 million in cap-space that would allow them to address the secondary or sign a cheaper alternative.

New head coach Pat Shurmur was vague on the potential retention of Marshall, who is looking for a bounce-back year in Blue.

Giants’ WR Brandon Marshall has been working at the team facility, “trying to get healthy,” Pat Shurmur said. He hasn’t passed a physical yet. As for his place on the team, Shurmur stated, “We’ll have to see.”

Not very convincing from the Giants’ head coach, but again, they would have to find a replacement if they decide to let him walk.

Marshall signed a two-year, $12 million deal in 2016, making him the complement to Odell Beckham Jr. while Sterling Shepard worked primarily out of the slot. When both Marshall and Beckham Jr. went down with ankle injuries, Shepard took over the starting role on the outside, showing improvement and ability to handle a decent size workload.

Shepard finished the year with 59 reception for 731 yards and two touchdowns, all in 11 games. He was Manning’s primary target for a majority of the season and will likely be looking to make a jump into a significant role in 2018.