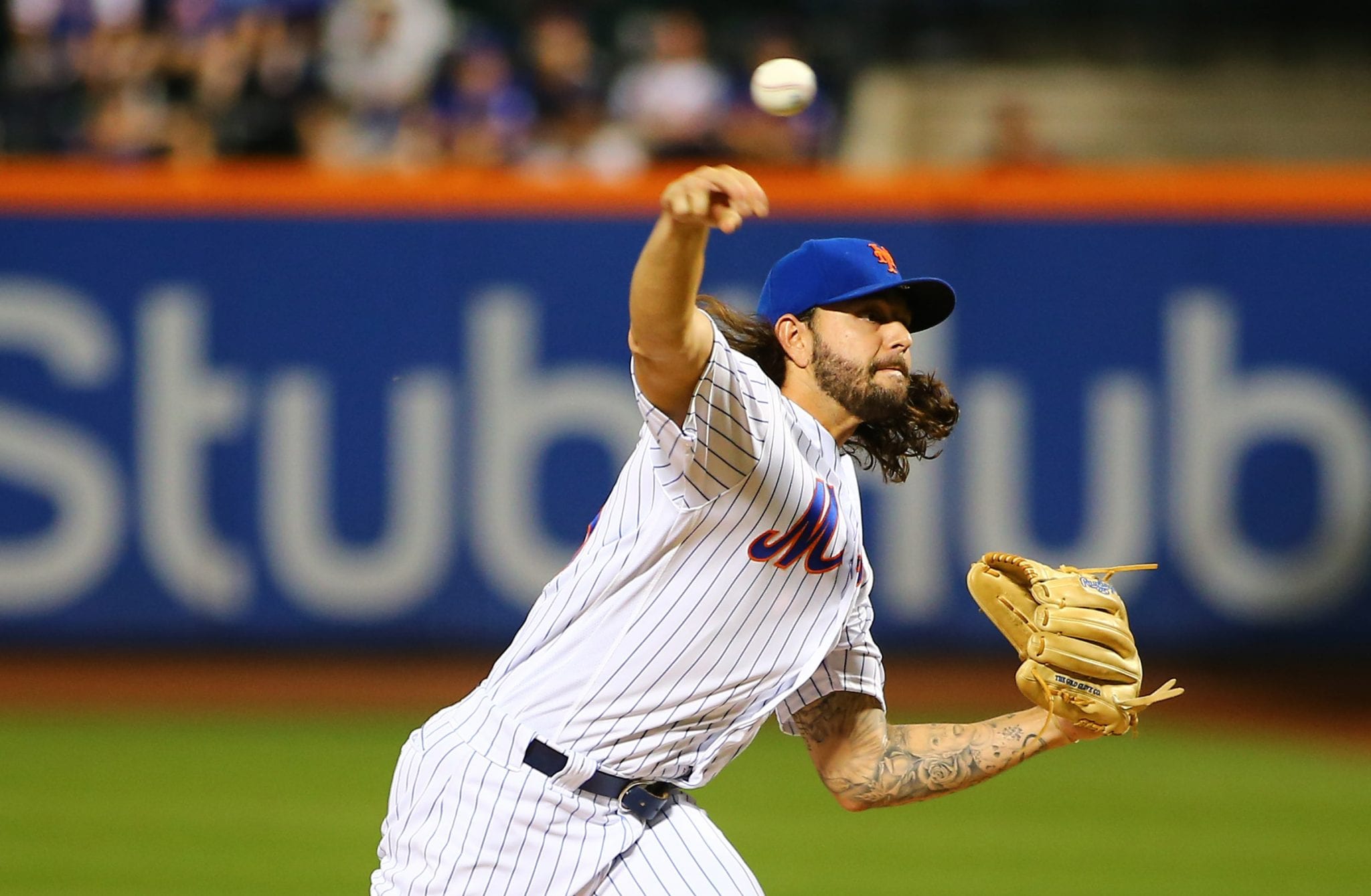 The New York Mets play a game of craps whenever their fifth spot in the rotation comes around, and Joey Lucchesi has crapped out for them every time. It was clear from the outset that Lucchesi had nothing, and manager Luis Rojas relied on him too long in the 6-5 loss to the St. Louis Cardinals. Despite the loss, another story became the topic of discussion from the loss.

In a surprising move after the offense started to wake up, hitting coaches Chili Davis and Tom Slater were fired. Hugh Quattlebaum and Kevin Howard will replace them on the coaching staff. The move tells us two things: Steve Cohen is not messing around, and this is a warning shot to Rojas.

NOLAN. That is all. pic.twitter.com/OSDLXYMMkL

Lucchesi allowed a well-struck leadoff triple in the bottom of the first, and hard contact riddled his start. He allowed a run in each of the first two innings, including a home run to the light hitting Harrison Bader. In the third inning, Lucchesi retired the first two in order and looked like he would settle in.

The Cardinals did not go down easy as back-to-back singles set the table for Nolan Arenado. A questionable foul tip call prevented Lucchesi from recording a strikeout, and it gave Arenado all the life he needed to execute. Arenado burned the Mets and launched a mammoth three-run homer to knot the game at five. The Cards were not done as two consecutive doubles put them in the lead 6-5. It knocked Lucchesi out of the game with an ugly six earned runs in just 2.1 innings pitched.

When the fifth spot in the rotation comes up over the weekend, they may need to look elsewhere. Robert Gsellman and Sean Reid-Foley saved the Mets bullpen by combining for 4.1 shutout innings and allowing only two hits. They are not stretched out to start, but their 2-3 innings would be better than what Lucchesi could provide.

Carlos Carrasco is expected to return next week, but the Mets could also push up his return date. Instead of throwing another simulated game, the team could be better off with 4-5 innings from Carrasco. It will be a perfect tune-up before he pitches full outings.

It has been a rare occurrence for the Mets offense to have nothing to do with why they lost. Pete Alonso led the way with three hits, including two doubles and a walk. Kevin Pillar also homered in his second straight game, replacing an injured Brandon Nimmo. They hit better with runners in scoring position by going 2-for-8 but left nine on base. Francisco Lindor continued his cold streak and has not recorded a hit in 21 consecutive at-bats.

The Mets attempted a rally against Cardinals closer Alex Reyes, who was a perfect 7-for-7 in save opportunities. As usual, Reyes lacked control by allowing two walks, giving Dominic Smith a chance to tie or give the Mets a lead. During Alonso’s at-bat, the stadium lights magically went out for about 30 seconds which foreshadowed Mets’ fate. Smith worked a full count but just missed a hanging curveball, flying out and allowing the Cardinals to take game one of the series.

A good manager puts players in the best position to succeed for a better chance at positive results. For the second consecutive night, Rojas failed to do that. On Sunday, it was using Edwin Diaz when he did not need to and leaving him in the game when he clearly did not have his best stuff.

Tonight it was leaving Lucchesi to pitch in a matchup he had no chance of winning against Arenado. He was hitting .333 against lefties this season and .320 over his career against southpaws, with elite power. Lucchesi had his back on the ropes, and Gsellman was a right-handed option in the bullpen. If Rojas does not adjust soon, he will pack his bags along with Davis and Slater.

The Mets look to bounce back for another 7:45 start from Busch Stadium as Jacob deGrom faces Johan Oviedo. 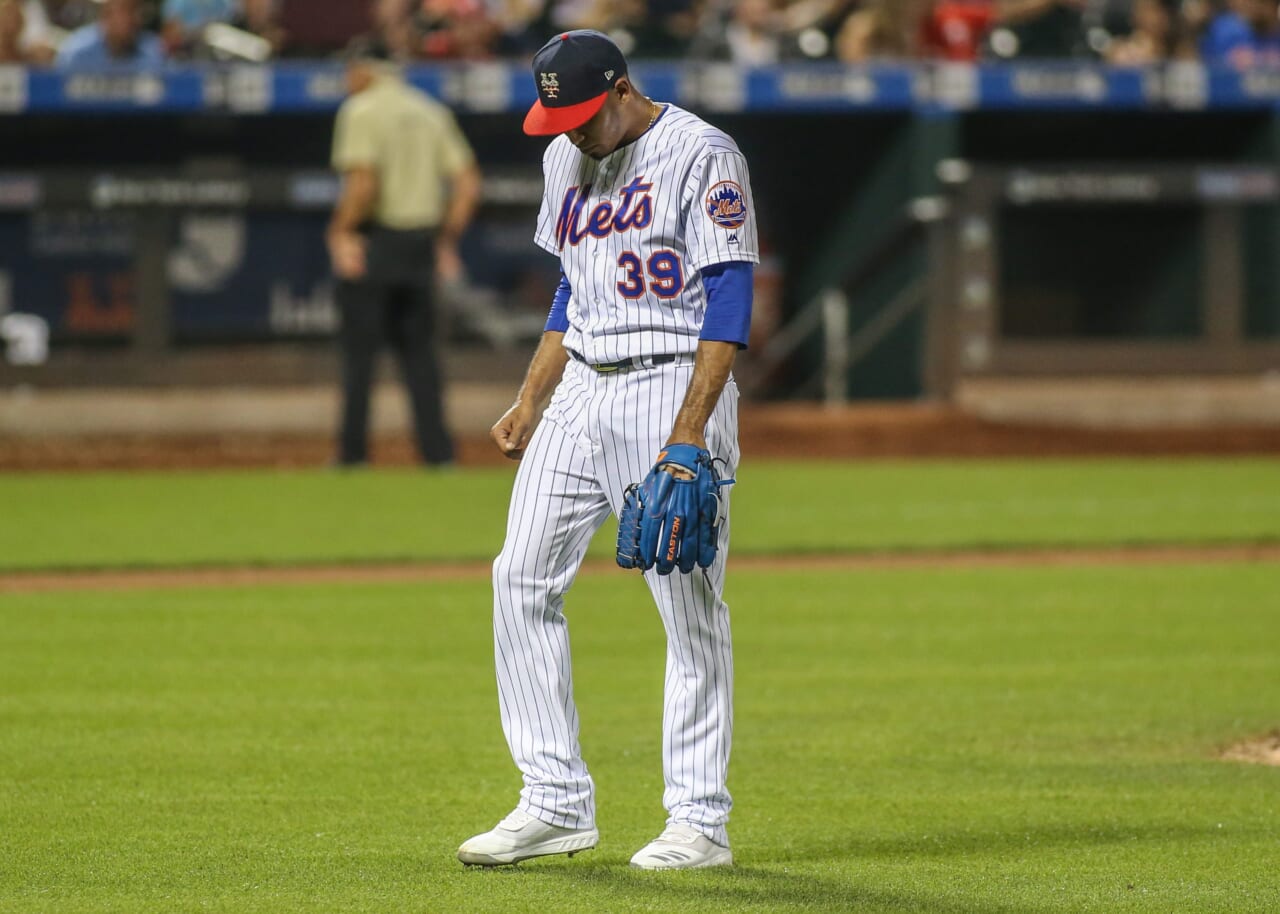 The “Friendly Confines” of Wrigley Field were quite the opposite for the New York Mets as they dropped all three games to the Chicago Cubs. Unlike their 16-4 loss the previous night, the Mets a great chance to win this game. They had a runner on third with no outs and bases loaded with one out in the 10th but failed to take the lead. In the bottom half, the Cubs took advantage of their based loaded opportunity to win 4-3 and complete the sweep.

JASON HEYWARD WITH THE WALK-OFF! CUBS SWEEP THE METS! ðŸ”¥ðŸ¤ŸðŸ»

Jason Heyward played the hero with an RBI single, which showed the Mets how simple it is to drive in a run with the bases loaded. When the Mets had an opportunity to take the lead, Jeff McNeil struck out, and Dominic Smith grounded into a double play to foil any opportunity to win the game. The Mets went just 1-for-7 w/RISP, left eight runners on base, and are hitting .190 w/RISP.

Joey Lucchesi struggled again as he lasted just three innings and allowed the same amount of runs. Sean Reid-Foley was stellar in his Mets debut by throwing three perfect innings with four strikeouts. Reid-Foley set the tone for a Mets bullpen that was terrific all night. Trevor May followed with a scoreless seventh, then Aaron Loup and Miguel Castro combined to work around a leadoff triple in the eighth. Edwin Diaz sent the game to extra innings but allowed the bases-loaded single to take the loss.

Get The Offense Going

If you search synonyms for the word “bad,” you will find many words to describe the Mets offense. Pete Alonso did homer for the second straight game, but he was the only somewhat hot hitter in the lineup. J.D. Davis tied the game in the seventh with a pinch double after getting a night off from playing the field. Davis is 8-for-18 to begin the season and should return to the lineup on Friday because they desperately need his bat despite his struggling defense.

Despite the sweep and falling back to .500, the Mets are still tied for first place. While there is never a guarantee to win with Jacob deGrom on the mound, they will have the opportunity to take advantage of his greatness when he starts on Friday. Erick Fedde pitches for the Washington Nationals, who make their first trip to Citi Field for the 7:10 p.m. start. 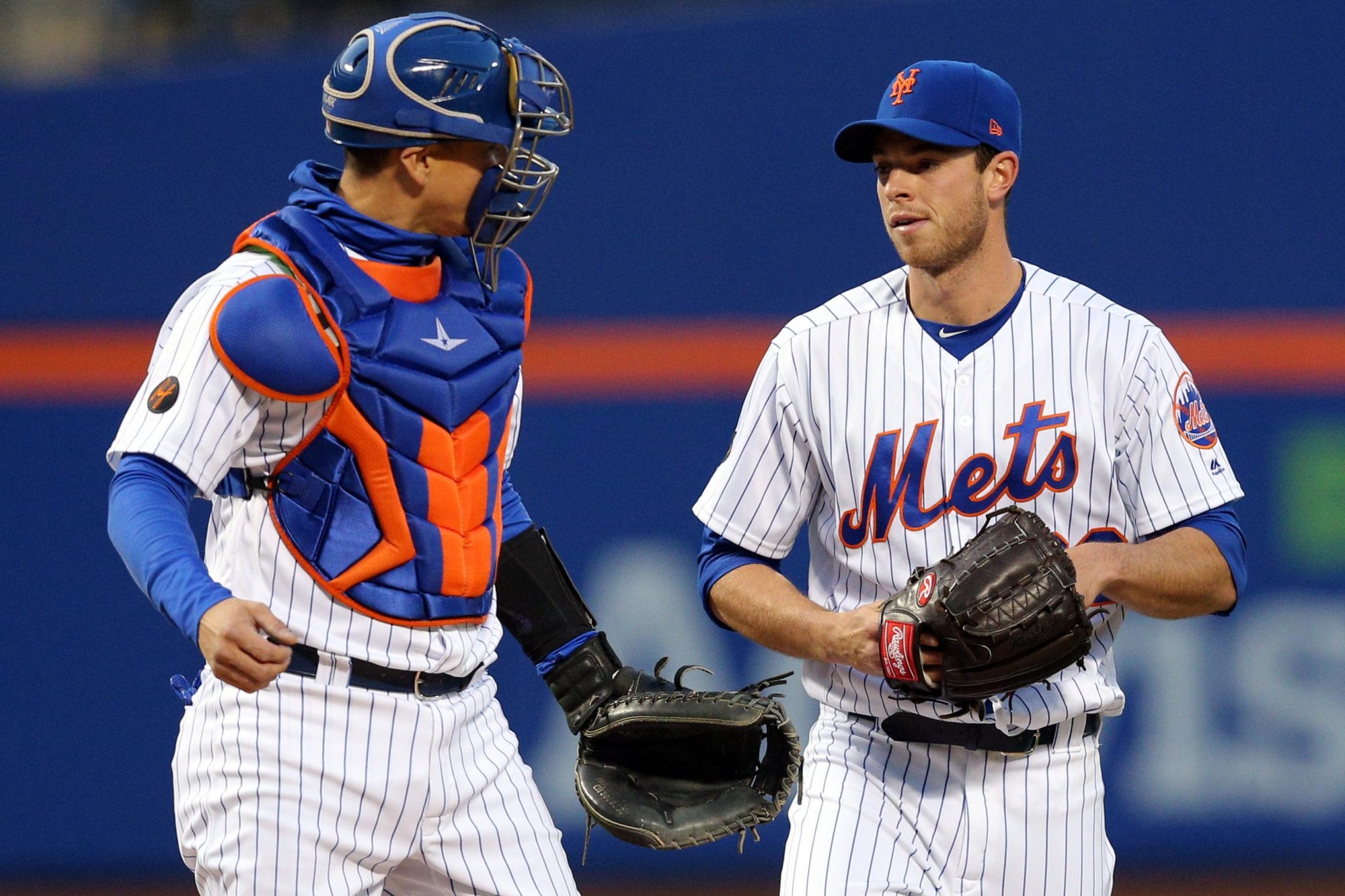 The New York Mets have finally parted ways with Steven Matz as he heads to the Toronto Blue Jays after six roller-coaster seasons with the franchise. Zack Scott’s first trade as general manager resulted in the Mets getting Sean Reid-Foley, #26 prospect Yennsy Diaz, and #27 prospect Josh Winckowski in return. Could Matz’s trade signal a potential Trevor Bauer signing is imminent?

Over his Mets career, Matz pitched in 112 games (107 starts) with a 4.35 ERA. Matz never lived up to the top prospect status he garnered in the minor leagues. Home runs became Matz’s Achilles heel and it resulted in 1.7 per nine innings and a 4.83 ERA in his last four seasons.

Matz had one final chance to right his Mets career in 2020 as the second starter behind Jacob deGrom. After his first start of the season, he struggled mightily and finished with a 9.68 ERA. By the end of the season, Matz became a mop-up reliever and the odd-man out of the rotation this offseason.

Matz’s departure was only a matter of time after Carlos Carrasco and Joey Lucchesi were acquired. Missing out on D.J. LeMahieu, George Springer and Brad Hand made signing Bauer a realistic option. Including Aaron Loup’s deal, the Mets are $36 million under the luxury tax with Matz off the books.

Silence is the new Mets offseason motto but this makes Bauer’s signing imminent. If Bauer signed prior to the trade, Matz would waste a 40-man roster spot. With Matz out of the picture, Lucchesi would move into his role once Bauer signs.

Who Are The Prospects?

Reid-Foley has the most major league experience out of the trio. He threw 71.2 innings over parts of the last three seasons with a 4.40 ERA. Reid-Foley debuted as a starting pitcher but moved to the bullpen in 2020. He will likely remain in that role in the majors while starting games in Triple-A.

Diaz only faced seven batters in his 2019 debut and walked four of them. It was his lone appearance above Double-A where he had a 3.74 ERA before his promotion. Diaz is only 24-years old but throws in the mid-90s with good movement on his fastball. Winckowski is a 15th round pick and the youngest (22) out of the group. In 2019, he had a 2.69 ERA in 127.1 innings between Single-A and High-A.

None of the pitchers are groundbreaking moves but getting two top-30 prospects is a good exchange. Matz is damaged goods and during his peak, was nothing more than a mid-rotation starter. Let us not forget that the Mets have some good history with Blue Jays prospects while Sandy Alderson is in the organization.