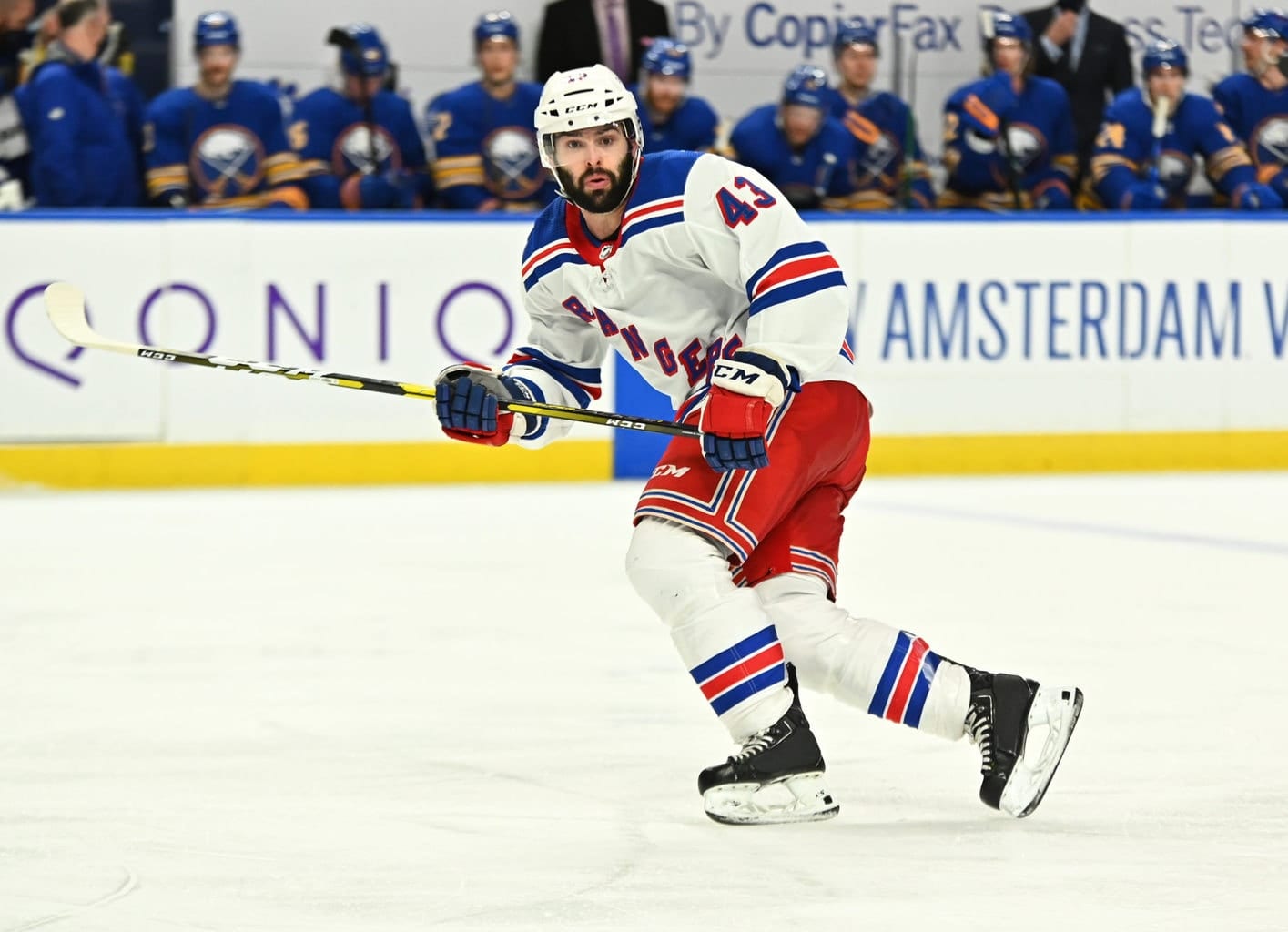 The New York Rangers will be well represented in Team USA’s lineup when they play their Quarterfinals game of the World Championships against Slovakia on Thursday morning.

New York Rangers Colin Blackwell, Kevin Rooney, and Zac Jones are in the projected lineup for Team USA’s game against Slovakia taking place at 9:15 A.M. Thursday morning.  The contest can be seen on the NHL Network.

The U.S., winners of Group B, meets Slovakia, fourth-place in Group A, here today in the quarterfinals. Team USA will be the home team and will wear its blue jerseys for the third time. Thursday’s game marks just the second-ever quarterfinal meeting between the U.S. and Slovakia. On May 11, 2000, Slovakia defeated the U.S. by a 4-1 and went on to reach the gold-medal game where they fell to the Czech Republic, 5-3.

Team USA is captained by former New York Ranger Brian Boyle. He was named captain following the announcement that Justin Abdelkader would miss the remainder of the tournament due to a lower-body injury. 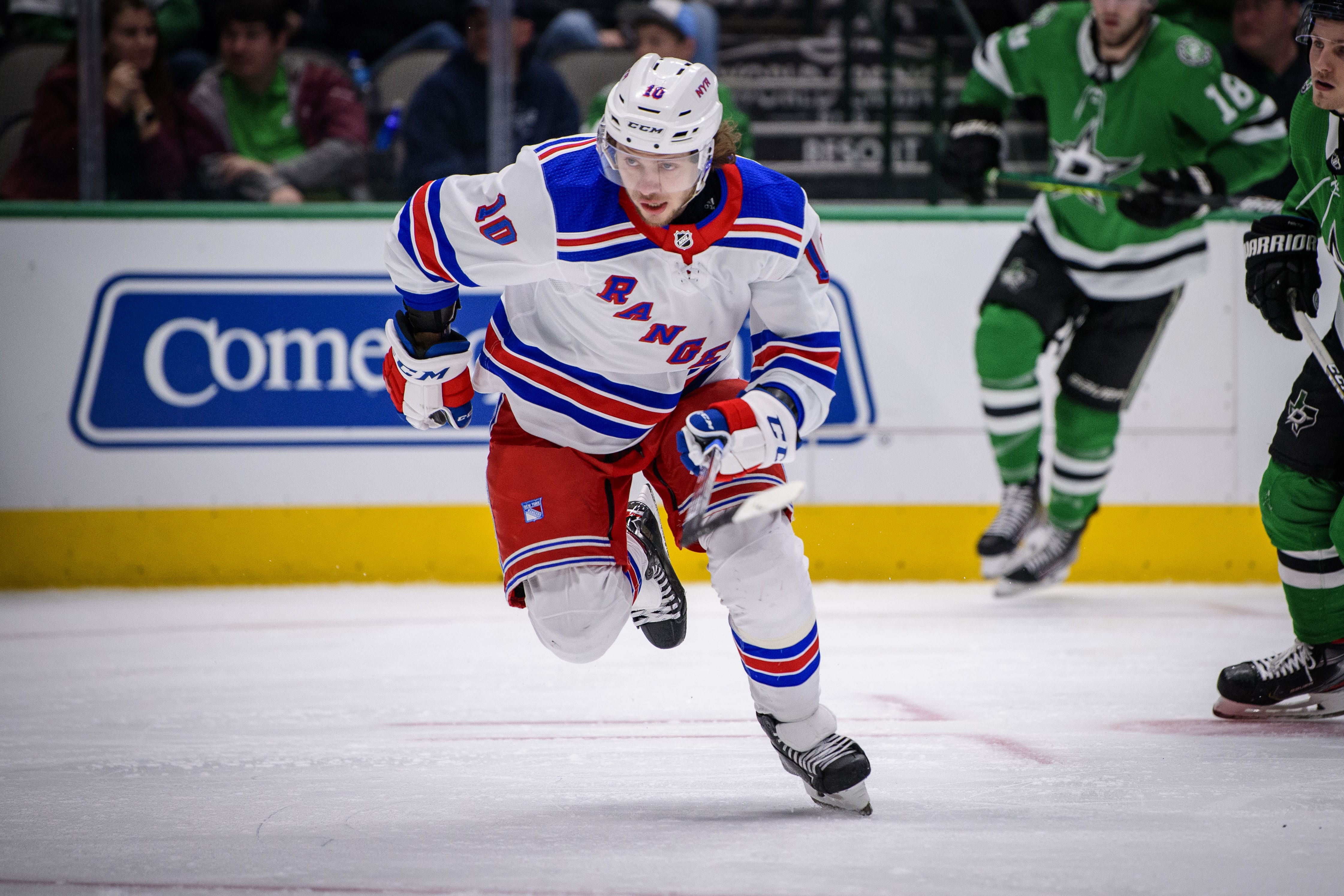 When the New York Rangers team hit the ice for practice on Monday morning, Artemi Panarin was missing from the group.

It appears the team’s leading scorer in goals and points will miss his second consecutive game with a lower-body injury on Tuesday night when the Blueshirts host the New Jersey Devils.

The Rangers official Twitter account put a video out that had Panarin skating by himself on the ice at their training facility.  Unfortunately, that was as close as the Breadman would get to skating with his teammates on Monday.

Rangers beat writer Vince Z. Mecogliano announced the lines at practice that did not include the Breadman.

Practice lines are the same from Saturday:

The practice lines were the same that the teams used in Saturday’s practice.

Ryan Lindgren and K’Andre Miller were both back at practice after missing Saturday’s which was announced as maintenance days.

More on Panarin, with DQ basically saying they're expecting him to be out for tomorrow's game unless something drastic changes tomorrow.

As for Miller, it's an upper-body injury. #NYR

Following practice, Mecogliano Tweeted that head coach David Quinn said the team is expecting Panarin to miss the game on Tuesday night and added defenseman K’Andre Miller has an upper-body injury and could miss tomorrow’s game as well. They will have more on that tomorrow before the game.

Igor Shestrkin will be in goal. 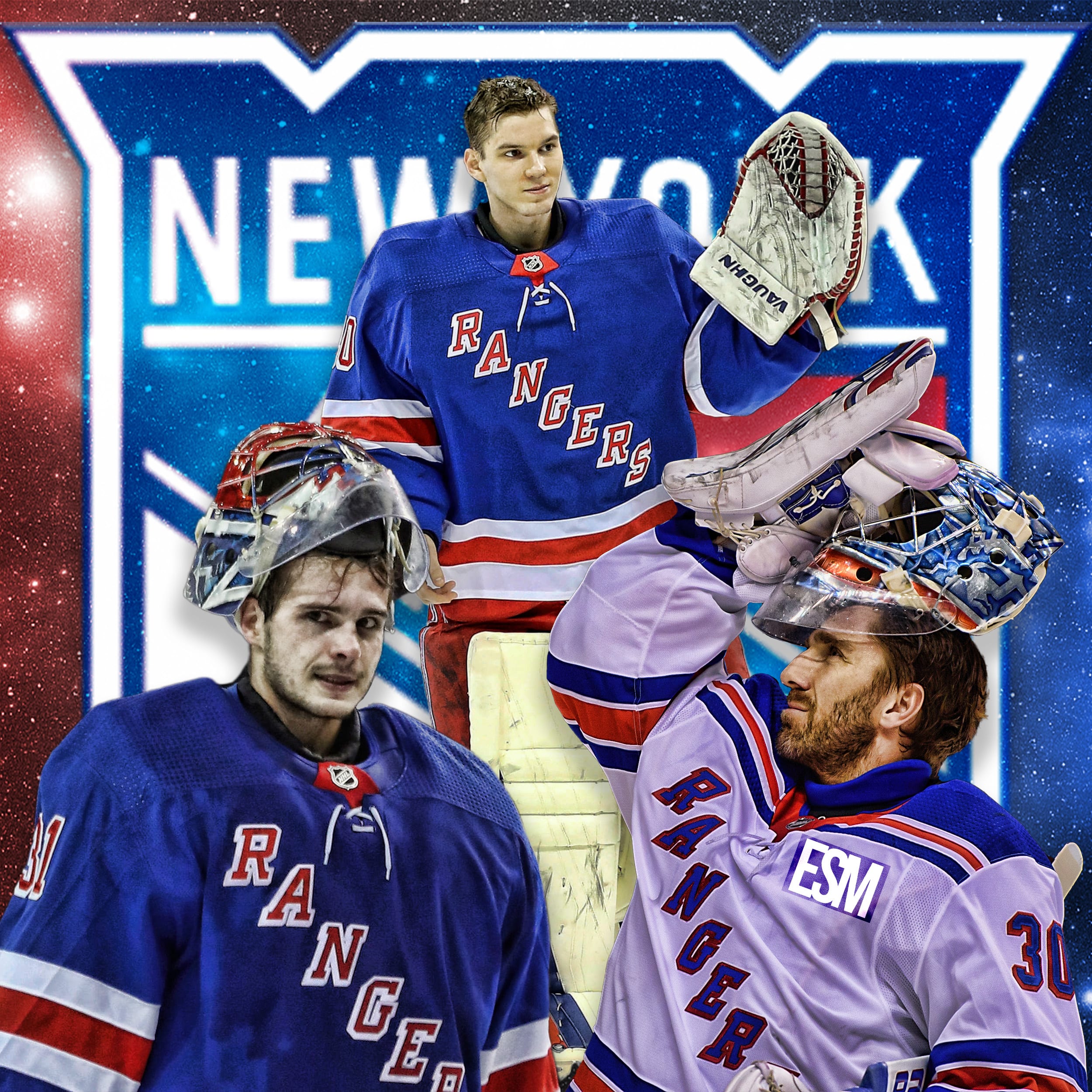 At the beginning of the summer camp, New York Rangers head coach David Quinn said that all three goaltenders would be evaluated as to who would start when the Blueshirts take on the Carolina Hurricanes when play resumes on Aug 1. After about a week into camp, it appears that one of the goaltenders has separated himself from the pack.

Shesterkin is the likely starting goalie for the New York Rangers

Recently, reports out of camp indicate that Igor Shesterkin will likely be the number one goalie when the season resumes.

The other piece of good news is that it is not like the other two goalies, Henrik Lundqvist and Alexandar Georgiev, lost the job.

Lundqvist played an entire scrimmage Sunday, winning 5-3 against a team that used Shesterkin and Georgiev, as all three have been solid since the Rangers resumed practices.

"The bottom line is, I’m so happy to be back." – Igor Shesterkin pic.twitter.com/bbH9wPlRuh

It is more than likely a case where Shesterkin has picked up where he left off when the season was paused, with himself as the number one goalie, Lundqvist as the backup, and Georgiev the odd man out.

However, nothing has been set in stone yet. Quinn has indicated that he will use Monday’s off-day to re-assess the situation. “I’ve liked what I’ve seen from all of them at some point in time. It’s a battle,” Quinn said. “I think we’re going to probably have a conversation here. After a week now that we’ve [been] practicing, I think it’s a good time to kind of reassess where we’re at and take it from there.”

During his interview, Shesterkin had nothing but praise for the other two goalies competing for the job. Obviously, watching Henrik, you see the work ethic,” Shesterkin said. “It’s an unbelievable crazy work ethic, and I tried to reach that level of watching him and [Georgiev], who also has an unbelievable work ethic every day. I’m learning things every day, I’m looking at details, but I’m not going to tell you what I learned.”

Shesterkin is fully healthy and has been working out with a trainer while he and his wife were staying in Florida during the quarantine period. The Shesterkin’s had a very good reason why they did not return home to Russian during the pause. We remained in the U.S.,” Shesterkin said. “We had problems with registering our dog for the flight (to Russia). We didn’t want to check the dog into the luggage compartment so we had to stick around and ended up spending that time in Miami and we were very happy that we made that decision.”

This also allowed Shesterkin some time to skate with other NHL players, including Alex Ovechkin, something that Shesterkin said was “a very positive, great experience.”

The only remaining roadblock to having Shesterkin start in the net is that Lundqvist has a solid track record against the Hurricanes, posting stats of 24-4-0, 1.73, .947 during a stretch in which the Rangers have won 31 of 37 meetings. This is in addition to his 128 career playoff games, compared to zero by the other two goalies.

Even if Shesterkin wins the job, he may be on a short leash.

Regardless, if Shesterkin is named the starter, will benefit him and the Rangers for years to come by gaining this first bit of playoff experience.