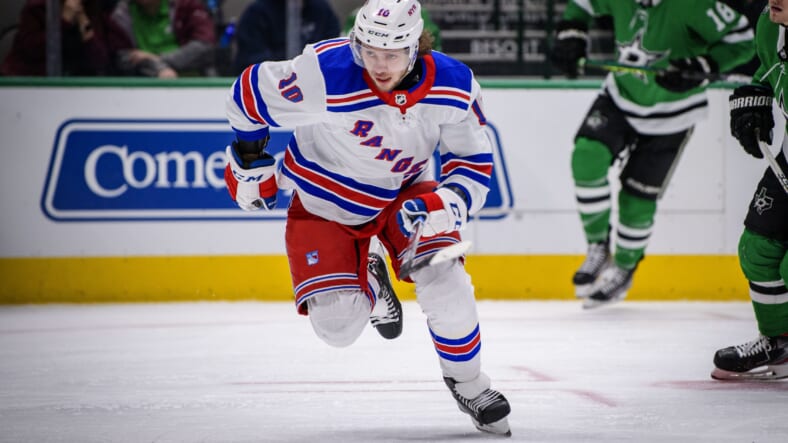 When the New York Rangers team hit the ice for practice on Monday morning, Artemi Panarin was missing from the group.

It appears the team’s leading scorer in goals and points will miss his second consecutive game with a lower-body injury on Tuesday night when the Blueshirts host the New Jersey Devils.

The Rangers official Twitter account put a video out that had Panarin skating by himself on the ice at their training facility. Â Unfortunately, that was as close as the Breadman would get to skating with his teammates on Monday.

Rangers beat writer Vince Z. Mecogliano announced the lines at practice that did not include the Breadman.

Practice lines are the same from Saturday:

The practice lines were the same that the teams used in Saturday’s practice.

Ryan Lindgren and K’Andre Miller were both back at practice after missing Saturday’s which was announced as maintenance days.

More on Panarin, with DQ basically saying they're expecting him to be out for tomorrow's game unless something drastic changes tomorrow.

As for Miller, it's an upper-body injury. #NYR

Following practice, Mecogliano Tweeted that head coach David Quinn said the team is expecting Panarin to miss the game on Tuesday night and added defenseman K’Andre Miller has an upper-body injury and could miss tomorrow’s game as well. They will have more on that tomorrow before the game.

Igor Shestrkin will be in goal.