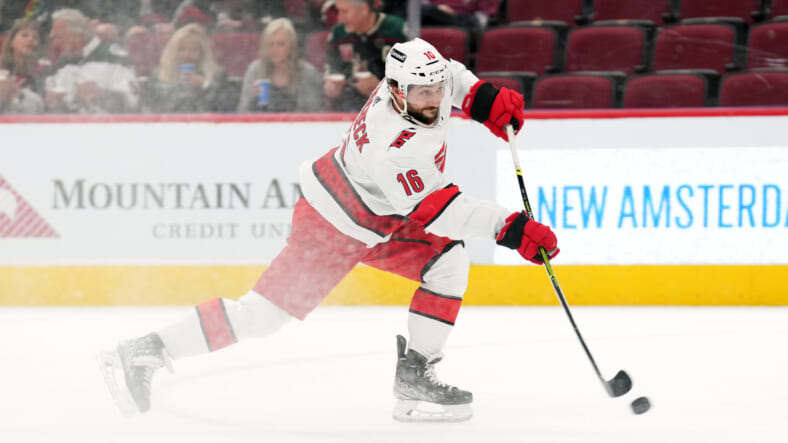 Trocheck would most likely center Artemi Panarinn and Kappo Kakko leaving Filip Chytil as the third line center to begin next season.

Trocheck has played in 555 games over his nine-year career playing with the Florida Panthers and the Hurricanes. In that time, he has recorded 150 goals with 378 points.

His signing all but ends any chance of the club re-signing Ryan Strome, who decided to test out free agency on Wednesday. The team still is looking for a backup goalie to Igor Shestrekin.

Kevin Rooney is headed to the Calgary Flames with a new contract, and Andre Copp signed a five-year, $5.625 million contract to play with Detroit Red Wings.