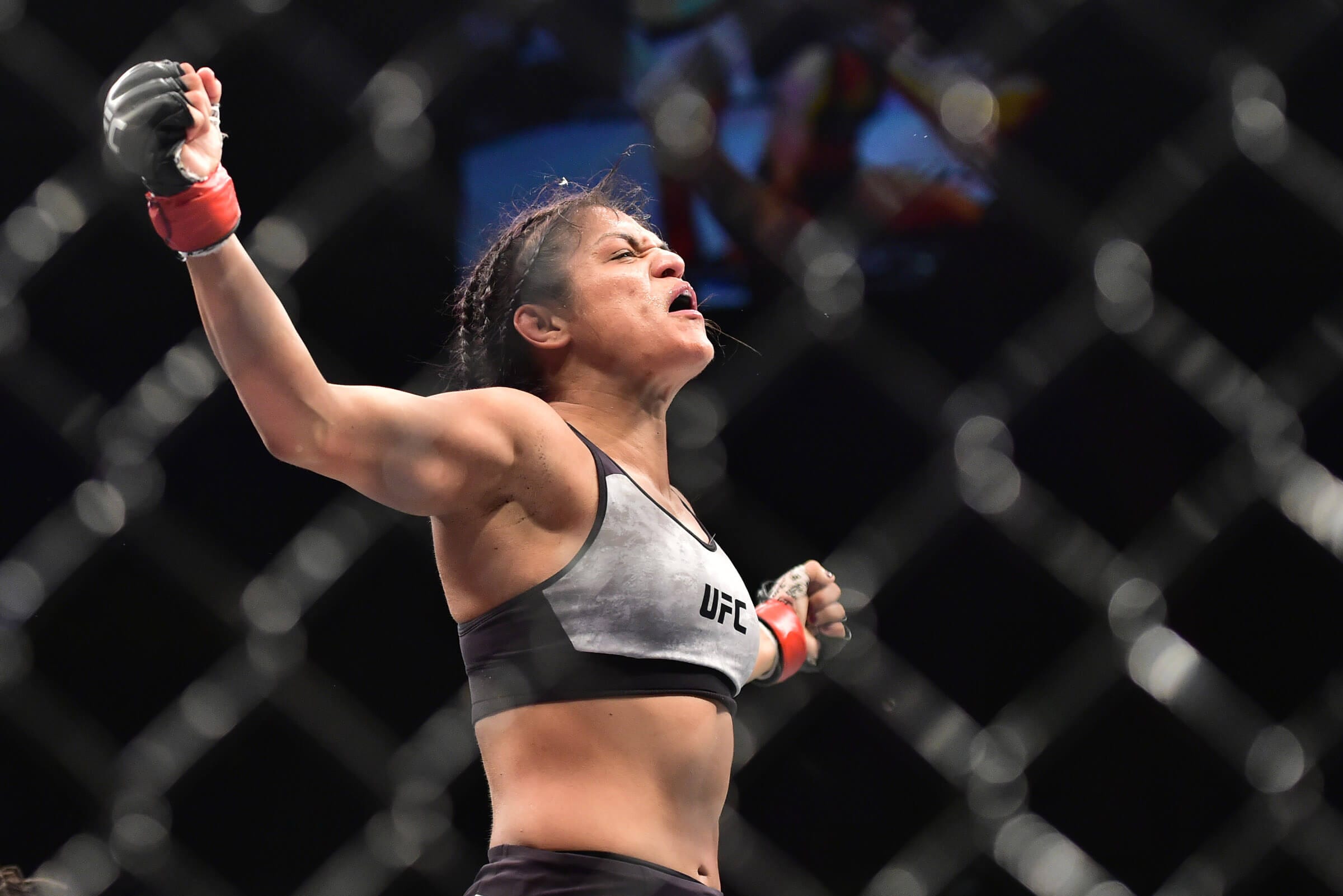 UFC 254 is getting a fight between two top five women’s flyweight contenders. Cynthia Calvillo (9-1-1) and Lauren Murphy (13-4) are expected to throw down per MMA Fighting.

Fight for the next UFC title shot?

Cynthia Calvillo didn’t mess around when she made the move up to flyweight this year. After struggling with her weight to stay at strawweight, Calvillo moved up to what’s more of her natural weight class.

Calvillo and Eye got a main event slot at UFC on ESPN 10, and Calvillo put on quite the performance. She used her strong grappling base to neutralize Eye and get the unanimous decision victory.

Because she moved right in and took out the number one contender, she made her flyweight rankings debut at number two. Her impressive victory in her first fight proved that she could hang, and some thought she could be ready for a title shot.

We now know that Jennifer Maia is getting the next shot at the champion, Shevchenko at UFC 255. With that, Calvillo will need one more fight to get to a title shot.

That is where the fourth ranked fighter in the UFC‘s flyweight division, Murphy, steps in. Murphy is no joke herself and she’s coming into this contest riding a three fight winning streak.

In her last fight, Murphy put on an excellent performance over the tough Roxanne Modafferi. That win put Murphy squarely in the top five, perhaps just a win away from the title shot.

These two ladies are likely next in line for a shot at the title. We do not know what this means for Katelyn Chookagian. However, these two will face at UFC 254 and the winner will likely have their eyes focused on the UFC 255 co-main event. 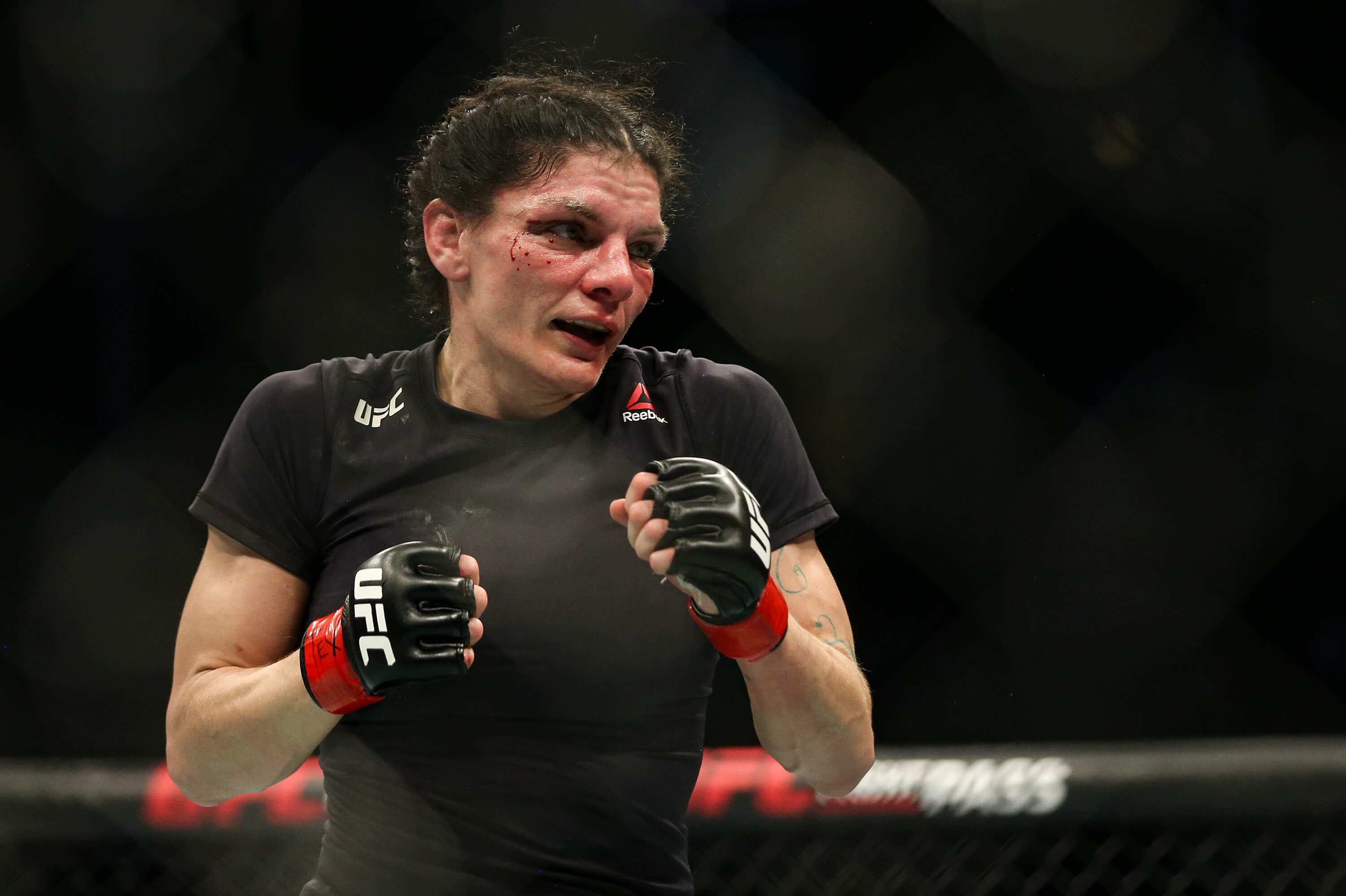 The situation in the UFC women’s flyweight division is one of the more intriguing ones right now. One of the top-ranked names in the division, sitting at number two, is Cynthia Calvillo – and before now, she didn’t have a rank in the division at all. That’s because Calvillo is moving up from strawweight after having trouble making weight, and after picking up the win in the main event of UFC on ESPN 10, she’s been placed at the number two contender spot in the rankings.

Already, though, there are other fighters gunning for her position. That includes Lauren Murphy, who was victorious at UFC on ESPN 11 against Roxanne Modafferi. Murphy is at number seven in the rankings but like much of the division, fell when Calvillo was inserted at number two. That’s despite bouncing back from a 1-1 start in the division by winning her last three fights.

“I have the longest win streak in the flyweight division right now and all of my wins are over ranked opponents. Nobody else in the flyweight division can say that. I knocked out the No. 12 contender. I beat Andrea Lee, and she was ranked No. 7 and I was a 4-1 underdog in that fight,” Murphy pointed out after her victory. “I’m 4-1 in this division and my last three wins are over ranked opponents, my only loss is to someone that’s is now a bantamweight and she was undefeated at flyweight.”

As for who Murphy wants next? She’s not shying away from the challenge of taking on a top tier opponent.

“I definitely deserve a spot in the top five. I think I deserve a spot on the women’s pound-for-pound list and I want to fight Cynthia Calvillo next. She’s the girl to beat right now. She’s a really, really excellent fighter,” Murphy said.

Calvillo has a streak of her own going right now, however. She has a 9-1-1 record and her only loss is against Carla Esparza. She’s beaten well-known names, most recently Jessica Eye but also others such as Joanne Calderwood and Pearl Gonzalez.

She’s not an easy opponent by any means but that didn’t stop Murphy from speaking positively about her odds.

“She walked right into the division and she took the No. 2 spot and I think that’s a great matchup for me. I think I can beat her and I want to show everybody that I can,” Murphy continued.

She may have to wait her turn, however. With Calvillo coming in and unsettling the division right away, there’s a decent chance the rest of the top contenders will be gunning for her soon enough.